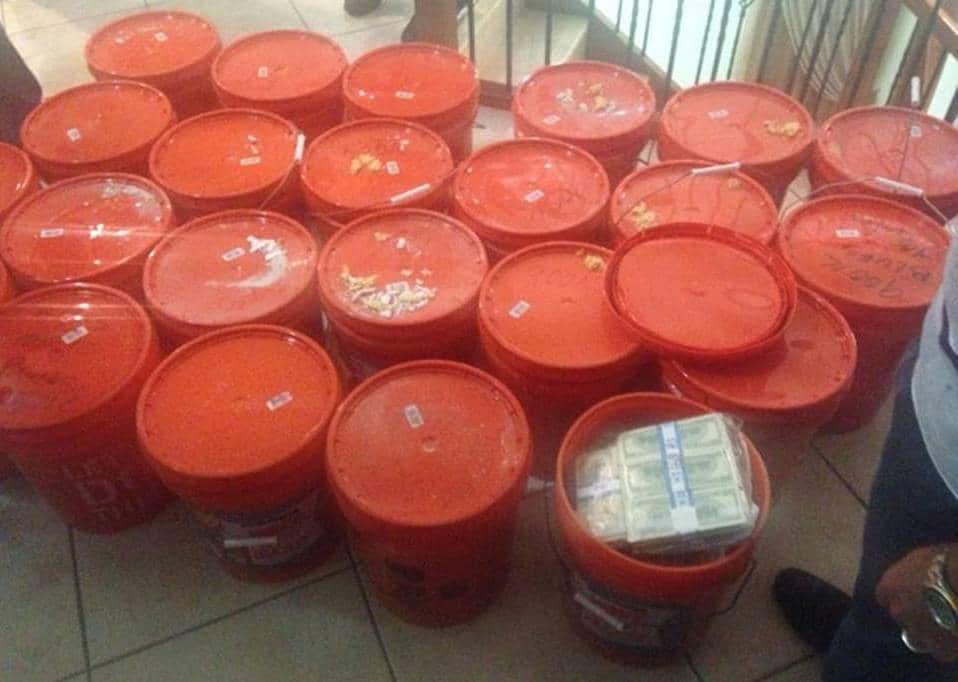 Luis Hernadez-Gonazales, 44, and his sister Selma Hernandez, 32, have been arrested on suspicion of running a marijuana drug trafficking operation after Miami Dade authorities came across no less than $24 million in cash hidden in Home Depot buckets at their upscale Miami Lakes home.

The bust according to a report via the miamiherald has been called the largest cash seizure in department history after detectives found bundles of $100 bills in heat sealed bags stuffed into five gallon deep orange buckets hidden in a secret wall compartment. In total up 24 buckets of cash equalling $24 million was found.

Ironically, the hidden room was guarded by a hallway statuette of St. Lazarus, a Catholic saint popular in Cuba and with followers of the Santería religion.

The brother, held on a $10 million bond now faces charges including money laundering, marijuana trafficking and possession of a firearm while committing a felony.

Gonzalez was held on $12,500 bail for conspiracy and drug-related charges. 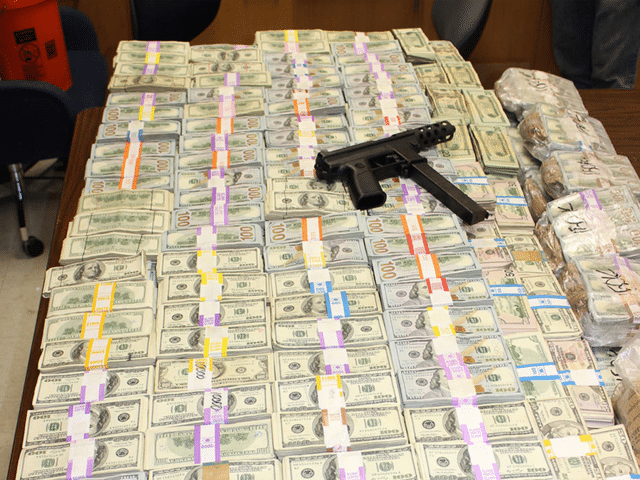 The brother and sister’s arrest came after suspicion that a Miami garden store that Luis Hernadez-Gonzalez and Selma Hernandez were running, The Blossom Experience a North Miami Dade store catering to equipment for indoor gardening was also facilitating an illegal marijuana growing industry.

Federal agents believe the business had been involved in trafficking marijuana principally in Tennessee along with two other men.

Discovered at the place of business during Tuesday’s raid was marijuana, marijuana seeds and $180 000 cash in a safe. It wasn’t until investigators moved onto the brother and sister’s home address that they came across the stuffed Home Depot orange buckets of cash.

The DEA began investigating Hernandez-Gonzalez back in 2010, after he dished to a confidential informant about the secrets of drug trafficking.

This year, agents took interest in the business owner again when they caught him on a wiretap giving pot-growing advice to suspected traffickers. 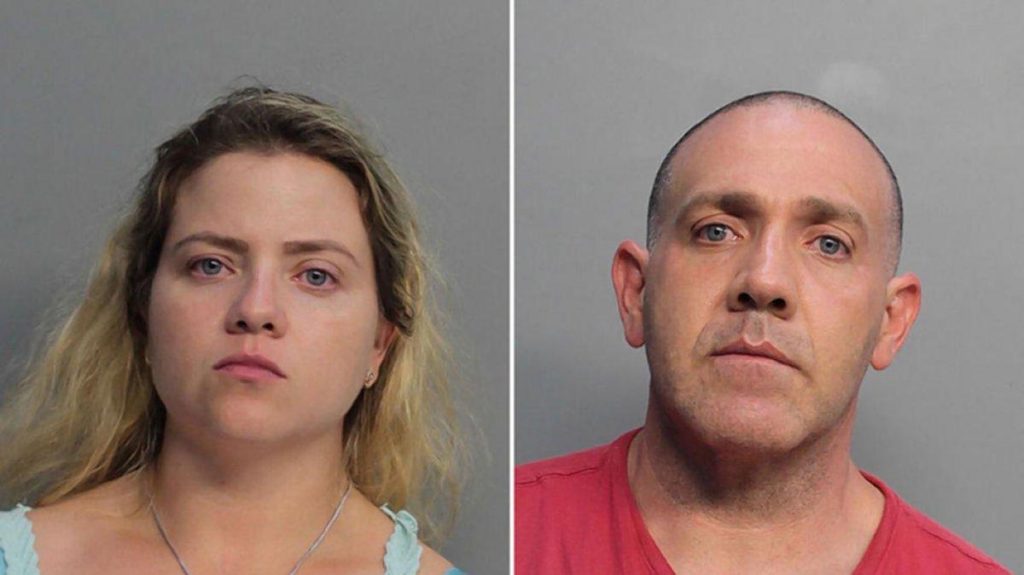 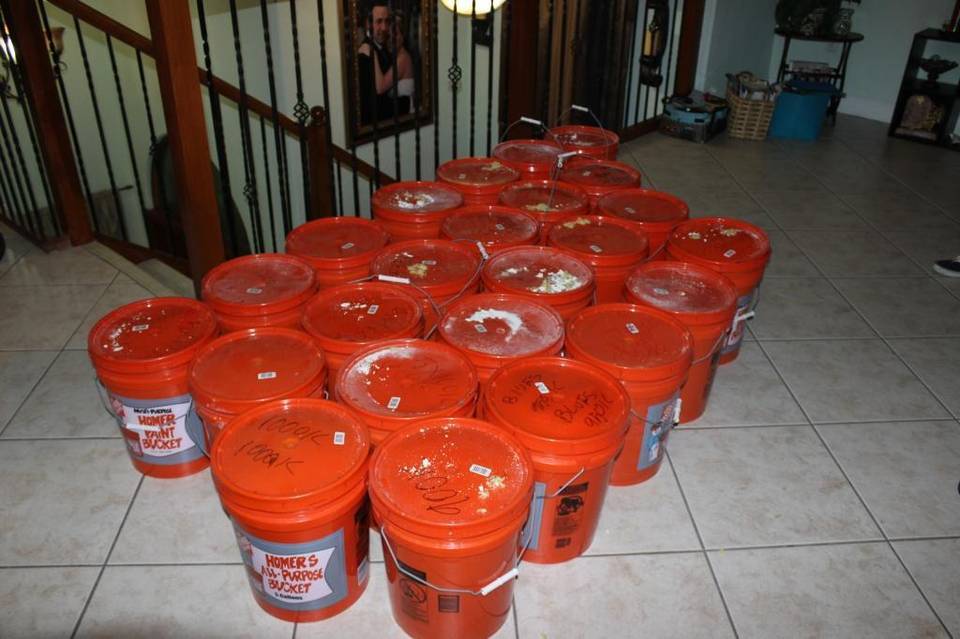 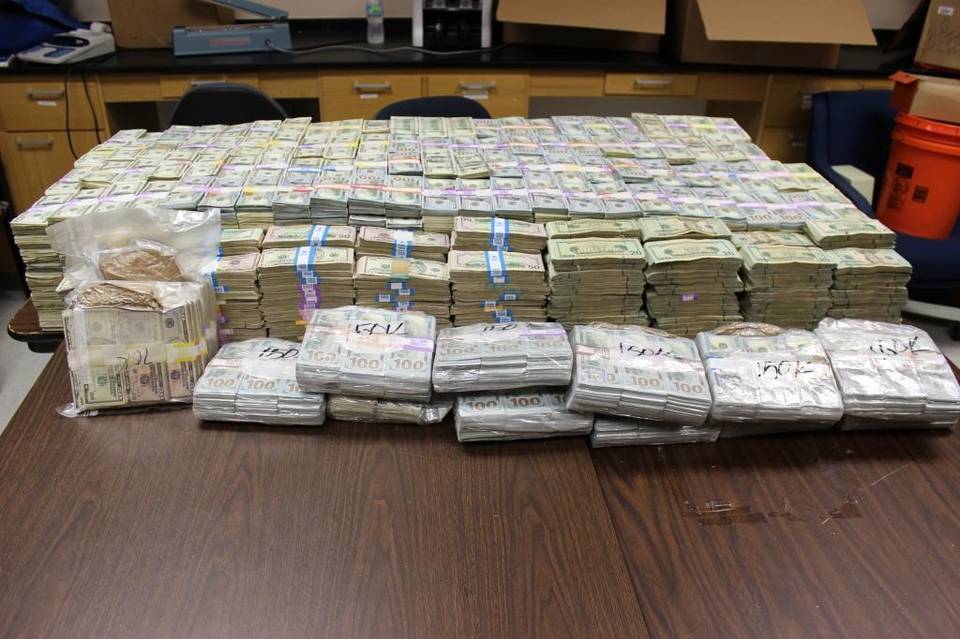 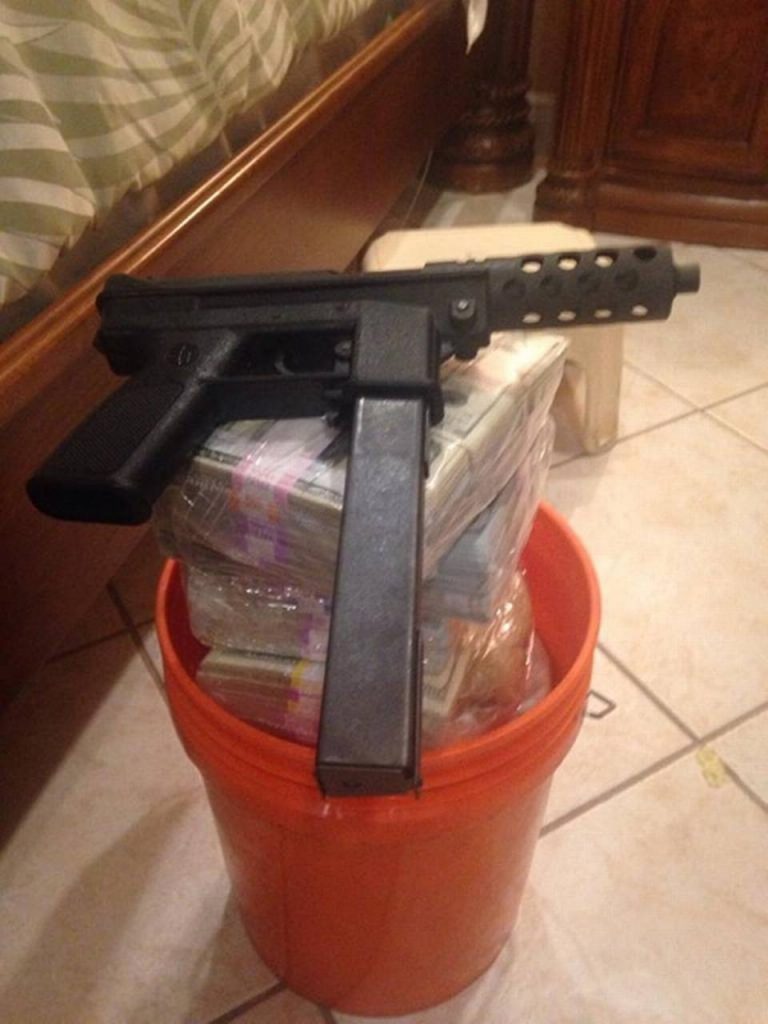