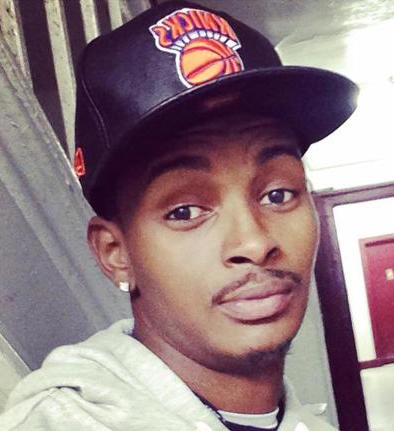 William Powell IHOP waiter: A case of taking from the rich and giving to the poor or a case of helping himself through the expense of his employer?

William Powell an IHOP waiter has been arrested and charged with grand larceny after giving away more than $3000 in soft drinks to diners over a seven month period.

Upon his arrest on March 2, the 27 year old waiter told cops he was the ‘modern day Robin Hood.’

‘I am not stealing,’ William Powell told cops. ’I am serving the ones in need. I take from the rich and give to the poor. What’s the big deal? I’ve been doing this since I started here.’

The IHOP waiter according to a report via the nypost who’d recently started working at the Brooklyn, NY got caught when bosses found out the ‘modern day Robin Hood’ was only making a paltry 6 percent in beverage orders, compared to 17-20% his peers were making, despite video surveillance showing the waiter serving the same amount of drinks.

The bust lead to management firing the man who who believed Powell despite his claims of taking from the rich and giving to the poor was most likely taking from his employer in the hope of collecting himself a better tip from customers. A claim that William Powell adamantly denies.

Told the IHOP waiter via the nydailynews: ‘It was me looking out for the community. There are certain people that couldn’t afford the drinks,’

‘There was no malicious intent. Me and the owner weren’t seeing eye-to-eye.’

Powell says when he would see a customer hesitate before ordering a beverage, he just threw them in for free.

Recalled the busted waiter: ‘I kind of told them, “This is not supposed to happen, but here you guys go.”

Since charged with felony grand larceny and possession of stolen property (the rich understand payback when you steal from them…) William Powell the former IHOP waiter was released from jail on his own recognizance.

Yet while the waiter may have enjoyed the feeling/illusion of taking/stealing from the rich and giving to the poor, Powell admits to whether he will ever be able to find work as a waiter again.

‘You can change people’s day through jokes and everything.’

Except that is when the joke lands on your face….