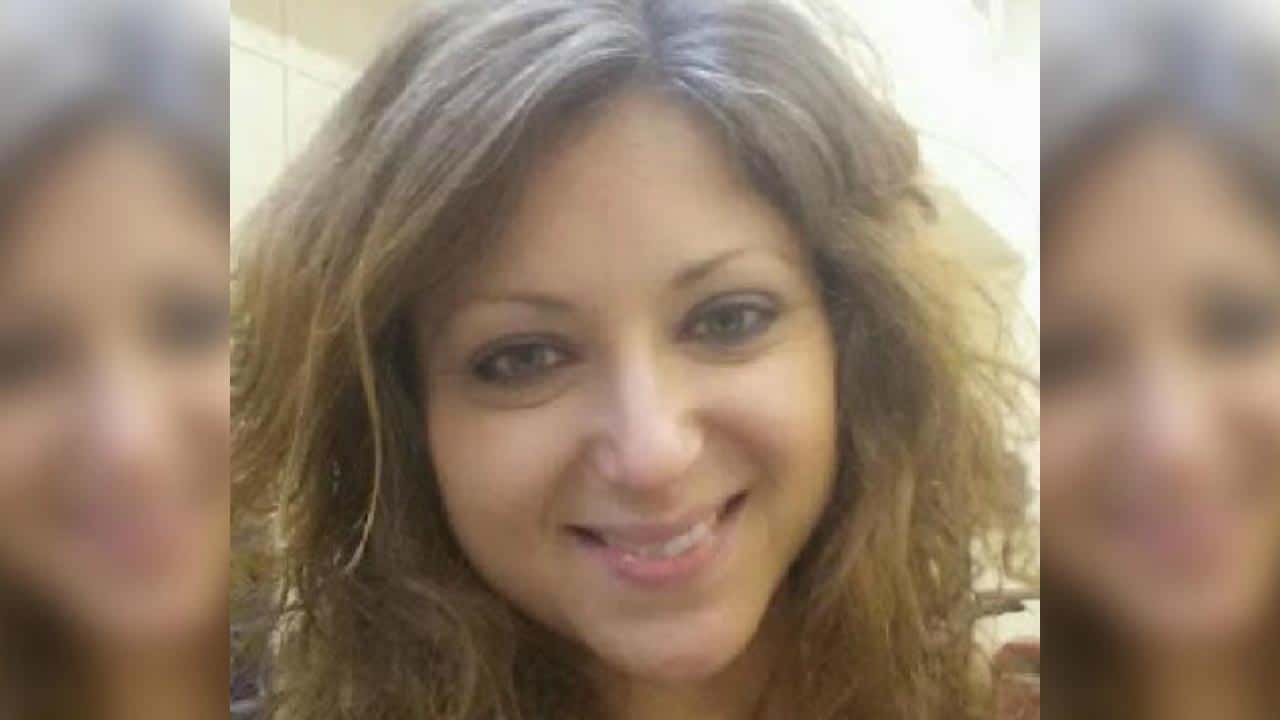 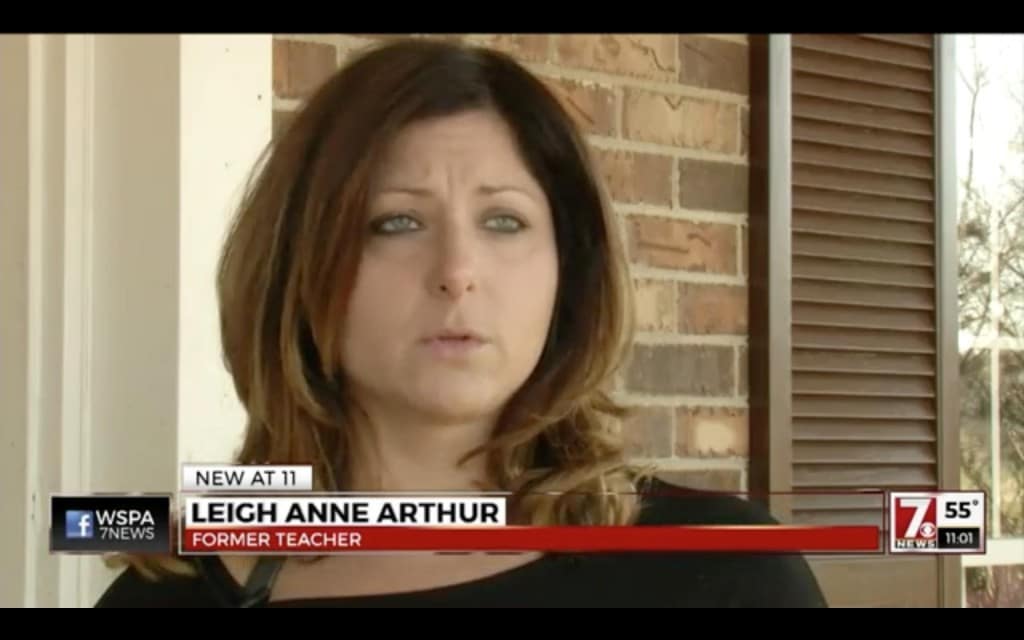 Leigh Anne Arthur petition: Will one school board back down? School hits back, calls teacher liar.

A petition to force the hand of South Carolina school board, Union County schools to reinstate ousted teacher Leigh Anne Arthur is gaining momentum. Raising the question, will one Union County Career and Technologicla Center mechatronics teacher get her job back?

The move to force the school board to reinstate Leigh Anne Arthur comes after a recently created petition amassed thousands of petitioners (5590 signatures at time of publishing) ever since risqué images of the teacher flooded social media.

At the time, the married teacher was given an ultimatum, risk being fired or agree to resign after a delinquent student stole images off the woman’s cell phone whilst patrolling school corridors.

The decision to force the teacher out came despite Union County schools superintendent David Eubanks conceding via The State that whilst Anne retained a ‘right to privacy’ said distributed ‘offending’ images forced the school to take appropriate action when said images were deemed ‘inappropriate’ and ‘offensive’.

This despite the fact that Arthur had never intended said images which she had taken for her husband’s eyes only to be publicly viewed. Nor had the woman taken any action to share such said images, with the images only ultimately being available after her private person was invaded and said images distributed against her will.

At the time, the school board had argued allowing Leigh Anne Arthur to remain at the school risked compromising moral turpitude and its demands of proprietary of employees.

A view which over the last days hasn’t gone down particularly well with commentators who have demanded why the teacher, ‘the real victim’ should be forced to suffer the consequences of an errant student. A student who the ousted teacher maintains has faced zero sanctions.

The decision to ask the teacher to leave led to commentators challenging the school board’s decision, arguing the board’s stance was equivalent to shaming the victim for having exposed herself and not that of the perpetrator who chose to distribute illicitly gained images.

In turn the school argued the teacher risked school comportment by even having said images exist on her cellphone, which she had brought to work. A point of view that many have since vehemently challenged. 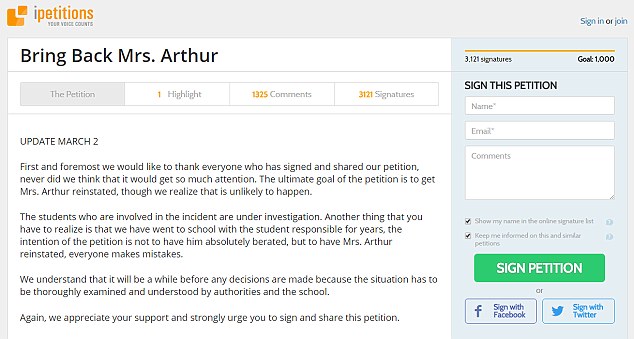 Reflected a bevy of petitioners:

Leigh Anne Arthur is the victim of a blatant attack of her privacy. Personal photographs were illegally obtained by a student and were sent to other students in the school(Union County High).

Phones are private, it is a criminal offense to access to someone elses phone without permission. Having it unlocked and leaving the classroom does not constitute this teacher provided access for students to look through her private things.

I have no problem separating these two things.  She was in possession of something inappropriate for a HS setting.  She failed to secure it and it was exposed.  The medium and how it became public, in her case is irrelevant.

The boy violated someones privacy, and possibly the law.  He should be dealt with accordingly.  Her being fired should not in any way be tied to the boy’s punishment or lack there of.  People make stupid choices that cost them their jobs everyday.  Not locking a phone with nude photos on it and leaving it unguarded around teens, in a HS, in 2016 is dumb enough to get you fired in my opinion.

Just as a phone can be locked so could a purse, yet no one would blame the teacher for not putting a padlock on their purse.

This is ridiculous. The student should be reprimanded at the very least less he go on to harass more women. This school is enabling unacceptable behavior.

Somehow I think that if she’d, say, had $200 in her purse and some kid had gone through her purse while she was out of the room and stolen it, they wouldn’t have asked her to resign. Petty sure it’s almost entirely about the contents of the picture.

What a woman chooses to do with her body is her business. Unless there is a sexual abuse situation going on, there is no reason a teacher should loose their job.

Reacting to the avalanche of demands to have the teacher reinstated, David Eubanks, interim superintendent of the Union Schools District, hit out at Arthur, accusing her of lying, discrediting the woman’s assertion that the student held a grudge against her and was planning on getting revenge when the student purportedly told: ‘your day of reckoning is coming’. 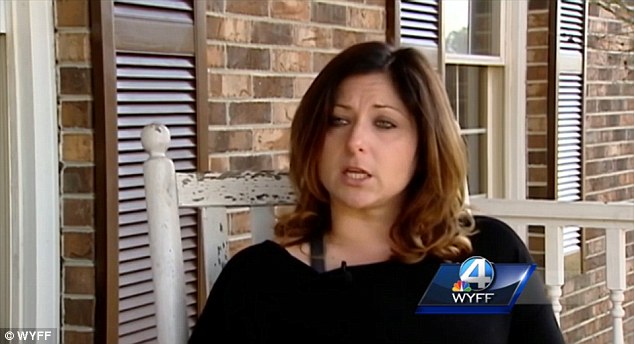 Told Eubanks via the dailymail: ‘One of the most critical responsibilities that a classroom teacher has is the supervision of students. In this particular case there was a breakdown in the classroom in that most critical area.

‘Evidence and statements indicate that the teacher was not where she should have been at the time the incident occurred.

‘As a result, a student accessed inappropriate material on her phone, sent it to others, and as a result may also be severely punished by law enforcement as well as the school district.

‘This is a case where a staff member, properly supervising students, could have prevented a very serious problem.

‘The teacher involved has widely reported that the student is not being punished. That is incorrect along with many other statements made by her.

‘The extent of the punishment of the student will be determined by the findings of law enforcement. One error, along with many false statements, by a teacher, has and will affect the lives of many.’

To date the school board continues to maintain the view that it enacted the right policy when it asked the ‘errant’ teacher to leave. What do you think? 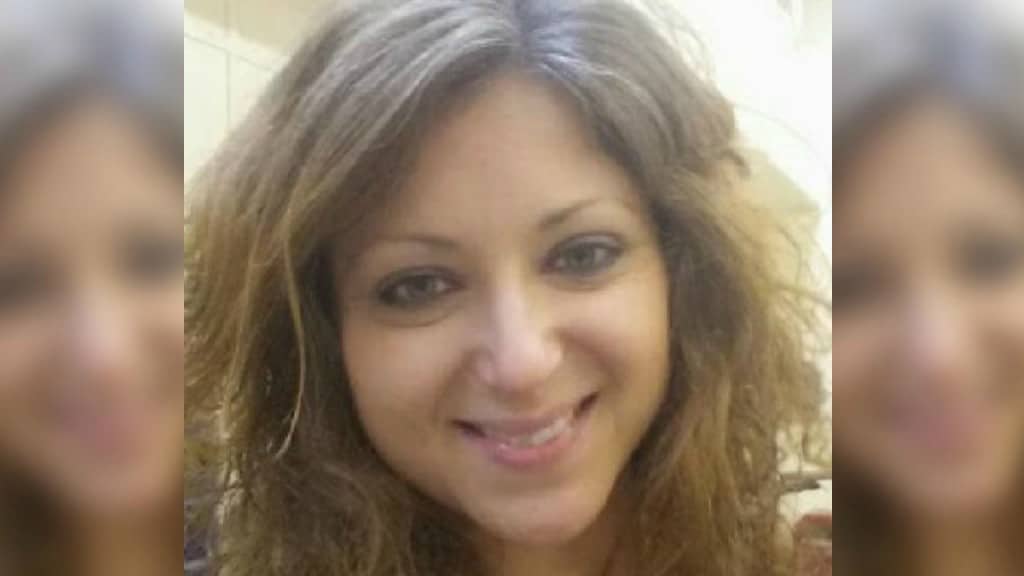 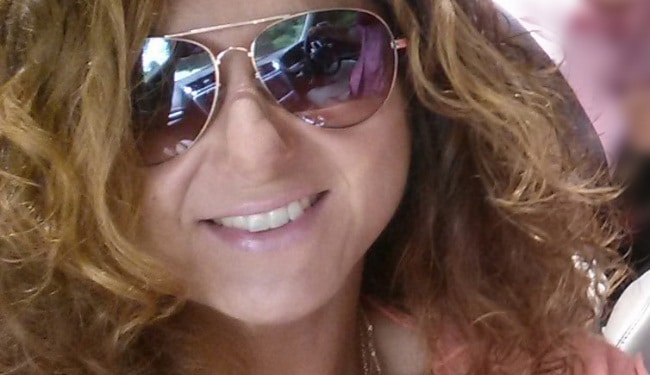 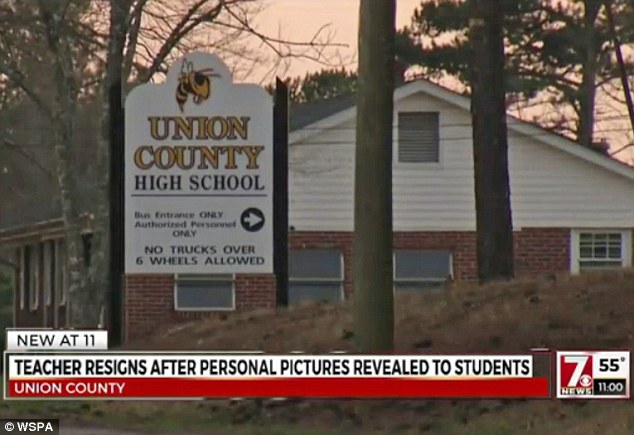 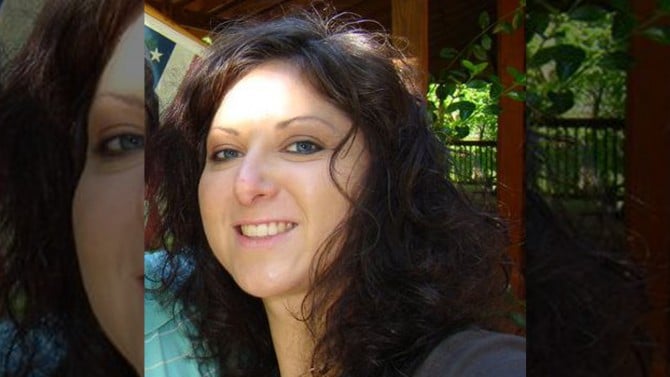