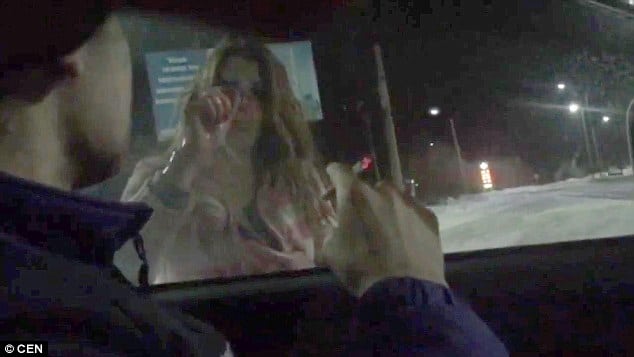 A shocking video has captured the moment a discombobulated woman running along the ice packed streets of Temirtauin, Kazakhastan pulls over a passing car only to tell its two shocked occupants that she has just killed her boyfriend lover.

The video starts off just moments before the distressed woman staggers towards the two men sitting in a car on a snow covered road in the city of Temirtau in north central Kazakhstan.

With the woman moving in their direction the car’s headlights are turned on with the woman now moving closer towards the car. Standing outside the passenger window, the woman begins to frantically motion to something in the dark, her blood soaked hands very much in view.

Pleading she begs the car’s occupants to let her in so she can find a place to stay after killing her boyfriend after a ‘serious fight.’

As the 29 year old woman waves her hands, she appears to gesticulate towards where the killing may have taken place.

Rather than sticking around, the two men look to flee the scene as one of them is heard is saying, ‘let’s go, let’s go’ as the woman speaks.

Following the encounter, local police told of the woman being arrested and charged with murder.

Told Police spokesman Bakhytzhan Kudiyarov: ‘The killer confessed that she stabbed the man with whom she was living with a knife and then ran outside.’

He added that murder happened after the couple got into a ‘serious fight.’

A report via the dailystar tells of the incident triggering debate with many criticizing the lack of action by the two men in the car she turned to for help.

Told one user: ‘Cowards. They should have gone to the apartment and helped the man.’

‘At least they could have called an ambulance, and all they were saying all the time was ‘let’s go, let’s go’.’

Another added: ‘That is horrible. The two sit together and are afraid of one girl. It is a shame that now we are surrounded by men like that. I am completely bemused.’

The case is now a murder enquiry and the woman risks a sentence of life imprisonment if found guilty of the crime. 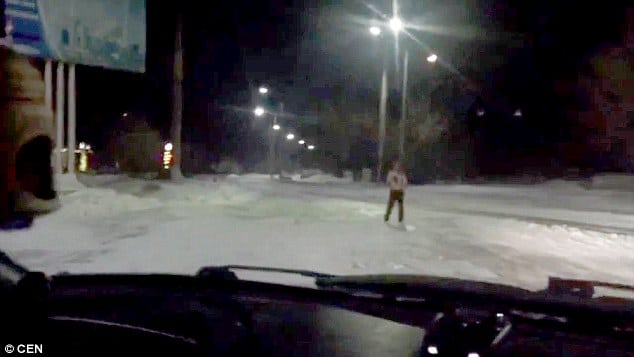 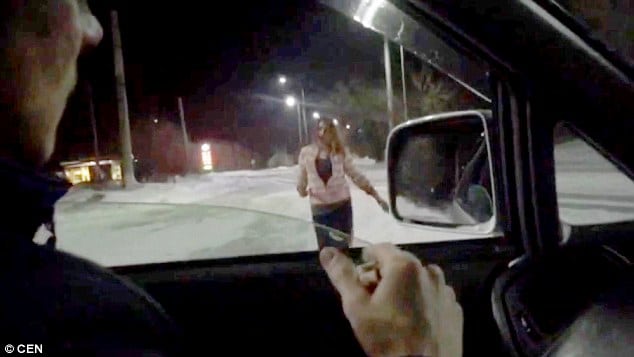