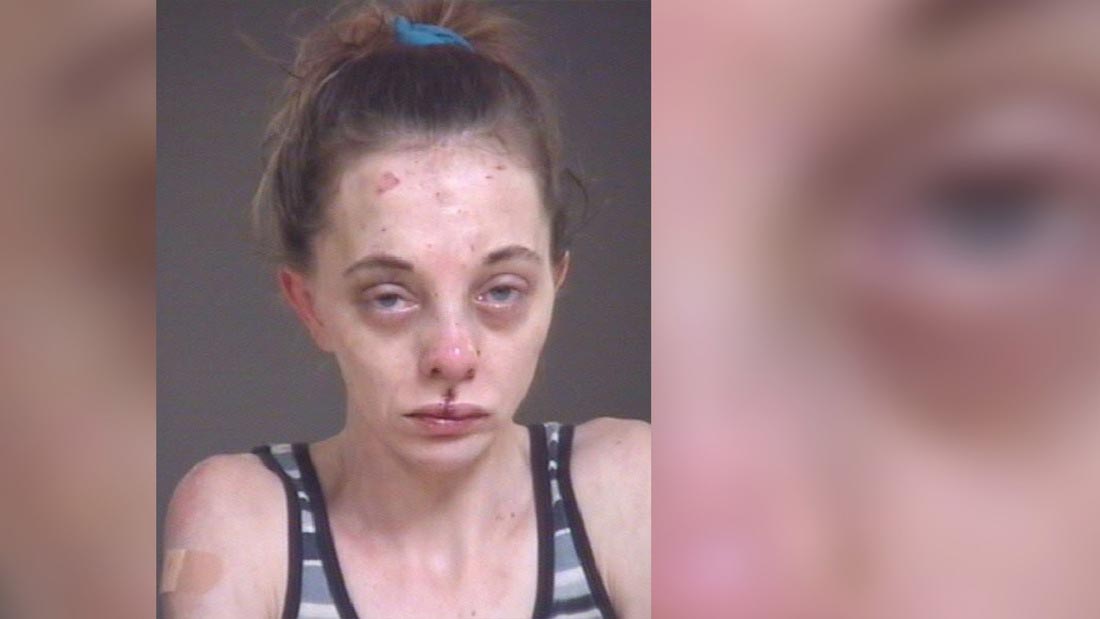 At the time of her arrest the 30 year old mother was said to be high on prescription drugs.

Stephanie Tillman’s arrest comes after after the woman’s husband, Jerry Allen called 911 saying he had come home from work to find his baby son unresponsive, unclothed and alone on a living room sofa.

Upon searching the family home, the man found his wife and the baby boy’s two siblings, aged three and four, in the back of the home, in the bedroom, also without clothing.

An investigation of the family home led to the Lincoln County Sheriff’s Office describing the home as ‘filthy from human and animal waster and garbage.’

The sheriff’s office went on to tell Stephanie Tillman was treated at the scene for ‘injuries she received two days earlier as the result of an assault and what appeared to be extreme intoxication from prescribed medication.’

The father told cops he could not determine any injuries on the child or identify anything that would have caused him to die, according to the Charlotte Observer.

The toddlers, who were otherwise apparently unharmed, were taken into the custody of social services and released to other family members.

Told the father via wncn: ‘I knew she was taken the stuff, but she had never went that far,’

‘I’m going to miss him more than anything in the world,’

Adding: ‘I don’t want to ever see her again, ever speak to her again.’

An autopsy will be performed at Baptist Medical Center on Monday to determine how the boy, whose name has not been released, died.

Investigators said more charges are possible pending the results of the autopsy and other forensic test results. It is not necessarily understood if any charges will be levied against the father.

Of concern is to what degree the father was aware of his wife’s prescription drug habit (amongst presumably other substances) and why hadn’t the man sought refuge for the children and help for the woman? Which is to wonder to what degree was or if the father also abusing substances?

Stephanie Tillman is being held in custody on $10,000 bond. Her next court appearance is scheduled for January 12. 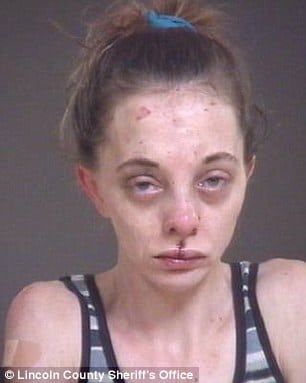