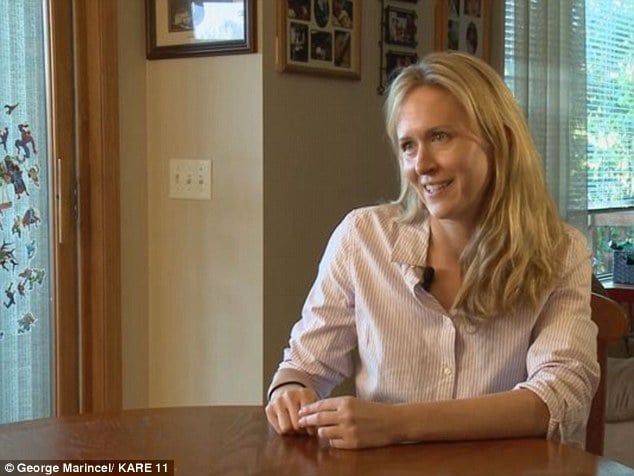 Minnesota woman Jessica Baker is outraged after receiving a dinner bill for $75 after canceling on her friend’s wedding day on the day of the ceremony.

En route to the her friend’s wedding, Baker was forced at the last moment to cancel after receiving a call from her mother that she could no longer watch her children. Baker had asked her mother to take care of her kids on account that children were not allowed at the ceremony or reception.

Thinking she had done right by letting the bride know that she wouldn’t be abel to make it on her big day, Baker was shocked when a few weeks later she received a $75 bill asking her to cover the cost of her and her husband’s missed meals.

Told a flummoxed Baker after reaching out to KARE 11: ’You’ve got to be kidding me,’

‘It listed, we would have had two herb crusted walleye and there was also a service and tax charge.’

The bill also came with a note for Baker and her husband that read; ‘This cost reflects the amount paid by the bride and groom for meals that were RSVP’d for, reimbursement and explanation for no show, card, call or text would be appreciated.’

Standing her ground, Baker told she has no intention of paying the bill and to boot she has as of yet sent the couple a gift or card.

What do you think kids? Could that have something to do with the sudden no show bill turning up? Or is Baking being taken to task for other unsaid/perceived grievances?

Typical convention allows wedding guests up to a year to send a gift or card, and are expected to do so if they RSVP yes to a wedding.

Sending a bill however is another thing.

‘Under no circumstances should you choose to follow up after the fact…kind of questioning why they couldn’t attend or much less sending a bill,’ said Minnesota Bride editor Sarah Baumann Rogers who called this a ‘wild story.’

She then added, for the benefit of all soon-to-be-married couples; ‘General rule is prepare for about 10 percent of overage or underage when you’re planning a big event like that and catering companies are well aware of this.’

Common sense would dictate that the real world rarely corresponds to what we would expect to see in an ideal world, last minute inconveniences, catastrophes, guests even daring (imagine) bringing extra guests and other unforeseen instances that a well adjusted individual/bride or groom ought to reasonably know to expect.

What do you think kids? Was the bride out of line to send Baker a bill? Was Baker out of line to not follow up with a note or a card after canceling at the last minute at her friend’s big day and perhaps failing to appreciate the demands, strains and financial obligation of putting on a wedding?

Or should these two have not been entertaining a friendship to begin with considering that a lack of sensitive reflection of the other’s situation would have merited. Something even the best of friends sometimes struggle with, never mind adhering to convention and societal expectations … 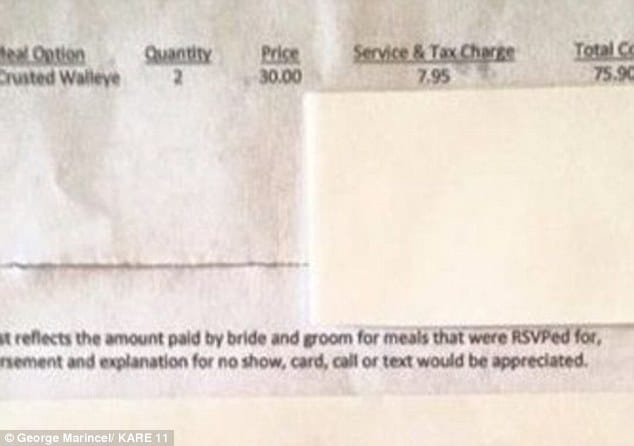