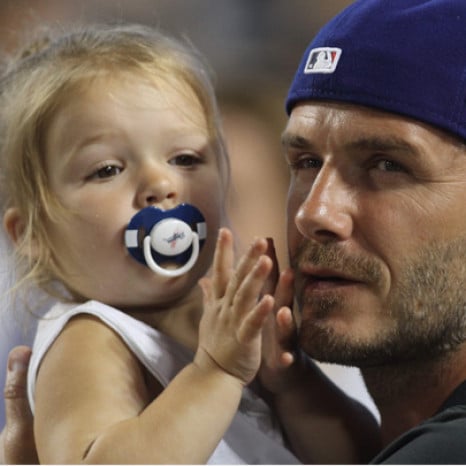 An outraged David Beckham has today hit back at commentators who criticized his four year old daughter, Harper after she was pictured using a dummy.

Taking to instagram, the famous footballer, married to famed designer and ex Spice girl, Victoria Beckham who have four children, Brooklyn 16, Romeo, 12, Cruz, 10 and four-year-old Harper wrote: ‘Why do people feel they have the right to criticize a parent about their own children without having any facts ??

The post comes after punters weighed in whether it was right or not for the four year old to still be using the pacifier at her age.

The footballer in his reaction to punters, warned people to ‘think twice’ before passing judgement on his or anyone else’s parenting skills, stating that they ‘have no right’ to do so.

By late Monday afternoon after posting the rebuke, the father’s post was liked more than 470 000 times, with over 15 000 comments on instagram.

Despite the raging debate, many parenting experts have spoken up to defend the Beckhams and insisted it’s their choice of how to raise Harper.

‘Right. It’s your child, not theirs. Many parents have different parenting methods,’ one commenter wrote.

Child care expert Fi Star-Stone said on Twitter that the dummy wasn’t the big issue: ‘Yes dummies used long term daily can damage teeth AND cause speech issues, but in moderation – they are fine! #DummyDebate’

She also encouraged other parents not to judge how others bring up their children: ‘My final thought: It is VERY easy to hand out opinions on others parenting skills – but my goodness – is she happy? Yes? Leave the child be!’

What do you think, were commentators out of line to take the Beckhams to task, or is the effect of being one of the most conspicuous couples in the world who have no hope of ever dodging commentary and the expectation that some things are off bounds for discussion? 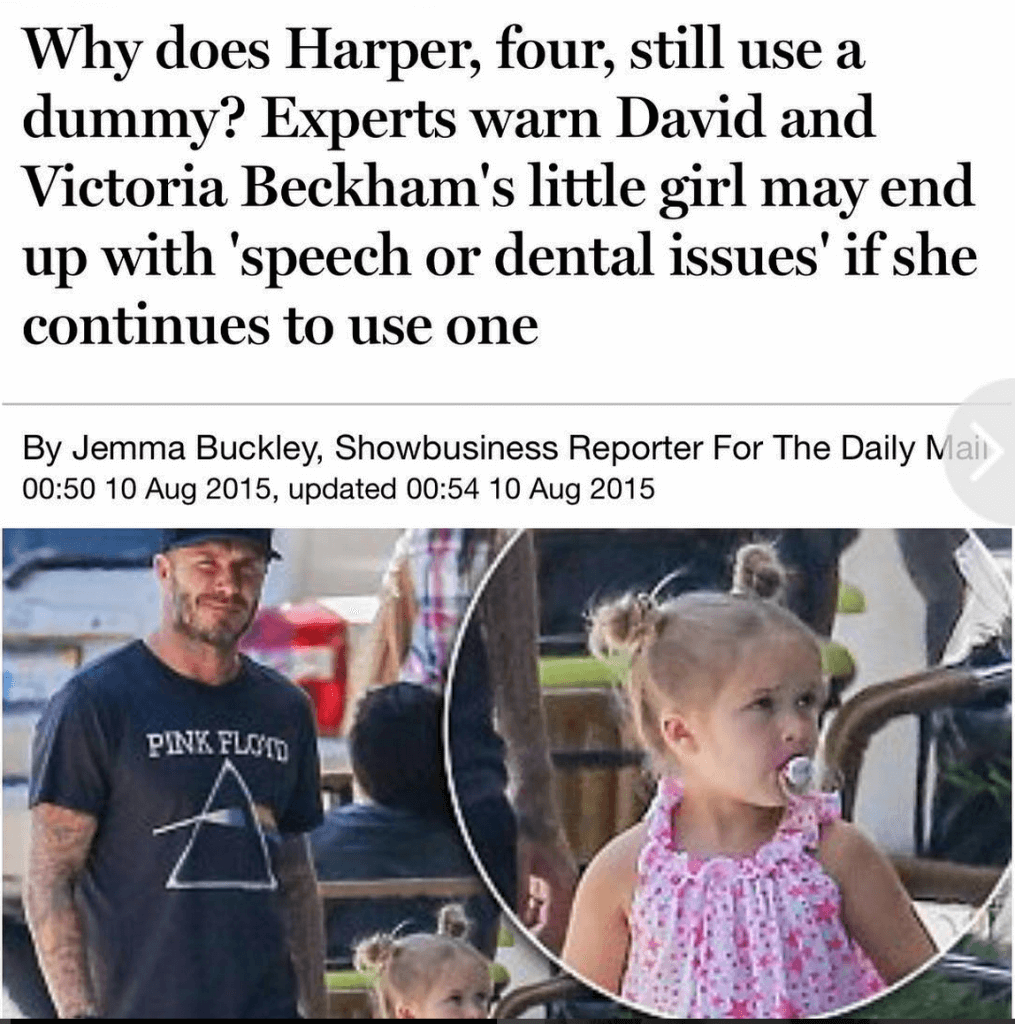