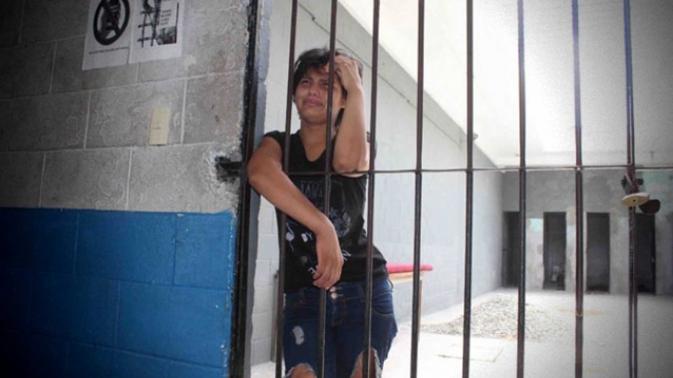 A 21 year old Mexican woman, Dulce Requena Garcia, has spent 12 hours locked away in Tampico city jail after her truck driver husband, Edgar Ivan Perez Alvarado, 26, called authorities complaining that his wife was shirking her responsibilities as a homemaker.

The incarceration came after the wife was unable to pay a fine which she was mandated to pay for ‘causing’ a disturbance.

The husband in turn declined to pay the wife’s fine, presumably because he sought to teach his wife a valuable lesson.

During court proceedings reports local tabloid, Noticiasnet.mx, the husband lamented that his young wife and the mother of his three children, ages 2, 4 and 6, spent too much time lying in bed watching TV instead of doing housework,

He also accused her of threatening and insulting his mother and sisters.

Things between the feuding spouses, who reportedly have been together for seven years, came to a head over the weekend when the husband returned home from work and asked his wife to clean his clothes so he could go out with friends.

The 21-year-old wife and mother of three accused her husband of planning to meet a mistress for a tryst and refused to wash his outfit.

In turn, the disgruntled truck driver husband called police to report on his ‘disobedient’ wife.

In court, Alvarez explained that he wanted Garcia jailed just long enough for her to ‘calm down.’

The wife, on her part, argued that when her husband came to her asking to do laundry, she was not feeling well. She also accused her husband of cheating on her with another woman and being an absentee husband and father.

When Mrs Garcia could not come up with the 400 pesos – the equivalent of $25 – to pay the fine, a judge sentenced her to 12 hours behind bars.