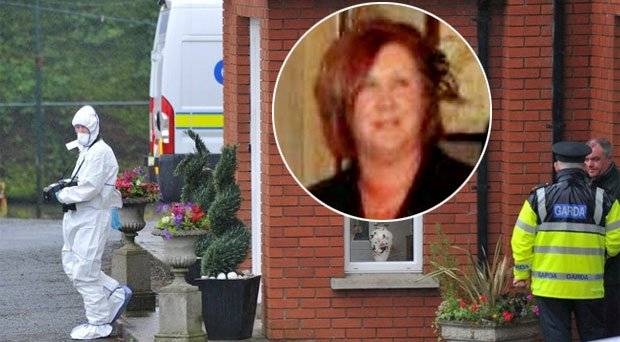 James Quigley a Co Louth, UK father of four is thought to have killed his wife, Marie in their upstairs bedroom before driving head on into M1 traffic the wrong way and killing himself after ploughing into two other vehicles.

The Louth murder suicide has since rocked the normally sleepy town, with family and friends trying to understand what led to the 69 year old husband to dramatically end his wife’s life and his own?

The 68 year old woman’s body was discovered after one of the couple’s children, Kieran Quigley had gone to meet his father, but instead found the house quiet and the upstairs bedroom locked and curtains drawn.

The son then called his cousin to help him break down the bedroom door, leading to the pair finding the body of Marie Quigley, who had suffered serious head injuries.
Soon after authorities arrived at the house to alert occupants that James Quigley had just died in a massive head on collision along the M1.
Three other people involved in the crash were taken to hospital with non-life-threatening injuries.
At the time arriving authorities had been unaware that Marie Quigley had just been beaten to death.

According to local reports, the father, a company oil director was known to be ‘quite friendly’ but was also known to have battled with mental health problems for many years.

Offered one local via the Irish Independent: ‘He suffered with depression and could get very down in himself. He suffered from terrible nerves,’

‘He worked with his brother and would be seen leaving the house for work most mornings.”

It is understood the couple, both well into their 60’s, lost a young son in a drowning tragedy more than 20 years ago.

Another neighbor told: ‘The woman who died was a lovely, sweet woman. She would stop her car to give you a lift if she saw you walking on the street. That was the type of person she was.’

Local priest Fr Gerry Campbell said: ‘It comes as a huge shock to the community and we cannot even begin to imagine what the family are going through at this time.

“It is quite a small area and a place where the family would have been well known so for this to have happened is an awful tragedy for the area. All that we can do now as a community is rally around the four children and do what we can to comfort them at this time. The shock and sadness is unbearable. There is a large extended family but it is in the time and weeks to come that they will all really need our help and we will have to do what we can for them.”

Louth County councillor Declan Breathnach said the deaths were ‘a terrible tragedy and a terrible loss to the community’.

Post mortems will be carried out at Our Lady of Lourdes Hospital in Drogheda today. 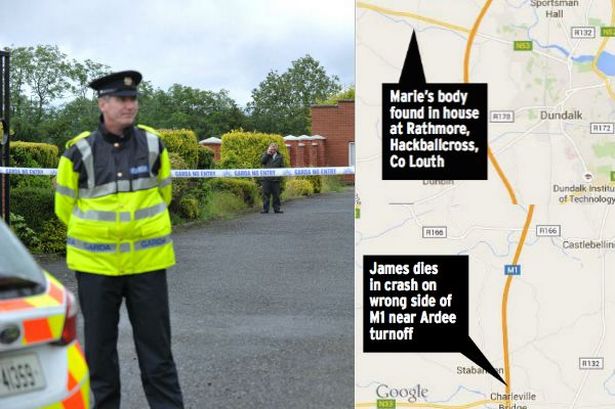 Door to door enquiries being carried out in Rathmore Co. Louth following the deaths of Marie and Jim Quigley. pic.twitter.com/Tn8xl6vwBZ