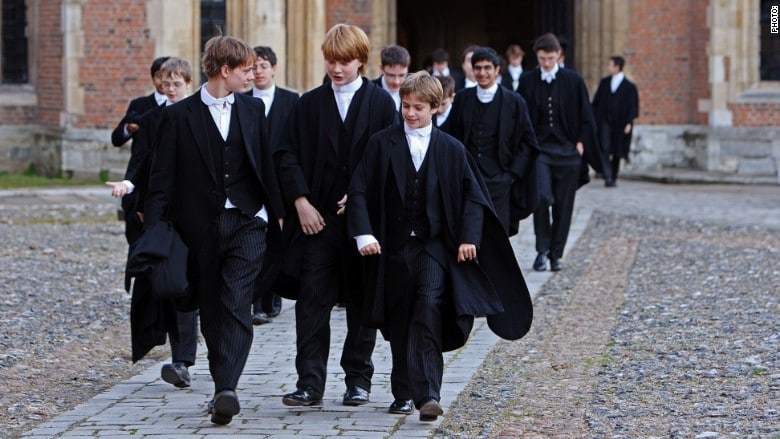 A UK government commission report has confirmed what many have suspected for decades over: that the rich and well to do will continue to rule over the lives of the lower dominion classes.

In what is being termed the poshness test, elite UK outlets continue to use a sublime version of discrimination when it comes to hiring for coveted posts in law, accounting and financing.

Reports the guardian: The commission examined the recruitment processes at 13 elite law, accountancy and financial companies who between them appoint 45,000 of the best jobs in the country. It found that 70% of jobs offered by those firms in 2014 went to applicants from private or selective schools, even though such schools only educate around 11% of the population.

According to the report, employers pay attention to applicant’s mannerisms, accents, personal style when it comes time to deciding who will join their ranks, whilst keeping at bay said applicant’s academic and extracurricular and previous vocational achievements.

Reiterates the guardian: These “soft skills” were repeatedly found to be interpreted as “proxies for ‘talent’”.

Knowledge that is probably has not escaped job applicants who some now resort to disguising their accents and mannerisms.

Some successful applicants said they had to disguise their working-class backgrounds to get on. “When I went home … I could go back to, if you like, my old slight twang. When I’m in this environment I pretend I’m posher than I am,” one said.

Mused Alan Milburn, the former Labour cabinet minister who chairs the commission: ‘This research shows that young people with working-class backgrounds are being systematically locked out of top jobs. Elite firms seem to require applicants to pass a ‘poshness test’ to gain entry.’

And while some have called for a re-consideration of hiring practices, the report suggests that few firms see a business case for changing their recruitment procedures to crack this ‘class ceiling’, with one describing a homogeneous workforce as more ‘efficient’.

Contemplates The Independent: ‘Class has become ‘the new glass ceiling’,

‘The ‘poshness test’ is one way in which Britain’s social divide is widening, despite the rise in the number of professional jobs, which is expected to increase by two million in the next five years.’

Isn’t it time you all moved to NYC (like I did) where your mettle and ingenuity matter more than your class ranks?

After living abroad for thirty years on my visits I still find the UK to be class ridden and reeking of privilege.

You can smell it when you get off the plane.

Private companies should be free to recruit whoever they like, and Government has no business meddling in their recruitment processes.

I suspect not being able to afford unpaid long term internships is a greater block and assures rich kids get the experience and jobs.

This pervasive willing blindness stems from the single most disturbing fact of life in Britain – that Britain persists in carrying the burden of a parasitical aristocracy.

This holdover from a somewhat disgraceful past has been thoroughly romanticized and should have been eradicated centuries ago. But it is still the pivotal factor in determining Britain’s social and economic structure.

It has spawned a sub-class of servants, wannabees and fellow travelers who form the upper echelon in almost every field including politics, finance, theatre, music and film. They are firmly entrenched. They even flaunt clearly defined social markers in the form of accents, schools and residences without censure.

Very naive; it is who you know, not what you know. It has been and will always be this way.