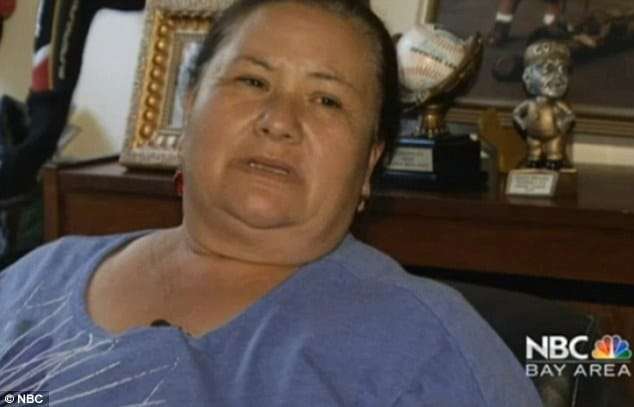 A North Carolina store owner has sued winning lottery winner, mother of five Eva Reyes, 55 because he lent the woman the money to go and buy an Emerald 10 scratch card which led to Reyes winning $1 million.

According to USA Liquors store owner, Laxmi Bhardwaj, the man loaned the woman the money because she promised to share half the winnings should she win.

Despite promising to give the man $50 000, court documents include a note in the woman’s handwriting that they would each take $350 000 after taxes.

Not so argues the woman’s lawyer, Nelson McElmurry, who insists the Milpitas store owner fabricated the letter.

Told the lawyer via NBC: ‘It says $50,000 across the middle, then after it appears, I don’t know, it appears somebody may have tried to squeeze in “three hundred thousand” in hindsight,’

Adding: ‘He’s trying to shatter her little piece of the American dream,’

McElmurry says Reyes has the legal right to change her mind since the money is a gift.

Reyes, of San Jose, won $1,000 from a similar scratch card in December claims she gave the store $100 as a gesture of good will.

Bhardwaj claims she gave them $500.

Now Reyes says she wants all the money to herself to take her family on holiday to Hawaii.

At present the disputed $350,000 is in an escrow account until the lawsuit is settled. The pair will meet in court on March 13

Why should she have had to promise him anything, if she borrowed a few dollars to buy the ticket thats all she should have to give him back.

Is it her name on the back of the ticket, or both of their names? Does he have a signed by both of them, witnesses, NOTARIZED document indicating he is entitled to half the prize? If not, all he is entitled to is whatever bonus the lottery pays out to stores that sell winning tickets.

I call bs on the half part. How could they have known half would have been 350,000? It does look like the ‘iou’ was doctored.

In many states its illegal to lend money for gambling. 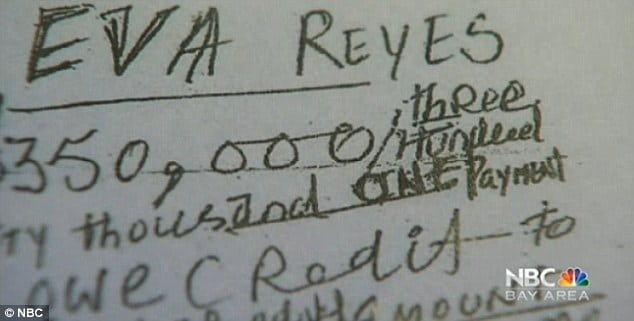