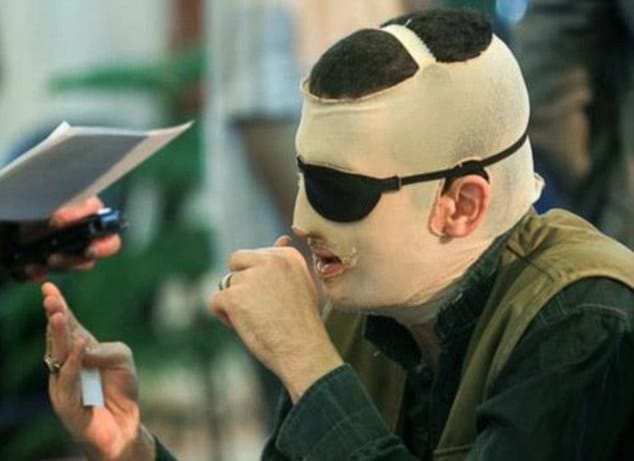 An Iranian man convicted of blinding and disfiguring their victim after pouring acid on their face had his left eye gouged out on Tuesday as part of that nation’s strict eye for an eye punishment policy.

The unidentified man was first rendered unconscious in Rajai Shahr prison in Karaj before doctors removed his left eye. Nevertheless doctors would stop short of also removing the man’s right eye as the victim who has final say, sought at the last moment to postpone whether to have the man go fully blind, seeking a six month reprieve.

The attacker will now be able to plead with the plaintiff to spare him from being blinded fully.

The punishment known as qisas, or ‘retaliation in kind,’ came five years after the man blinded and disfigured his unidentified victim for life. In addition to the retributive procedure, which is decided by the victim under Iranian Islamic law, the convicted attacker was ordered to pay a fine to his victim and spend 10 years in prison.

Another prisoner’s similar procedure was scheduled to be performed Wednesday but that procedure would be postponed by the victim, Davoud Roshanaei in lieu of the upcoming Iranian new year.

Roshanaei would come to lose an eye and an ear after a man, only identified as Hamid S., poured acid on him in 2005.

It was the second time the sentence was postponed after a medical staff refused to perform the surgery in January.

‘The delay is from the medical side and is not our fault,‘ a judge later told the state-run Iranian Fars news agency.

‘We had a meeting with the forensic medicine and they will let us know once there is a doctor who is willing to carry out the sentence.’

Non-profit Iran Human Rights in Norway, which has vocally condemned the sentences they deem to be ‘barbaric,’ hailed the doctors’ refusal.

‘Participation in such punishments are serious violations of the Hippocratic oath and anyone who takes part in carrying out such sentences can not be called a doctor,‘ they said in a statement in January.