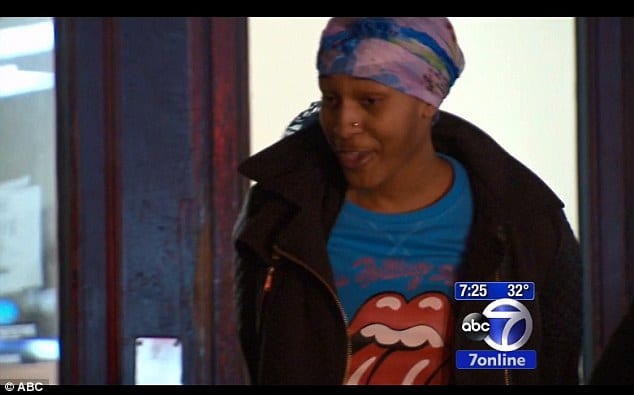 Brooklyn girl Aniah Ferguson has been arrested for her ringleader role in the savage beating at Brooklyn’s Flatbush McDonalds brawl earlier this week which saw her victim and fellow Erasmus High school classmate, Ariana Taylor mercilessly set upon by the teen and her accomplices.

Brooklyn McDonald’s brawl. Why won’t the victim rat out her attackers?

Prior to her arrest, Aniah Ferguson, a 16 year old mother of a one year old from Prospect Lefferts Garden had been arrested six times since last July.

She is said to be one of the six who were seen savagely beating 15 year old student Ariana Taylor who would need to be hospitalized after enduring a savage beating whilst onlookers did nothing.

Since her arrest Ferguson has been charged as an adult with gang assault and robbery after stealing her victim’s purse and cellphone.

The teen’s most recent arrest came last month when she stabbed her brother in the arm, and last year after she punched her 64 year old grandmother in the face.

Speaking to the Daily News, Ferguson’s mother said ‘I’m [Aniah’s] mother and I’m not defending her. I didn’t raise her like this. I don’t know why she did it.’

Since Ferguson’s arrest, authorities have sought to identify the other five girls seen beating Taylor, despite the fact that no witnesses or even the victim herself will give them any information about the incident. 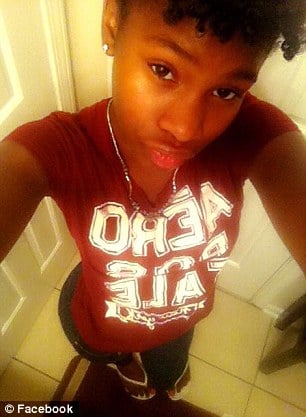 In the interim, Taylor has taken to social media to brag about the ‘fame’ the incident has brought her.

According to the New York Daily News, the 15-year-old wrote on Wednesday; ‘Everyone Like Im Famous Now.’

The graphic cell phone footage emerged earlier this week of the brutal attack that took place after class on Monday afternoon.

The three minute clip showed an unfair fight that began with the victim being set upon by six other student. It is thought that the girls had convened to meet at the Brooklyn’s venue to resolve differences when things began to take on a disproportionate stance.

The vicious fight is cheered on by dozens of other youths who jockey for a good view of the senseless violence.

The fight only ends when the victim is seen lifeless on the floor with bystanders heard saying in the background, ‘She’s dead,‘ and, ‘You murdered her,’ before Ferguson unbelievably is seen stomping on her victim’s head once again.

It is only then an adult appears trying to broker a peace and to steer Ferguson away who continues to try to assault her victim.

NYPD have reviewed the video, but there is very little they can do because it doesn’t appear that anyone has filed a complaint, reports the New York Daily News.

‘The message has to be sent very clearly, that this kind of violence will not be tolerated whether in a mall or in restaurants and those involved should turn themselves in to authorities immediately so as to face the consequences of their violent actions,’ he said.

Anyone with information about the fight is asked to call Crime Stoppers on 1-800-577-TIPS. 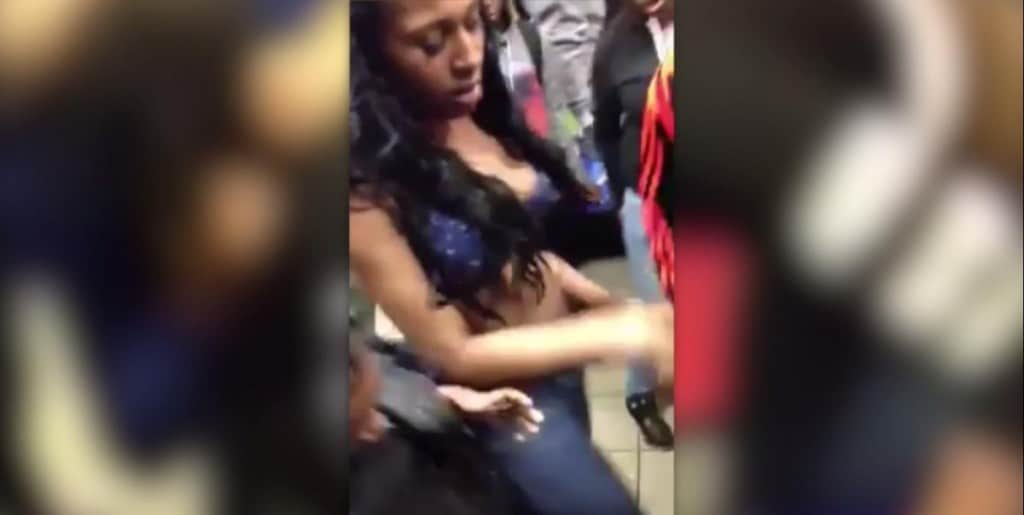 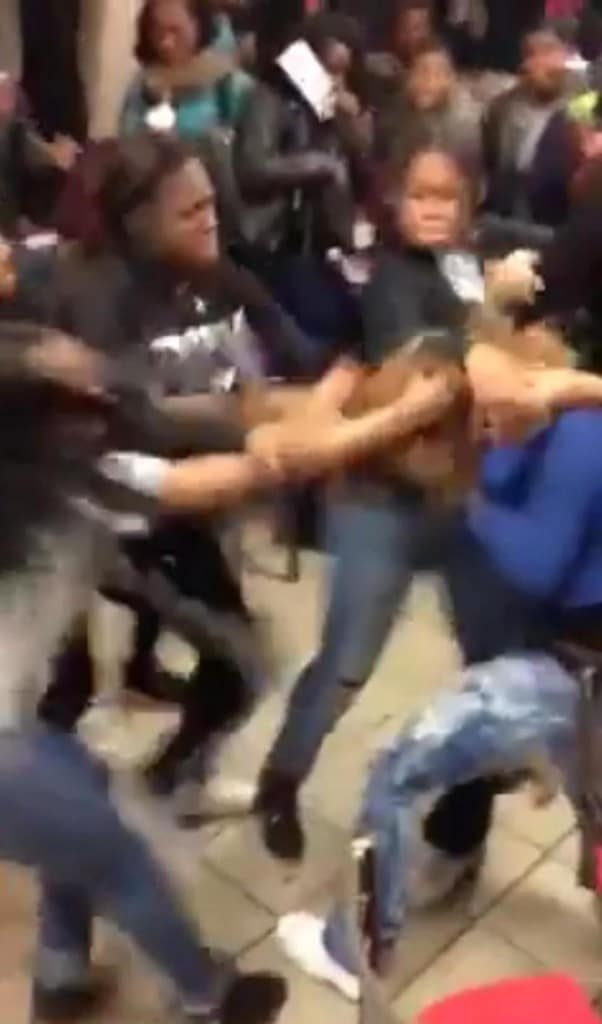 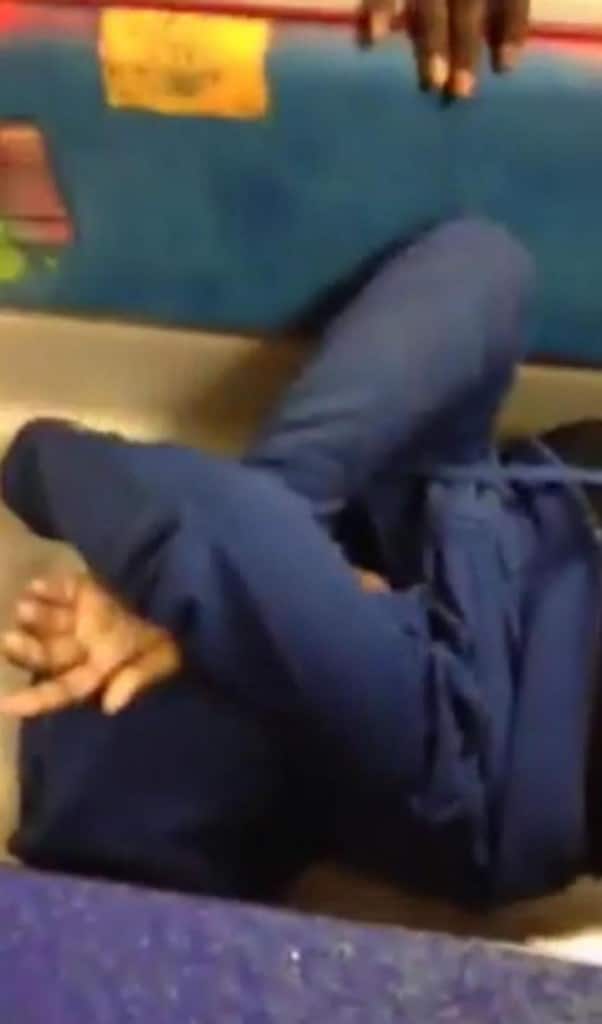 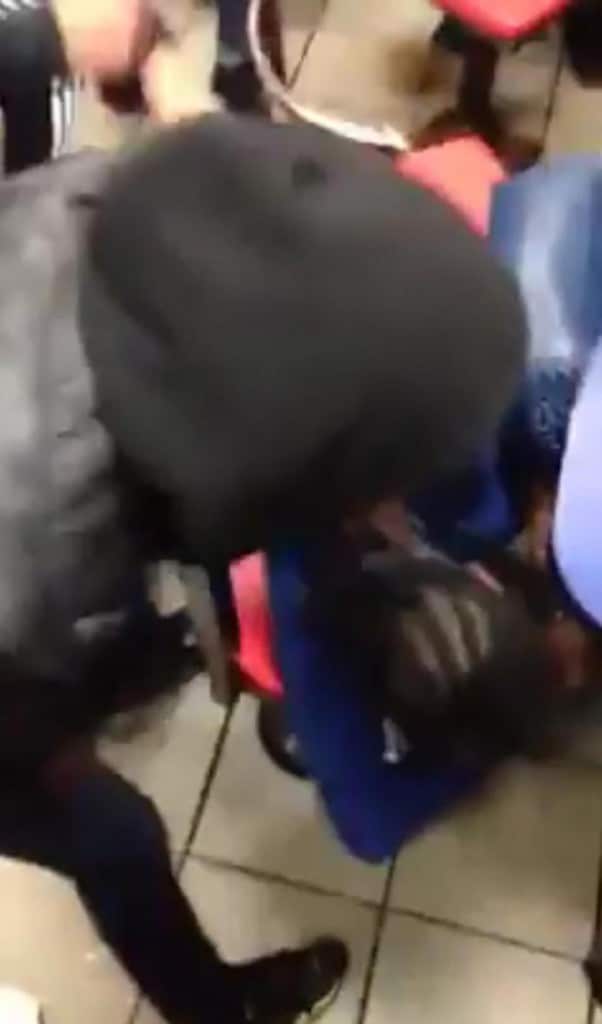 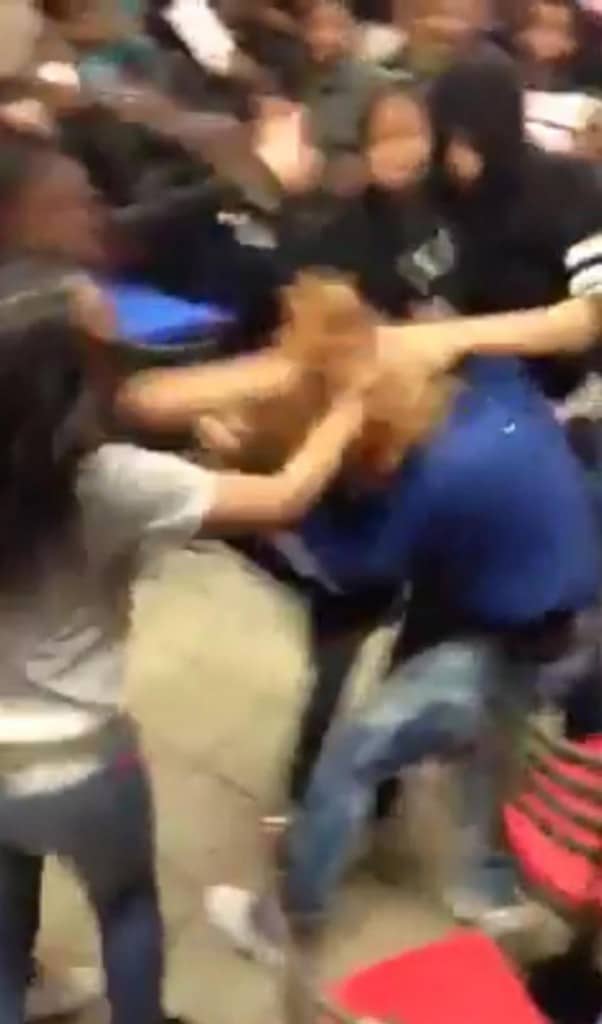 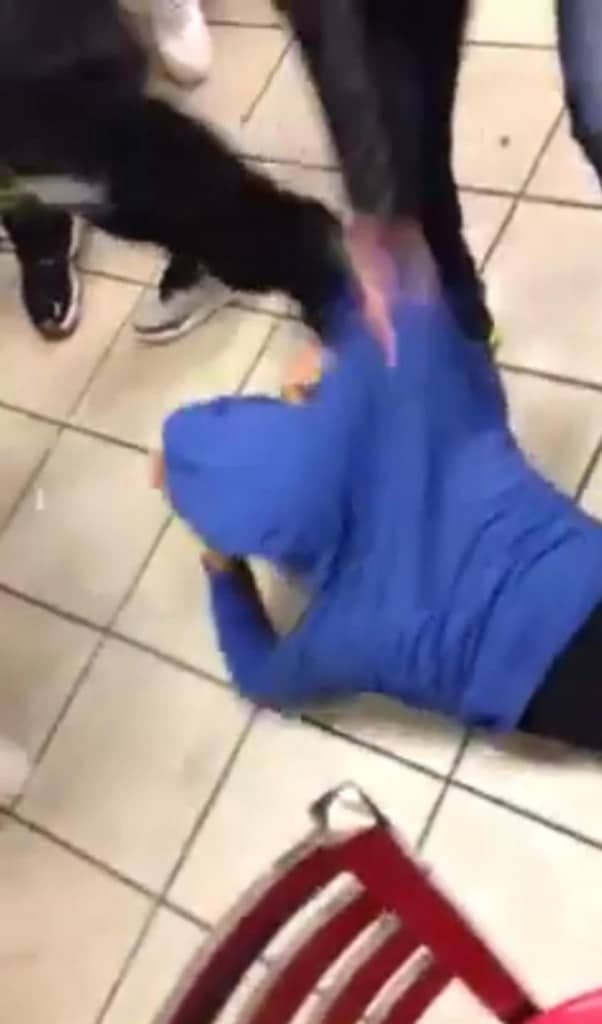