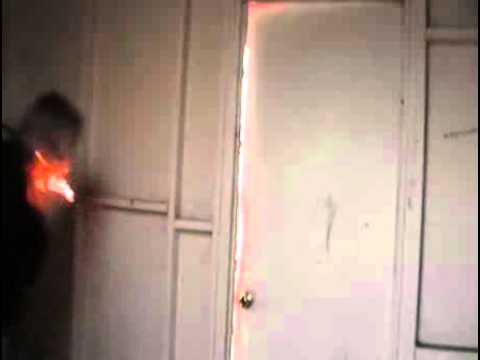 William Norwood a fifty two year old Bronx, NY man is on the run after he callously lit a woman’s face on fire over $10.

According to a police report the man had been arguing with a 48-year-old acquaintance outside his Mapes Avenue apartment in Tremont shortly after 3:30 a.m. Wednesday when he suddenly set lighter fluid on the woman’s face and hair before flicking his lighter and setting her alight.

The NY Post reports that the man had become enraged after the woman took $10 from him refusing to give it back.

It is not necessarily understood why the woman chose to take money from William Norwood and why for the matter the pair had been arguing over money outside of Norwood’s apartment at the dead of night.

Offered the man’s mother, Nora Norwood, 79, who witnessed a portion of the exchange: ‘She said something like, ‘I didn’t take no money, I don’t have the $10,’’

‘I got up and came out and I said to her, ‘Why don’t you just go home honey, just go home,’ ‘ It’s when the woman refused to leave that the mother told tensions escalated. Nora Norwood would admit that her son has found himself in trouble before. Reiterated the mother: ‘He’s been in trouble before with the policemen,’ ‘He talks a lot. He’s a little mouthy.’

That said, the suspects’s mother now claims that the woman’s burns may have been self-inflicted.

Offered the woman: ‘My son told me that she went crazy and lit herself on fire,’

‘I saw her burns and they looked really awful.’

The victim was taken to Jacobi Medical Center.

Norwood fled the scene after the incident and cops were continuing their search for him Wednesday night.