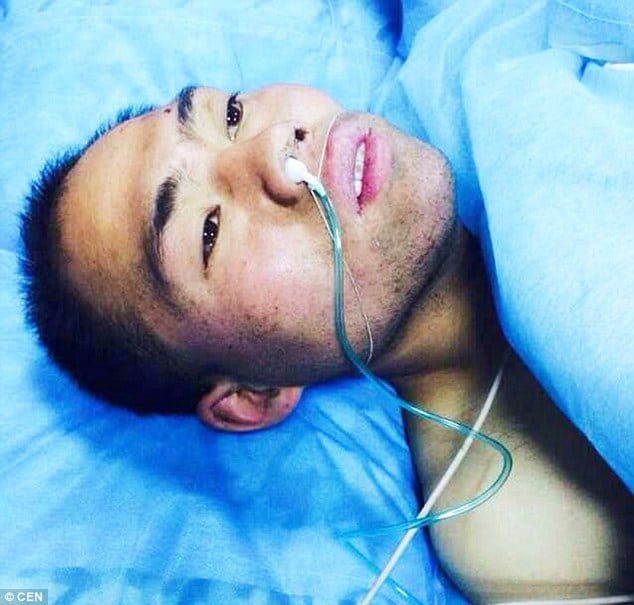 Yang Hsieh, a Chinese construction worker who fell off a building site, breaking both arms and legs was forced to survive for a week before help arrived by drinking his own urine.

At the time the 28 year old builder was working on a building site in Hunan province, central China, when he fell 65ft to the ground breaking all four limbs and his mobile phone.

According to a report via the UK’s dailymail the man had been finishing off a job on the site when he plunged over an unguarded edge, plummeting to the ground.

Attempting to call for help the man would be forced to accept his demise as none of his colleagues could hear him.

Things would get worse, when the construction worker failed to show up for work over the next six days, his friends assuming Hsieh had gotten a job elsewhere without telling em.

Told fellow worker, Fai She, 32, said: ‘At first we thought he was off sick. We tried calling him but the phone was constantly off and by day four we thought he must have found work somewhere else

‘We had no idea he was lying on the ground below us.’

Luckily for the fallen construction worker, Kang Chia, 47, came to hear a noise from the building site and decided to investigate.

He said: ‘I was walking my dog when I heard someone calling for help. I went over and saw him lying at the bottom of a pit.

‘He looked in a very bad way.’

Yang Hsieh was rushed to hospital where doctors anticipate he will make a full recovery.

Commenting on his ordeal, the rescued Chinese construction worker reiterated: ‘I had to drink my own urine for six days to stop myself dehydrating.’

Interestingly readers on the web have questioned why no system of checking workers presence had been initiated or why or how for that matter the debilitated man was able to urinate 6 days worth of urine let alone physically be able drink his own urine…? 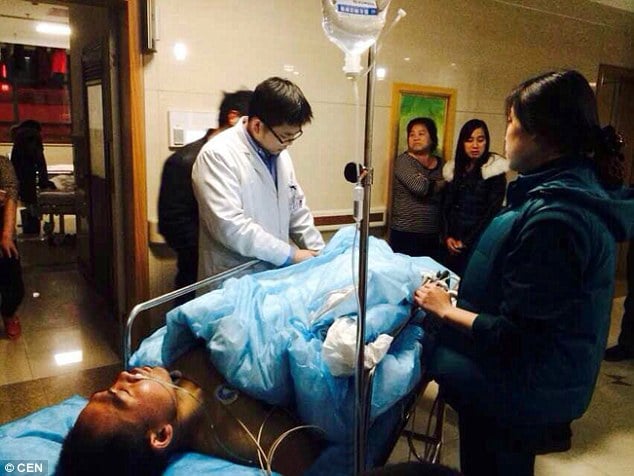 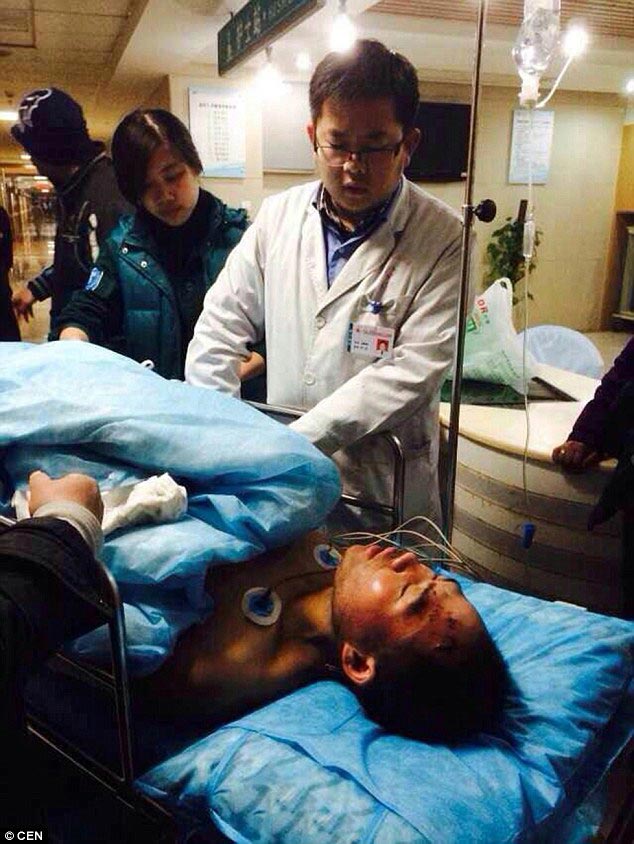