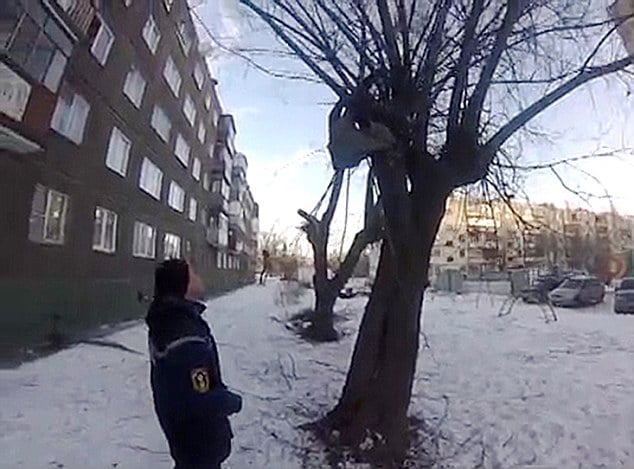 Ilya Goncharov a 25 year old Russian student has survived a suicide attempt after the forlorn man threw himself out of a 5th balcony apartment only to have gotten his foot caught in a tree branch on his way down.

Having landed in a tree and then turned upside down and dangling by his foot the Russian student would come to be rescued after passerbys heard his screams for help.

The student from Chelyabinsk in southern Russia would tell he had decided to end his life after failing to to have sex for over a year since his long-term girlfriend dumped him for someone else.

The man’s eerie escape from death would be captured by a passerby who filmed the student dangling from a tree branch around 10ft above the snow covered ground before cops standing on top of a responding police van were able to untangle Goncharov.

Told a police spokesperson: ‘When officers arrived they found him hanging from his foot in the tree. He was unable to get free on his own.

‘They asked him if he was OK and then managed to get him down.

‘He had minor bruises and abrasions but apart from that seemed OK, apart from being a bit angry.

‘He said he had a pain in the heel of his foot and when the officers suggested he go to hospital he refused and walked off without even saying thank you.’ 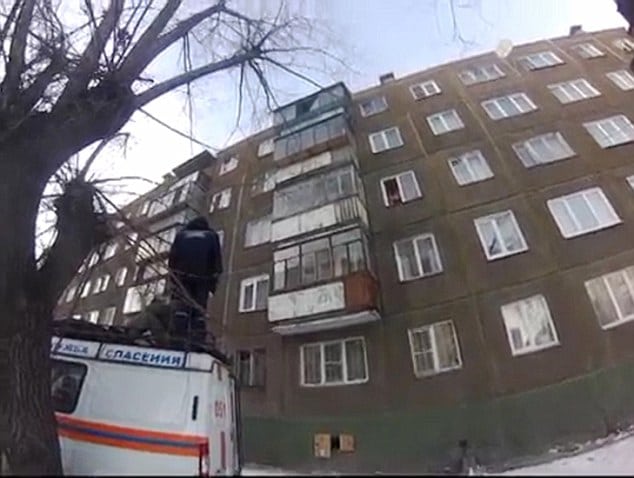 Offered the student’s friend, Igor Woronoff, 25: ‘He was very upset about the break-up with his girlfriend and I don’t think he really got over it.

‘He has now agreed to go to counselling organised by the college who insisted he get treatment after being notified about the incident by police.

‘I’m just glad that tree was in the way when he jumped off the balcony.’

Of course one can only hope that Ilya Goncharov  thinks back to this moment the day he once again finds love again…. 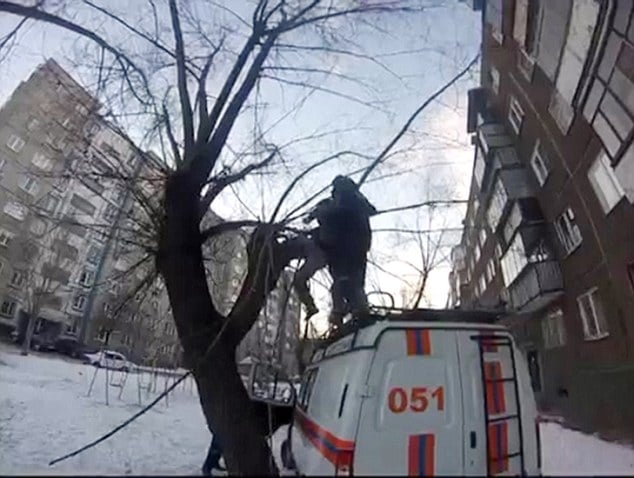 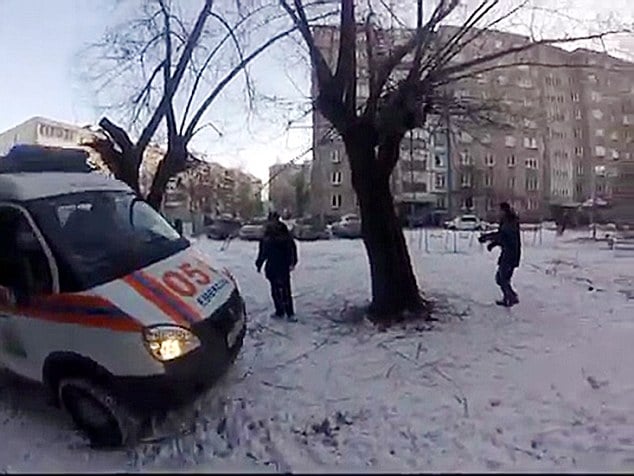 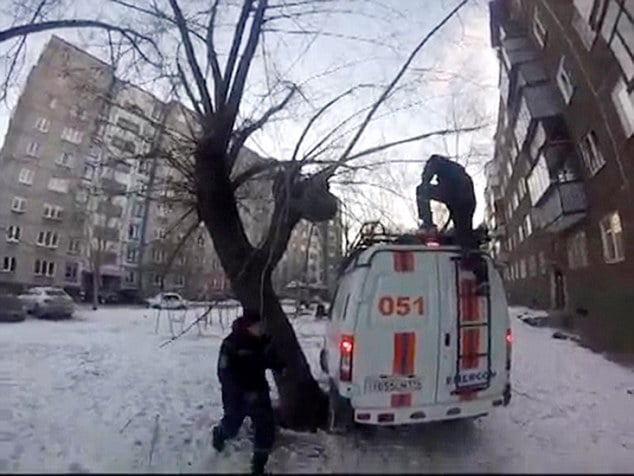 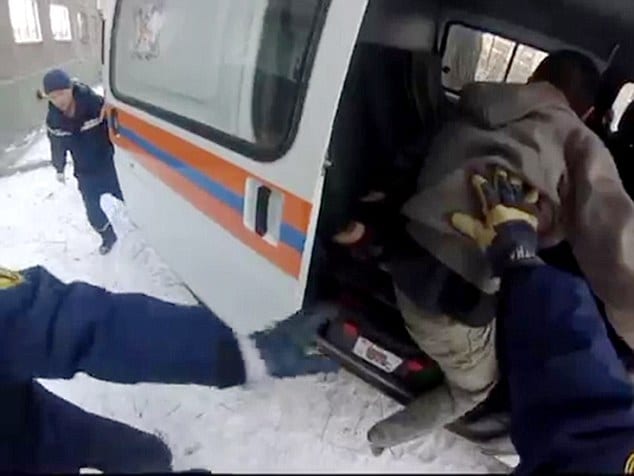