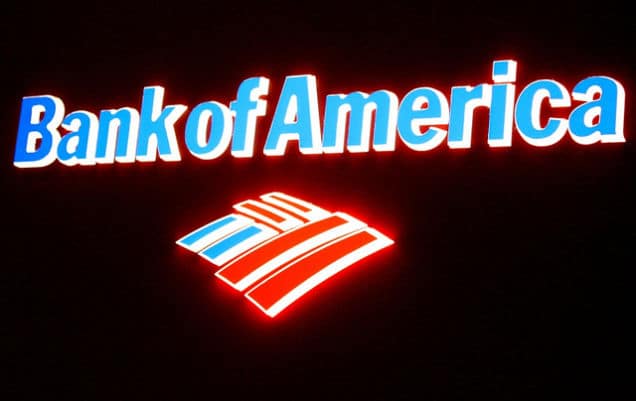 Yes it does fight to stand up to corporate behemoths trying to suck the life out of you. Case in point, Nelson and Joyce Coniglio who this week were awarded $1 million against Bank of America after being forced to endure 4 years worth of unrelenting robocalls demanding payment from the couple in arrears on their mortgage.

In a lawsuit launched against Bank of America this past July, the suit alleged that the Tampa, Florida couple were made to endure up to 700 robocall/automated phone calls from the bank after the Nelson and Joyce Coniglio fell behind on their mortgage in 2009.

By now the couple were receiving sometimes 5 calls a day seeking payment on their outstanding loan despite repeated lawyers’ cease and desist letters on behalf of the couple.

That though did little to dissuade Bank of America who by now were also sending the couple ‘threatening collection letters asserting false and misleading information,’ reports WTSP.

Reflected Joyce Coniglio: ‘If I did what Bank of America did, I’d probably be behind bars.’

On the advice of their lawyers, Nelson and Joyce, both 69 launched a suit against the bank under the Telephone Consumer Protection Act, the Fair Debt Collections Practices Act and the Florida Consumer Collection Practices Act.

Told Billy Howard, the Coniglios’ lawyer via ABC News after the bank was forced to pay the couple out $1,051,000 – about $1,500 for every call – in addition to court costs and attorney fees:

‘This judgment against Bank of America is an epic win for consumers across the country,’

‘It’s time to fight back against these ‘robo-bullies’.’

Bank America in turn would argue that they were simply trying to help the Coniglio’s from avoiding self capitulation. Because who knew bankers cared so desperately over those indebted to them?

The judgement incidentally comes after Bank of America settled a class action lawsuit last September to the tune of $32 million for 7.7 million customers who complained of the same automated calls.

The existence of a legal debt is not complete carte blanche to do anything you want to harass the person owing the debt. Courts are what we have to settle financial and contractual disputes like that. BoA didn’t do that because they knew these people weren’t hoarding money, they just hoped they could get a few hundred bucks here and there through harassment. A legal effort to recover their debt would have resulted in a bankruptcy most likely, and they knew that.