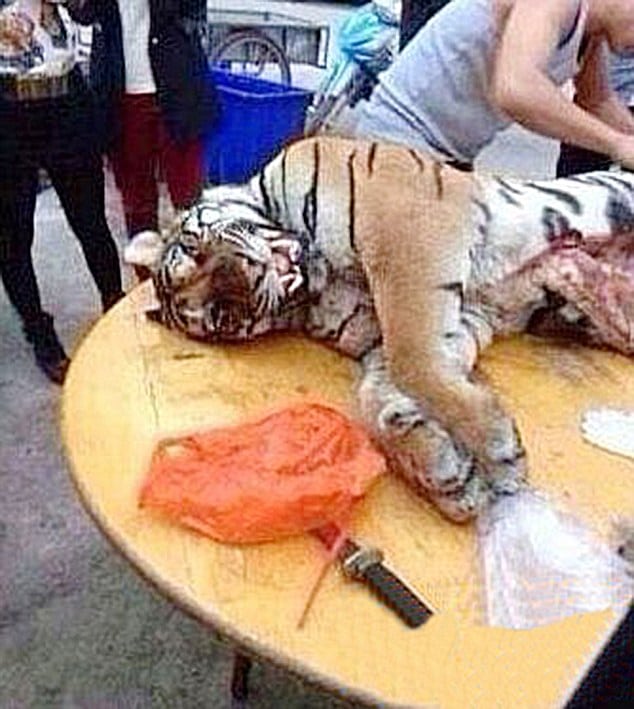 A Chinese businessman, referenced only by his surname of ‘Xu’ has been sentenced to 13 years jail for organizing trips for the purposes of buying and eating three slaughtered tigers.

Appearing in trial in June a courtroom heard how the businessman organized three trips in 2013 for 15 people, including himself, to Leizhou in Guangdong province, southern China, where they bought three tigers that were killed and dismembered as they watched.

The court would come to hear how the businessman insisted on the tigers being caught alive so when they were killed they could be bled and he was able to drink the blood.

During proceedings it would be revealed that the man had eaten at least three tiger penises and drunk ‘several liters of tiger blood’.

The prosecution would describe how the tigers were electrocuted so that the hide could be removed and used to create trophies that were later handed out to his friends.

It would also be disclosed in one instance, one of the guests filming one of the tigers being electrocuted. The footage, shot on a mobile phone, would later be seized by police.

Further investigations would lead to police recovering eight pieces of animal meat and bones from a refrigerator in Xu‘s home, some of which have since been identified as tiger parts, including a penis.

Sixteen geckos and a cobra were also found among the dismembered parts.

Whilst Xu was sentenced to 13 years jail and ordered to pay a fine of 1.55 million yuan ($250K USD) the other 14 people on the Leizhou trip were jailed for terms between five and six-and-a-half years and given smaller fines. The sentencing took place earlier this year but had not been reported by China’s state-controlled media until now.

The group appealed their sentences but a higher court would uphold the June ruling on Monday.

The slaughter and consumption of the tigers comes off the sentiment within Chinese medical lore that tiger bones strengthen the human body and boost a man’s sexual performance, although there is no scientific evidence for either of these claims.

Decades of trafficking the creatures and killing them for parts have slashed the tiger population from 100,000 a century ago to around 3,000, placing the tiger on the endangered species list. 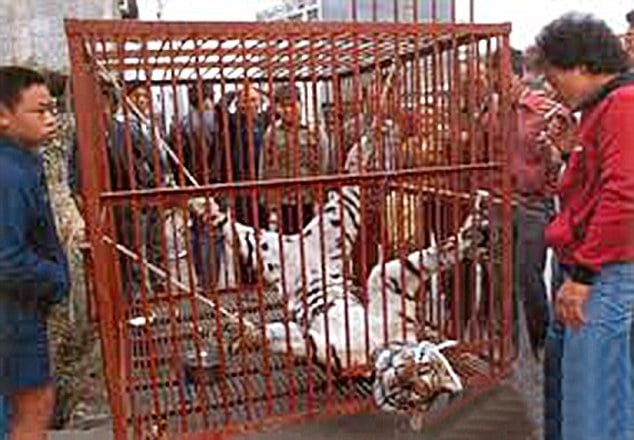