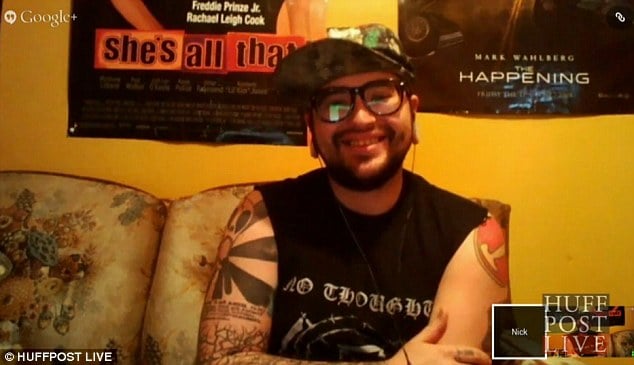 How would you like to cause a scene? Turn what ought to be a memorable family occasion into an eye grabbing one? Have all attending female members hit on or just plain piss off dad? If so then former Nashville, Texas ex felon and sometime airport chef, Nick Schmidt might be the thanksgiving date from hell that you might want to bring home to mom and date.

The man’s offer came to be placed via a Craigslist ad where he offered himself as a prospective date for the Thanksgiving occasion.

In a post entitled: ‘Alone on Thanksgiving? Mad at your dad? Read on…’, Schmidt described himself as a ‘28-year-old felon with no high school degree, and a dirty old van one year younger than me painted like Eddie Van Halen’s guitar.’

Kids tell me you’re not salivating at the offer and have mulled writing into Nick offering him kudos for Christmas and New Years eve revelries as well? I know I have.

Speaking to HuffPost Live, our collective hero told how he dreamed up his invitation to ‘torment your family’ while joking about his lack of Thanksgiving plans with his co-workers. Which is sign language that nobody bothered to think to invite Nick. Oh well. 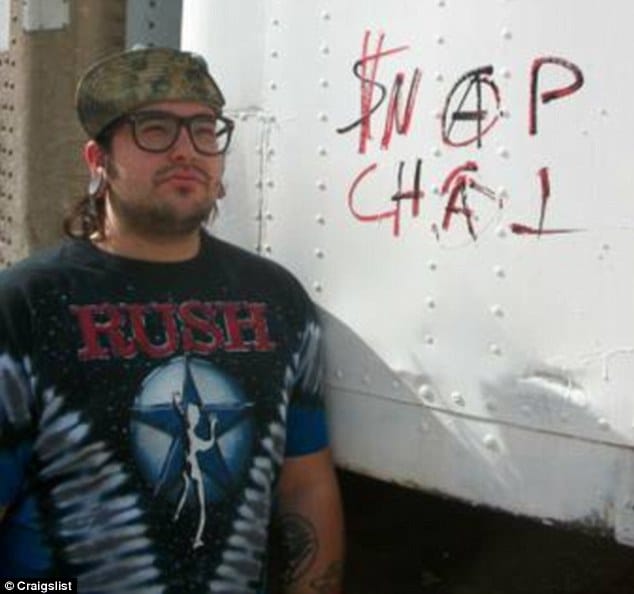 In his Craiglist ad, Schmidt said he ‘can play anywhere between the ages of 20 and 29 depending on if i shave’ and listed a series of antics that he is willing to stage, including the following opening mouth watering cranberry juice infused stunts with a smattering of triple helpings and left overs to take home:

Fortunately Nick Schmidt has told that he would be requiring no fee for his boyfriend from hell routine save for his thanksgiving diner. And whatever he can fit in his rump bag on the way back home one imagines.

And while admitting the ad was just a prank (was it really Nick?), Nick reckons he has found a real dupe.

Told Schmidt: ‘I got a real response the next day offering me to come to this girl’s Thanksgiving get-together with her roommate and friends, and then go over to her parent’s house, eat food, shoot guns, have a good time,’

‘So I took her up on it and we still have the plans set.’

‘She offered to drive and everything,’ added Scmidt, who has ‘don’t hire’ tattooed across his knuckles.

He has promised to live tweet about his Thanksgiving experience at @nickyistaken. What do you think kids, should you be making hurried reservations for Christmas and New Years revelries before Nick gets booked for those gigs too?