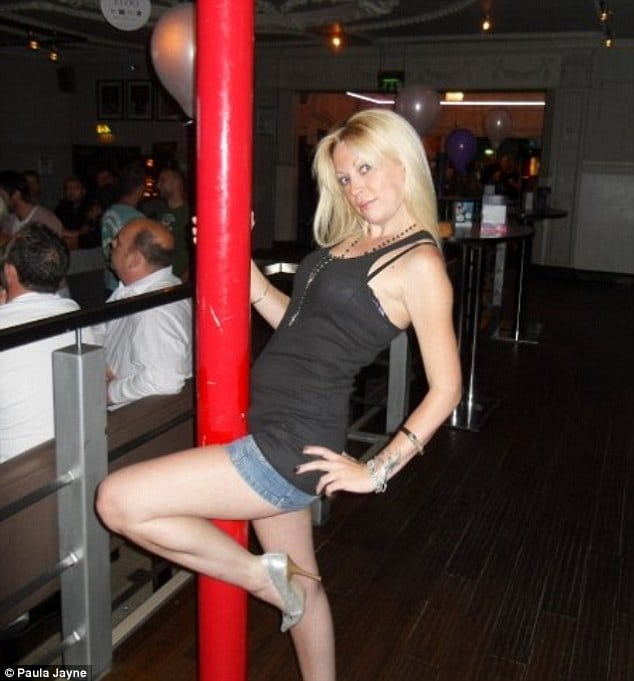 Paula Jayne Allen has caused discontent with her statements that she believes it’s far easier for ‘unattractive’ women to use dating sites when it comes to finding men.

The comments come off the back of the 33 year old Essex, UK woman’s assertion that her size 6 petite figure, pretty face and of course blonde mane make it too hard to find a man on such sites because ‘she’s simply too pretty.’ Indeed.

In an exclusive with the UK’s dailymail the woman tells how she came to try dating websites after constantly being hit on by men at nightclubs who only sought ‘one night stands.’

Yet since trying such avenues where she had hoped men would be drawn to her based on personality matches, she has come away with the view that in fact her looks rather than aiding and complementing her search for a soul mate have in fact done the opposite.

Told the woman in response to a feature with a size 24 woman, Verity Brown who had struggled to find prospects after joining dating sites, hoping that a drop in weight would eventually do the trick:

‘Verity is thinking that once she has lost this weight, everything will change and all of these men will come out of the woodwork.

‘But it doesn’t change, in fact it only gets worse.

‘You get all of these men wanting one night stands or who want you to sit there, be quiet and just be arm candy.

‘I went on two dating websites – Match.com and eHarmony – about five years ago, just before I met my now-husband and it was awful.

‘I decided to try it because all of the sites guarantee to match you up with someone who shares your interests, so it’s more about personality, and I was fed up with all of the men in the bars looking for skirt.

‘But it made no difference.

‘You’d regularly get people getting in contact just saying, “Fancy meeting up for a f**k?”

‘You’d get married men just wanting fun and you’d get people saying, “I just need someone for one night, can you do me a favour?”

‘It really was truly awful.’

The now married Paula tells how she also found men were just interested in using her so that they could impress their friends with a good looking girl on their arm.

Reiterated Paula Jayne Allen: ‘If you did meet people online and then go out for a drink with them away from the websites, they’d take you out to where their mates were and they’d just want you to stand there.

‘If you tried to talk to them and they realised that you have a brain and you actually quite enjoy intelligent conversation, then they wouldn’t want to see you again.

‘It was really frustrating and very boring.

‘Some of them I’d talk to a couple of times online and then they’d take me out in front of their friends  and their male friends would look me up and down and give me the approving look.

‘Then their female friends would grab hold of their men and give you the female equivalent of the snarl and you’d think to yourself, ‘I’m really not after your man!’

‘It got frustrating, it got disheartening and I gave up.

‘I must have been on there for a good six months before I just lost faith and gave up.

‘I couldn’t get anywhere on those sites, it was always sleazebags and people who just wanted to use me and didn’t care if I had any opinions on anything or care at all what I thought really.’

Then there were the episodes in which there constant streams of requests from married men, who would ask her to be their mistress.

Told the hard to find lucky petite woman: ‘I had married men approach me all of the time saying, ‘My marriage is on the rocks, my wife doesn’t understand me, I’m hoping you will.’

It’s like, do you really think I will fall for that?

‘You get the sob stories, they would constantly email you expecting a reply.

‘I replied saying, “Do you think I was born yesterday?”

‘They have no shame.’

But far from sharing her story in order to brag about her good looks, Paula insists she actually hoping to inspire women like Verity, who are happy about their larger figures, not to change for a man.

She said: ‘I was reading the article and I thought that she shouldn’t lose weight – it’s not the answer to anything.

‘Mr Right will be there whether or not she loses the weight – she shouldn’t have to change that, she should be happy as she is.

‘I didn’t change a thing about me, even though when I was joining these agencies, all of these men were only interested in one thing.

‘And I still found my husband at the end of it all.

‘Just be yourself, no one should have to change. If you’re truly happy in who you are you shouldn’t have to change a single thing about you, because someone else will love that happiness – it will shine through in everything that you do.’

As fate would have it, a few months after giving up on dating sites, Paula met her now-husband Mark with whom she has been together for four years.

Told the now lucky in love mother: ‘I met my husband about 14 years ago in a nightclub, we dated for about three or four months and eventually broke up because he was quite quiet and I was too outgoing.

‘But by chance, we happened to bump into each other again ten years down the line.

‘I looked him up on Facebook, got in contact, and asked him for a drink and we pretty much haven’t been apart since.

‘We fell in love straight away again.’

Paula is hoping her story will help women who are also struggling to find love to understand that it often has very little to do with something like being overweight.

She said ‘I know there will be some backlash but I don’t mean any of this in that way.

‘I’ve never won awards or used my beauty to get anywhere.

‘My best friend is a size 20, but she doesn’t care in the slightest – we’re like little and large – and but she gets more attention than I do because she has so much confidence.

‘It doesn’t matter about the size, just whether you are happy in yourself.’

What do you think kids? Will there be backlash or has Paula Jayne Allen hit on a few home truths: love is in the beholder of the eye, irrespective of how pretty the object of desire believes herself to be or not…