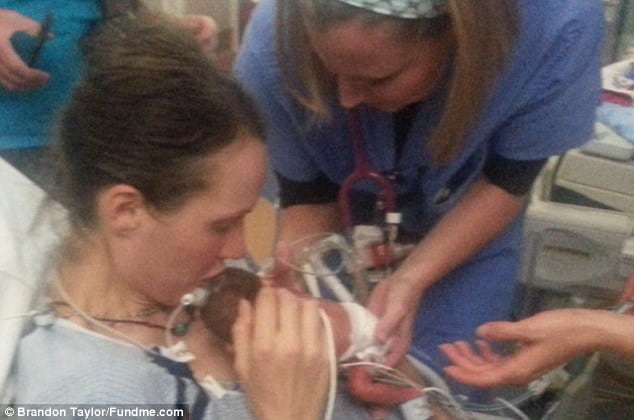 Kathy Taylor of Bear River, Utah has had to deal with the bitter news of the death of her newborn child just two weeks after he was born after choosing to risk her own life and declining cancer treatment after being diagnosed 26 weeks into her pregnancy in order to give her unborn child a fighting chance.

Despite the diagnosis of an aggressive form of melanoma which had by then was spreading throughout her body the mother was determined to give birth to her sixth child, declining all treatment for herself.

Although managing to stay alive as long as possible, the mother would be forced as a result of a failing liver into premature labor just 33 weeks into her pregnancy.

Shortly after she delivering Luke, Kathy’s husband and five other children came in to say their goodbyes, as doctors believed Taylor having between 24 to 36 hours to live.

‘I felt really peaceful,’ Taylor recalled as she took to saying what she thought at the time to be her final goodbyes.

‘I thought, “I’ve lived a really good life, a very full life. I got to be with my kids a lot.” I felt like I was going to die.’

Yet somehow the hours turned into days however, and miraculously on September 25, the beleaguered mother was told she could go home. 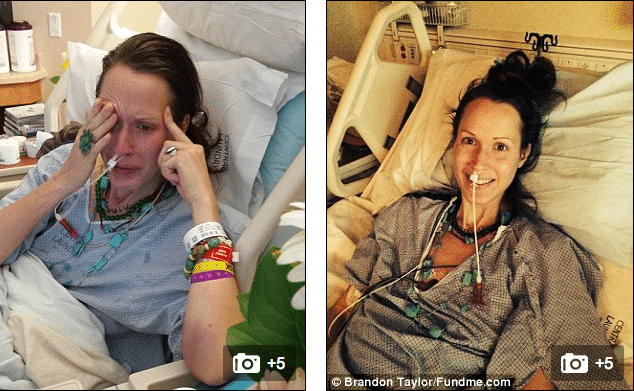 Yet whilst Kathy Taylor was able to live on, tragically baby Luke passed away on September 27 of complications from an intestinal infection.

Taylor had first been diagnosed with melanoma seven years ago, and at the time had it removed, only to have it return once again.

‘I would try to take a breath and it was like something was stabbing me,’ she told KSL.

After giving birth, Taylor’s one wish was to be able to hold on long enough so that she could hold her son, something she was able to do on September 25, just two days before his death.

On her Miracle FundMe page, set up to help pay for Luke’s treatments after his birth, she wrote, ‘I really believe that it was literally the thousands of prayers spoken that I am still here.

I have been touched so deeply by the amazing outpouring of love from many of whom I have never met. I have seen such a profoundly deep and touching side of humanity that I will never forget. Thank you.’

Doctors have now given Taylor a year to live, and she is determined to make the most of it.

Or, defy the odds yet again.

‘I’ll try to do everything in my power to stay, but I know it’s not in my hands, and I’m okay with that,‘ she said.

‘Coming home and seeing how much my family loves having me here and needing me here, it just makes it harder to leave.’

The mother has since told that she is resting at home and treating every day with her family as a gift. The fundme page has since garnered over $67 000 with 6 days left. 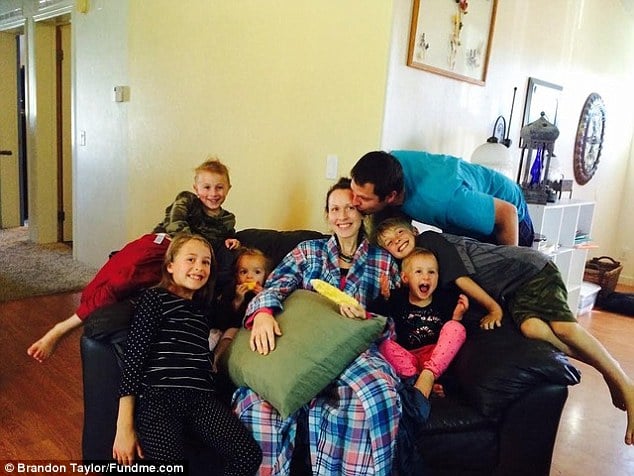 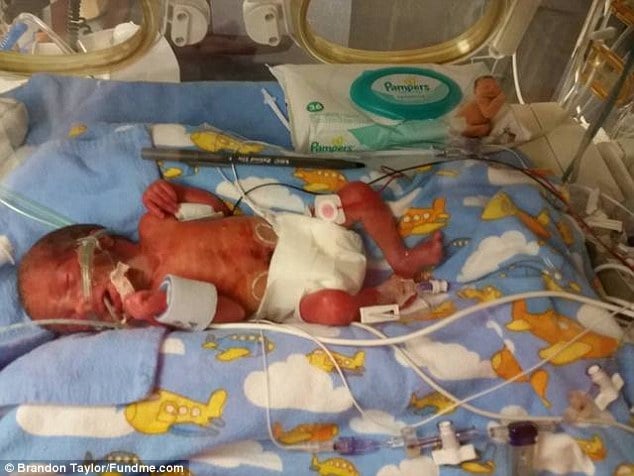