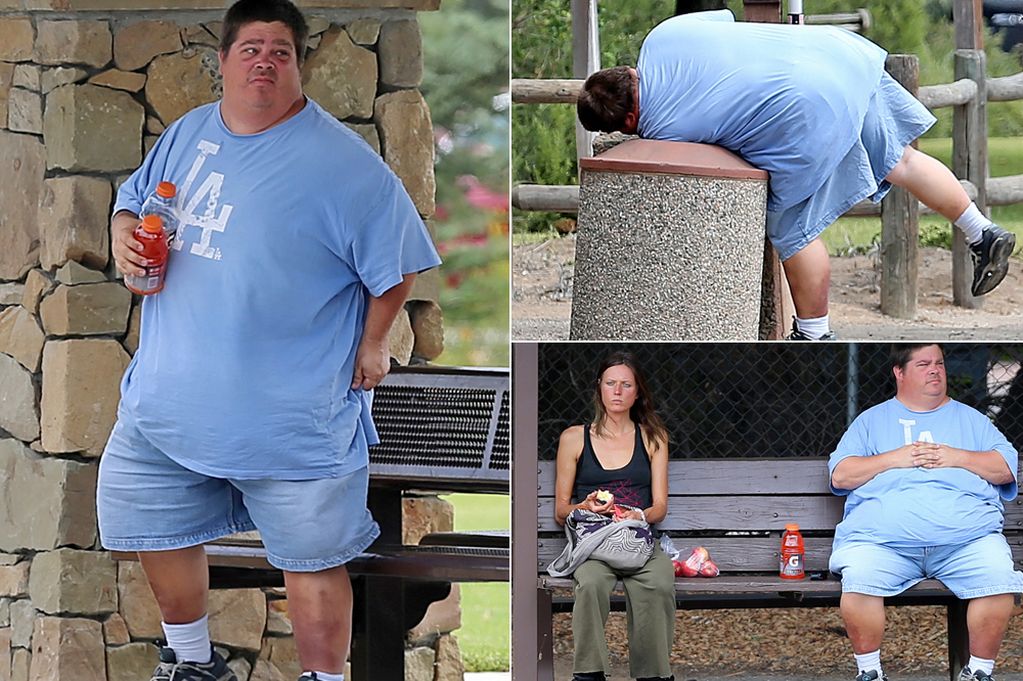 A report released this weekend suggests that famed actor Josh Brolin brother and son of actor, producer, director James Brolin (since married to Barbara Streisand) Jess Brolin is homeless and digging through trash cans after having squandered a six figure inheritance.

Told a source of the more than 350 pound Jesse Brolin via the UK’s mirror: ‘It’s a heartbreaking situation,’

‘He will sometimes be sleeping in a field behind shops, basically wherever he can bed down.’

According to the tabloid Jess Brolin, 41 had been living in picturesque Ojai, Calif., since May 2011, but when his trust fund ran out he was evicted from his $800-a-month apartment in Santa Monica.

The tabloid tells the famed brother and son (whose father and new wife Barbara Streisand are said to be worth $480 million) is now homeless but according to a Josh Broslin spokesperson that assertion is ‘erroneous’ and that in fact Jess Brolin is ‘gainfully employed and supports himself.’

Nevertheless discontent has been raised after images of the down and out son and brother show the disheveled man scourging from trash bins and sitting abjectly on vacant park benches.

That said Josh Brolin acknowledges that his brother Jess had financial problems three years ago and that they are now purportedly behind him. Adding that if ‘Jess finds himself in need of support or  any assistance’’ his family and friends will be there for him. Offers that the son is said to have shunned.

The nypost notes that Jess and Josh’s mom was onetime aspiring actress Jane Cameron Agee, who divorced James Brolin in 1984. She died in a car crash in 1995 having left Jess a six-digit trust fund. After he blew it, he lived in the back of his pickup truck, friends said.

Interestingly a blindgossip column late last year notes that Josh Brolin has alienated his former wife, Diane Lane along with a segment of Hollywood who refuse to hire the troubled actor and who is known to have severe drinking binges. Binges that his celebrity father, James has excused away as a consequence of a troubled childhood. It is not necessarily understood to what degree Jess Brolin has been affected by the family disarray…