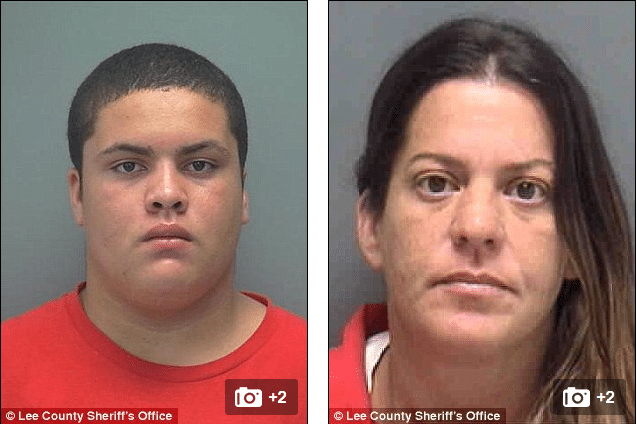 Tyrese Landrum a Florida 15 year old teen has been arrested on a homicide charge after cops found his mother’s rotting corpse inside the trailer home they shared more than a week after she went missing.

Deputies with the Lee County Sheriff’s Office were responding to a report of a foul odor coming from a North Fort Myers mobile home on Sunday when they found the body of Tamara Davis, 42.

Her son would be arrested later that same day, the Naples Daily News reported.

Davis’ live-in boyfriend Marcos Casiano, 49, said she was last seen on Aug. 21, before disappearing from the home at the end of a long night of drinking, according to the News-Press.

Casiano said he left a heavily intoxicated Davis showering about 11pm while he went to walk their dogs. When he came back, the shower was still running —but she was nowhere to be found.

Neighbors say Casiano and the woman’s son continued to live in the house for the next 10 days, all while a rancid smell spread throughout the neighborhood .

Tyrese Landrum would reply he had no idea what the smell could be.

‘He said cat, raccoon, whatever,’ she added. ‘He said that’s happened before where they get stuck under the house, under the lattice, but it was definitely a disturbing — it was terrible.’

‘But they’d only fight with their mouths.’

Casiano said Davis had a criminal record and a history of abusing drugs and alcohol. Police reports would indicate that the mother had attempted suicide years ago.

Tyrese Landrum is being held without bond at a juvenile detention center.