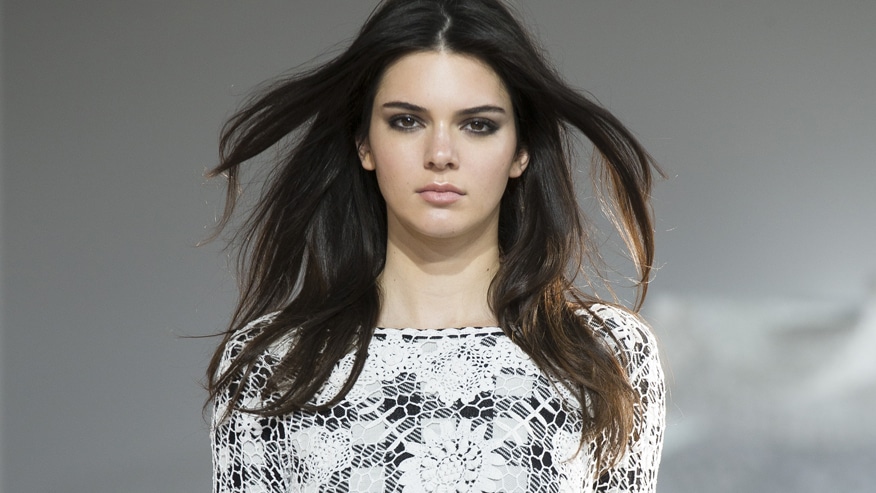 In the latest installment of ‘I hate my famous family for impeding my aspirations as a legitimate fashion model,’ Kendall Jenner (who these days insists on only going by the moniker Kendall) told in a recent interview that she banned her infamous sister, Kim Kardashian from attending fashion shows in which she was modeling in.

Told Kendall via NYmag‘s  The Cut in which she explains how her family’s clout rather than facilitating her career has in fact done quite the opposite (you think?): ‘I was like, ‘You know what? I want to be high fashion. I want to be taken seriously … People think that this [success] just came to me. But it didn’t. What I have has almost worked against me. I had to work even harder to get where I wanted because people didn’t take me seriously as a model. Because of the TV show,” she adds needlessly. “I went on castings and some people weren’t feeling me because of my name. But it was great when people didn’t recognize me. I was like, ‘Thank you. Please don’t recognize me.'”

Added the aspiring model who last week alone sashayed down the planks for venerable designers including Marc Jacobs, Donna Karan, Diane von Furstenberg and Tommy Hilfiger (bixches smell free press when they see it) : ‘Kim was invited to a lot of the shows that I was in,” she says. “She called me before and was like, ‘Hey, I was invited to the show, I just wanted to let you know. Do you want me to come?’ and I was like, ‘No.”

What do you think kids? Is Kendall Jenner smoking the good shit? There because she didn’t get the helping hand of the world’s biggest media tabloids (thanks pimp momma Kris), delusional or just making sure she pimps the story of her reticence just like pimp momma trained her to as she continues to juice every waking moment on her ascent to superstardom?

Isn’t it time you became a media whore so you can finally realize your career aspirations too?

above image via fox