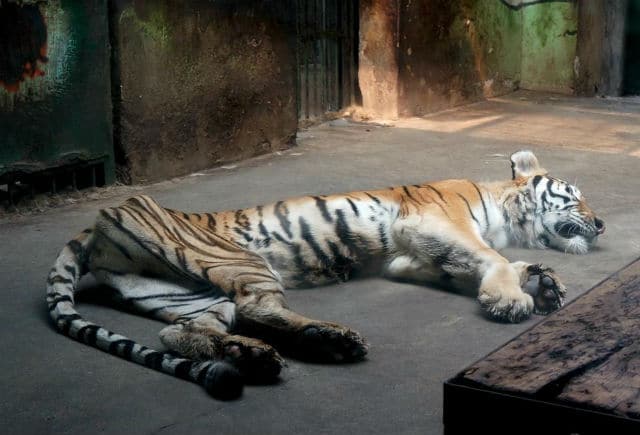 Tianjin Zoo, in the city of Tianjin, China has come to cause uproar after images of a tiger at the zoo have left many wondering if the zoo is purposefully harboring an emaciated tiger?

The newly released images show that of a painfully thin tiger on the bare floor of a pen at the zoo. Since the release of the images and sharing of social media web site, Weibo many have come to complain.

Read the initiating post on Weibo: ‘These pictures were taken by a friend of mine. I can’t help but cry when I see this.

‘I have no idea how to help, but I just emailed the Animal Protection Organization. Hope it will work.

‘Whoever has a clue how to help, please take action to improve the tiger’s living condition.

‘I am asking for the people concerned to investigate it and to treat animals better!’

Since the uproar, officials at the zoo have insisted the tiger had been diagnosed with a digestion problem, telling that it looks emaciated because in fact the animal is ill.

Reiterated zoo keeper Wei K’ungvia local media: ‘We have seven tigers and only one is not healthy. She had a digestive disorder since she was a cub but it worsened as she aged.

‘She is now 13, that makes her an OAP in tiger terms, and the medicine she has been given no longer works so well. That is the reason she seems so thin.’

Critics however have accused the zoo of keeping the tiger alive longer despite her suffering in order to have something to show zoo visitors.

The zoo has denied the tiger was in pain, saying that only when she really seemed to be suffering would they consider putting her to sleep.

Shanghaiist notes that the same zoo has come under fire before for questionable treatment of animals. Recently, animal activists spoke out against performances at the zoo that have elephants showing off hand stands and ‘martial arts’ stunts. 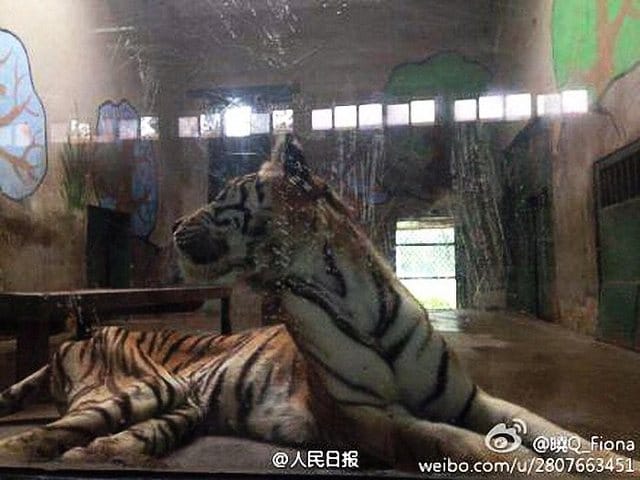 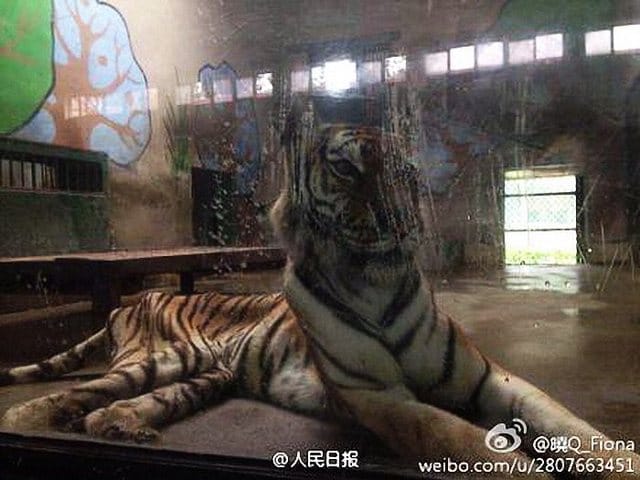 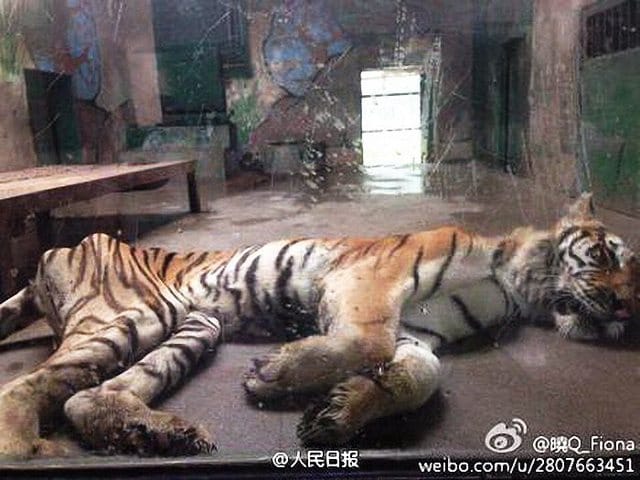