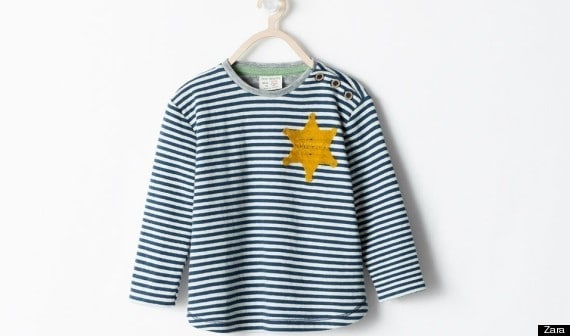 Zara has capitulated to outcry and taken down a kid’s sheriff t shirt after complaints the shirt looked too much like a concentration camp uniform as worn by Holocaust victims.

The ‘sheriff’ t-shirt – featuring blue stripes and a six-pointed yellow ‘badge’ – sparked anger as commentators drew comparisons with the Star of David badges used by Nazis to denounce their Jewish victims.

Tweeted social media users: ‘What were the designers thinking?’

‘I never saw a blue-white striped shirt in a Western movie’ and ‘Why the stripes?

‘Sheriffs wore stripes?  NO.  Jews did during WWII.’

It wouldn’t be until today that the the retail chain apologized for selling the t-shirts and advising that they were now withdrawing the items.

Offered a spokesman for Zara: ‘The item in question has now been removed from all Zara stores and Zara.com.

‘The garment was inspired by the classic Western films, but we now recognize that the design could be seen as insensitive and apologize sincerely for any offence caused to our customers.’ 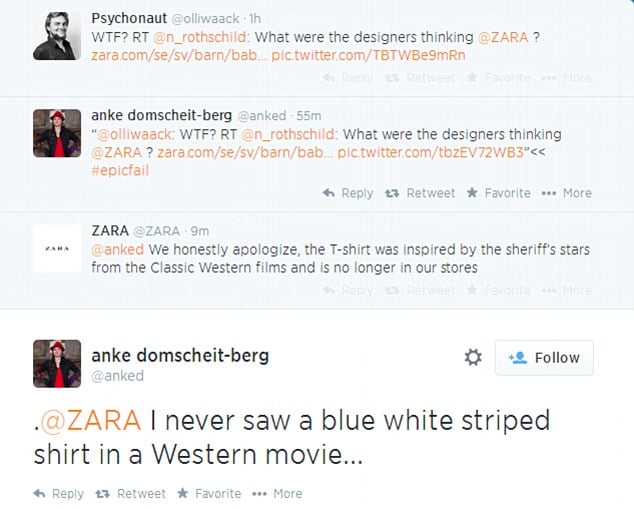 The shirts, which were for sale in the children’s section online in countries said to include the UK, Israel, Germany, France, Albania and Sweden, features horizontal rather than vertical stripes, and a six-pointed star.

By Wednesday morning, a link to the shirt displayed a message saying the item was no longer available and redirected shoppers to a white-and-blue striped children’s shirt emblazoned with the French and Spanish word for “well,” bien.

The ‘indiscretion’ as many have deemed it comes after the outlet recently came out with a new line of shirt, White is the New Black, which has led to many accusing the outlet of racism and a lack of taste, whilst others wanted if the act was part of a marketing ploy to bring attention.

That said, there are others, including this author who question why the outlet should have had to necessarily heed to criticism of their design ware, with shoppers free not to buy said items. Also of consideration is what do we mean by images and who controls or owns any image and if one group of people choose to infer a certain meaning upon said shirts who is to say others will think otherwise? Granted it is one thing to respect the memory of the victims of war but also another thing to respect an individual’s or outlet’s right to express themselves as they see fit and to allow the market to be the final arbiter…

Of interesting note Zara told sales of the shirt ‘had been marginal.’ 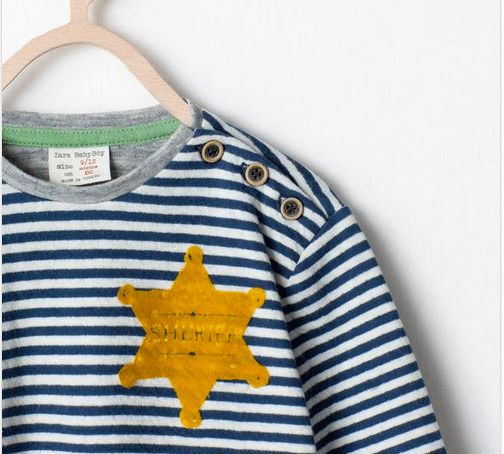 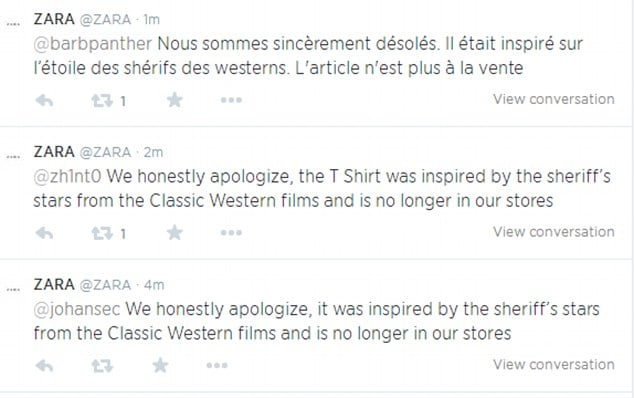