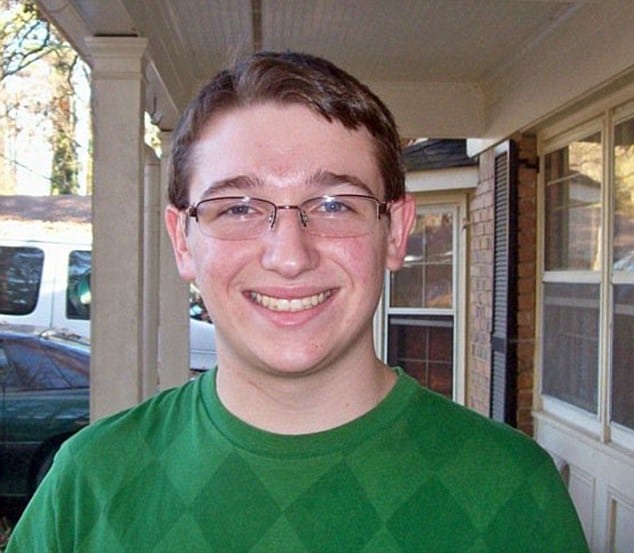 Since coming out Daniel Ashley Pierce a gay son has come to find himself violently disowned and physically abused by his own family. Out in the cold and no where to go the Kennesaw, Georgia ousted son did what any ingenious son would do in similar circumstances- they turned to the internet to avail themselves, and how…

jezebel: A Gofundme page was started for Daniel and donors have raised over $80,000 for him to be used on moving costs and living expenses. Daniel’s stepmother told him he would have to move out immediately, so the money will likely help him survive for at least a year.

Currently living with friends according to Think Progress, Pierce’s family has asked that the video be taken down from youtube (can you guess why?) with the son refusing to yield.

The video itself (taken without his parent’s knowledge, which hints at the young man’s apprehension of coming clean with his family) offers some sobering reflections of what the young man has had to endure (don’t we all in some ways when we’re out of the box?).

Tells a voice in the video believed to be Daniel Ashley Pierce’s mother: ‘I have known that you were gay since you were a tiny boy.

‘You have made a choice from what you’ve told your daddy. You can deny all you want to but I believe in the word of God and he does not create anybody that way.’

The son is heard responding that he was born ‘this way’ and has not made a choice, but his family does not back down. Bringing to pasture the idea that one does not choose being same sex dispositions but is born with them, a notion that many find particularly hard to accept and is open for debate.

To be sure Daniel Ashley Pierce has received a deluge of support as he is now forced to make life on his own, and perhaps for the better or until his parents finally come to terms with the fact that their son is not the sum of their sexual disposition (or expectations) but the heart and feelings and being of that of an individual. Does religion accept such notions?

Offered Roberta Randazzo commented on Pierce’s gofundme page: ‘Be proud of yourself, it takes a lot of courage to do a thing like that.

‘I lived in a hell like that for five years and I can completely understand you, go on with you own life and don’t let them break your dreams.’

Told Rebecca Hall: ‘I’m sorry for how your parents treated you. You are not a disgrace. Your family are the disgrace.

‘I would never treat my child the way you have been treated. My mother is Christian and when my brother ‘came out’ she accepted it with love and told him that his actions and sexuality are between him and God.

‘It is both sad and inspiring that strangers have shown more love and support than your own family.’

So much for Christian virtue and many thanks to the kindness of strangers….