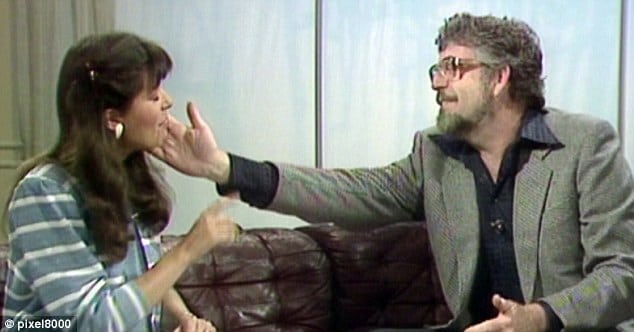 With the verdict of Rolf Harris guilty coming in and slowly being saturated by a shocked world, questions have begun to be asked how did we the public fall for it, why weren’t there more astute efforts to bring the ‘entertainer,’ to justice much earlier and whether that reluctance may have more to do with our collective reticence that a childhood idol preaching virtuosity and innocence was in fact the perpetrator of gore, vile and utterly inappropriate behavior.

Rolf Harris guilty of molesting 12 young girls. Why did he do it?

Behavior that would do much damage to the young girls as they too attempted to dismally come to terms with what had they endured and now we the public forced to come to terms with the fallacy of our moral imperative of the ‘good guy.’

Following the verdict, the NSPCC told: ‘We had 28 calls about #RolfHarris through our helpline. This included 13 people who said they had been abused by him,’

‘Once more we’ve seen that victims of sexual abuse are not alone & that they will be listened to when they contact out helpline.’

The calls came despite the Queen’s office having been warned as early as 2005 by a former child abuse victim to not agree to be painted by the entertainer, although Scotland Yards would tell that the notes would not be investigated until 2012, perhaps in the fear of coming to believe such an iconic figure could dare be responsible for such feats despite rumors over the years that the media dared not believe.

Contemplates actor/thinker Russell Brand who like most of us with our heritage steeped in the avuncular entertainer who we whole heartedly had come to trust over the decades and had become a token national treasure: ‘You can’t get any joy out of it because look at Rolf now, he’s just a pathetic old guy.

“I mean what vindication, what joy can you get from it? What sense of justice?

“It just makes you feel that reality is very muddled and confusing, like you have to revise your own childhood.”

Referring to shows featuring Harris that he watched as a kid, Russell added: ‘That’s an integral part of your own life you have to look back and go ‘oh right, so what was going on then then, when I was watching Cartoon Club and enjoying that stuff?

‘You have to revise your narrative…

‘With Rolf Harris newly cast as a villain it creates this uneasy moral climate of nihilism.

Contemplates the UK’s dailymail this morning: No one wanted to believe the allegations against him could be true. Not inside the theatre, nor outside; other celebrities maybe, but not dear old Rolf.

A few years ago, he came fifth in a Time magazine poll of the 20th century’s most influential entertainers, even ahead of The Beatles — who once appeared on his radio show, acting as his backing band for Tie Me Kangaroo Down.

Continuing: To a generation now in their 20s and 30s, Harris was also TV’s Dr Dolittle, tending horses with hernias, cats with cataracts and ferrets with flu in the long-running BBC series Animal Hospital.

Yet the gap between public perception and reality could hardly be greater than in the case of the whistling, humming force of nature from Down Under.

For we now know that Rolf Harris used his celebrity as a cover to prey on under-age girls and young women; often the abuse took place in public, at autograph-signing sessions, radio stations, bars.

Hiding in plain sight all along with our added complicity as we bestowed upon him our nostalgic desire to feel pampered, to feel a commonality of a bygone era, our childhood, our idealistic understanding of how the world worked and no matter how awkward or tawdry the world came to us on the ‘telly,’ we always had the mythical visage of Rolf Harris to soothe us until yesterday, when along with 12 women and many more who have since come to claim that he sexually assaulted them our innocence and collective virtue had come to be shattered.

Reflected Childwatch founder Diane Core says: ‘He seemed very kind, charismatic and down to earth. It makes me physically sick to think about him now.’

And that in essence is the crux of the decay of Rolf Harris’ legacy as we all miserably wait for our childhood hero to return to court on Friday where he will receive a sentence and the final theatrical performance and con game will be packed away to our utter dismay, our innocence and virtue and belief in virtuous symbols and human beings down the gutter, at least with Rolf Harris. 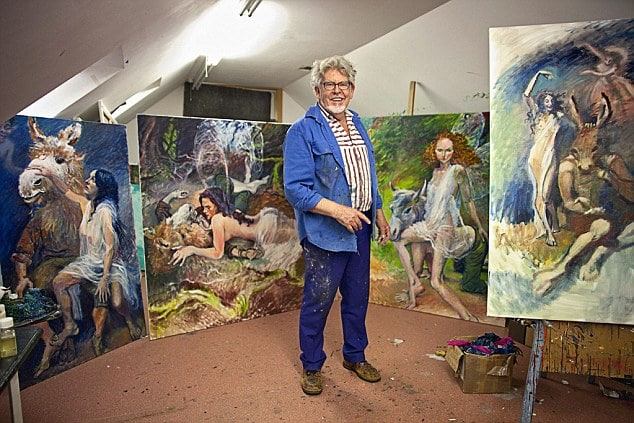