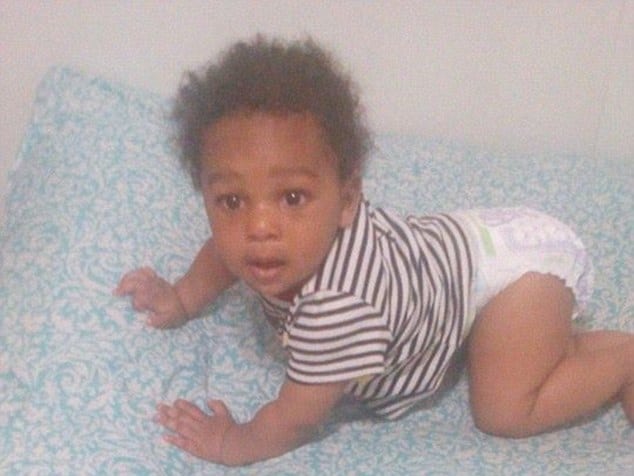 Since the shocking revelations of one Queens, NY mother, Nicole Nikki Kelly having murdered her 11 month of son, Kiam Felix Jr and posting said images (see above) on Facebook, questions have been asked as to how and why the mother chose to suffocate the child as opposed to considering finding the toddler a new home or at the very least counseling?

At her arraignment yesterday the mother told she had reached her ‘breaking point‘ and no longer ‘wanted him anymore.’ An unnatural state of mind for any mother to possess which provokes the question was the woman suffering from some degree of mental trauma, affliction, principally postpartum depression or was the child’s death the consequences of sheer malice?

The nypost tells police reports tell at the time of the child’s murder, the woman had come to leave the boy unattended, in fact going so far as to dress the child up and posting images of her deceased son on Facebook.

Along with the photograph carrying the ‘R.I.P’ headline, Kelly left a message which read: ‘Missing my baby boy so much wish there was some way I could bring him back to life. I feel horrible knowing he passed away Am his Mother I was supposed to protect him I know his spirit will always be around me.’

‘I would never forget my 1st Born he will forever remain in my heart & his family hearts,’

Even the fact that Nicole Nikki Kelly’s failure to comprehend that she had just murdered her own child fails to register with the mother as she asserts that the child had simply ‘passed away.’ An act of instance that had nothing to do with her. Or was this just the calculated actions of a woman who sought to construct an alibi that her son had simply come to die and here she was now sharing the child’s death on social media. An act that would strike any rational mother as hideous and unthinkable.

But that too raises the question how rational was Nikki Kelly in the fist place? Had her state of mind been informed by the increasing malaise of postpartum depression which is increasingly common amongst mothers who give birth? And if so why hadn’t family or friends come to notice the mother’s state of mind and taken action to address the woman’s state of mind. Are we to believe that she had harbored thoughts of murdering her child all along, had she hinted as much or was this just the actions of a woman who in the heat of the moment literally snapped as she chose to take her son’s life?

If found guilty of first degree murder the mother faces the prospect of 25 years to life in prison. 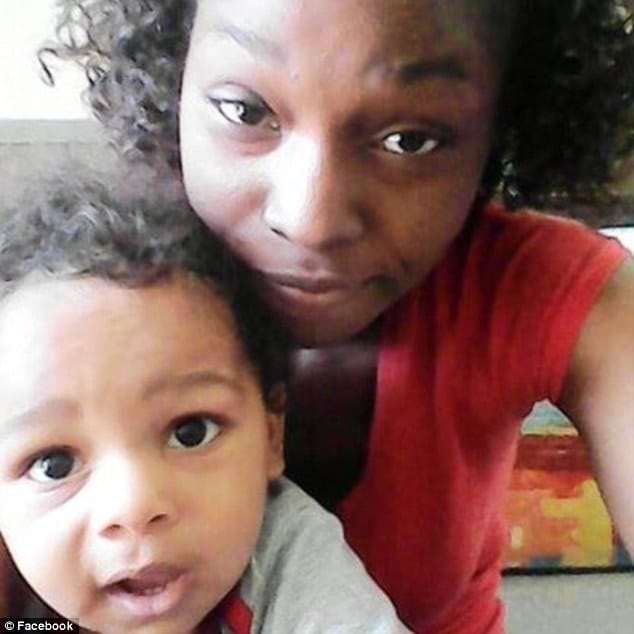 And then there were these reflections on the web that made me wonder. See what you think?

Mental illness is real and is too often overlooked. Another website reported that on the day before, she had left this sweet baby outside in a stroller, alone for at least 15 minutes. At that point, somebody should have called Child Protective Services and sent her to a Mental Health Facility. This is sooo heartbreaking. With our rational minds, it’s common sense say that she should’ve given him away. But her mind was not rational. No sane person would suffocate their child and then dress them and take pictures! Major mental issues.

I think that hospital’s need to start evaluating the mothers before they leave the hospital. Most of them leave with postpartum depression. This really needs to be looked into.

Many women suffer from Baby blues/Postpartum depression, but just don’t know that its fairly normal and are afraid to speak about it. This probably could have been prevented if she had a mother’s support group, a therapist or anyone she could confide her feelings in. Too often, young and especially low-income women do not have access (knowledge) of these resources. I know the mother’s groups I attended helped me a lot when I felt alone, overwhelmed or just had questions.

Fxck that, it is not postpartum. I read through her FB last night and that baby had no value to her what so ever. From the day he was born, he was a FB status. He was a toy to post pictures of so she could get likes and comments on her social media. She wished herself happy birthday at 11:00 pm and then by 11:40 she was crying about her dead son. She did this for attention and nothing else. Her son wasn’t a human with a soul, heart and mind. He was a play thing. She deserves nothing less than the death penalty.

This is happening way too often these days. This is the perfect example of why people should be careful having children because some people are simply unfit for the responsibility of caring for another person’s life. I refuse to believe this woman was mentally unstable because she took to Facebook to profess her wrong doing.

She could have called the father before her breaking point and let him know she was not fit to take care of the child. Some mother’s these days are simply lovers of themselves and show no natural affection for their children. She could have simply said to herself: “What if my mother dressed me in white and suffocated me to death.” Just something to think about.