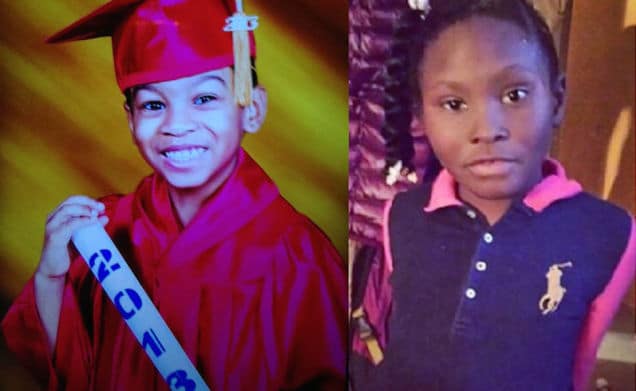 Prince Joshua Avitto, a six year old boy has died as a result of a random elevator stabbing assault in the building where he lives in Brooklyn. With him at the time was his best friend, Mikayla Capers, 7, who was also savagely stabbed at the hands of a stranger as the two children both rode down the elevator together on their way to get an Icee. Although surviving the assault, Capers remains in critical condition at NewYork-Presbyterian Hospital.

The attack is said to have taken place in an elevator in the Boulevard Houses on Schenck Avenue in East New York just after 6 pm. The region has been known to historically be a hot bed for crime and rampant drug dealing and is a community dredged with poverty and has yet to have experienced the type of gentrification that other neighborhoods in Brooklyn have experienced in recent years.

Upon being attacked, Mikayla had enough strength to stumble out of the elevator on the first level but she soon collapsed to the floor, a trail of blood marking her attempt to flee where she would then be discovered by neighbors.

Told Sophia Diaz, via the New York Times who had come to discover Mikalya in the hallway covered in blood: “‘Did P.J. die?,'” the girl asked, according to Diaz. “Why did this man hurt me?”

Reiterates the Times: Kevin Velez, a neighbor, described seeing the boy’s mother run after his ambulance and bang on the door, begging to be allowed to ride with him. The medics would not let her in, he said.

Ms. Diaz drove the boy’s mother to the hospital. After the mother was told that P.J. had died, she asked to see his body. When she saw that the boy had stab wounds in his neck, she began hugging him. ” ‘He was just a baby. He was just a baby,’ ” she cried, according to Ms. Diaz.

Diaz said Avitto was going to turn seven on June 17.

Told the boy’s father, Nicholas Avitto, who lamented how he had not kissed his son that day: ‘He took my pride and joy away,’

‘I’m devastated. I’m beyond comprehension. I’m trying to understand how God works. My son is gone. That was the light of my life.’

The suspect, described by police as heavyset and in his 20s, remains at large after fleeing the scene on foot. Police believe the attack was random.

Police believe the killer is also responsible for the stabbing death of Tanaya Grant, the Long Island University freshman who was on her way to a friend’s house when she was attacked Friday night, a law enforcement source said. Police are now reviewing surveillance footage.

To date authorities have no compelling reason as to why the two children were targeted. A $5,000 reward has since been offered courtesy of Borough President Eric Adams leading to the capture of the assailant.