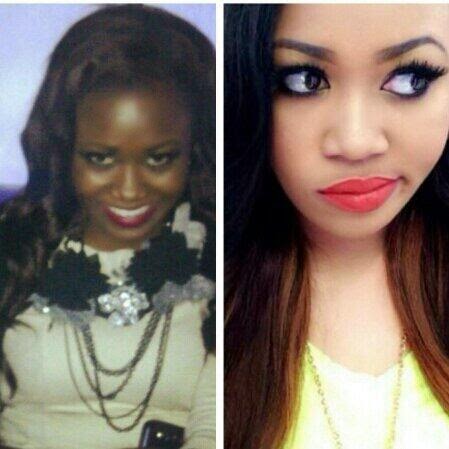 Vera Sidika, Kenya‘s version of America‘s Kim Kardashian has caused outrage after the controversial ‘socialite/provacatuer/publicity seeker‘ came to admit during a talk show that she spent hundreds of thousands of dollars on skin-lightening treatments.

Until her appearance on Kenya’s “#TheTrend,” Sidika had been adored for her curves. The news of her quest for beauty would threw many of her fans into an uproar.

Whilst still a dangerous practice, many dark skinned women are flocking to makeshift clinics to make their skin lighter, believing it will make them more beautiful.

Yet it wasn’t until the much followed socialite who came to the fore after a series of videos catapulted her in the public consciousness came to admit that she too also used a skin lightening regiment that social media took their hero to task.

An aspiring singer, Vera Sidika told her idols inspired her to lighten up.

‘Nicki Minaj and Rihanna did it,‘ told Sidika. ‘You just have to do it the right way.’

Nevertheless soon after having appeared on the show, social media would go to work, with users taking to the hashtag #BleachedBeauty and proceeding to call their new found hero out, insisting she was shallow and possessing low self esteem.

Other social media users told how the socialite was putting herself at risk, since bleaching is neither tested nor regulated, whilst others criticized her tacitly endorsing a white view of beauty and aspirations.

Although Vera Sidika widely criticized some users did come to the ‘entertainer’s’ defense, praising her ‘openness and honesty‘ in speaking about the issue

Told  #TheTrend host, Larry Madowo after the onslaught criticism: ‘I was accused of promoting or endorsing a white-centred view of beauty for African girls by interviewing her,’

‘The criticism was quite intense.’

Yet perhaps ironically, the nypost notes how Oscar winner Lupita Nyong’o, also from Kenya, has been celebrated around the world for her natural hair and deep cocoa skin. That said, many Kenyan women adhere to another, more European style of beauty — using hair extensions and bleaching creams.

According to the BBC, Kenyan men prefer their women lighter or “yellow, yellow,” as opposed to darker or “tinted” women.

Notes the bbc: Unlike in India where lightening creams are very common, in Kenya, skin lightening remains quite hush-hush, and is generally done in small backstreet venues. Experts believe it’s on the rise, and warn of the dangers of unregulated black market treatments.

Skin lightening has been an issue in Africa for some time and came to the fore earlier this year when Nigerian-Cameroonian pop star Dencia launched a cream called Whitenicious.

So far, Sidika says she’s shelled out $170,000 for her much lighter skin tone. A bill that it is believed she has passed on to her oil tycoon boyfriend…not that the provocateur couldn’t probably pay for the bill herself given the ramp up in business since taking on her bleaching regiment. 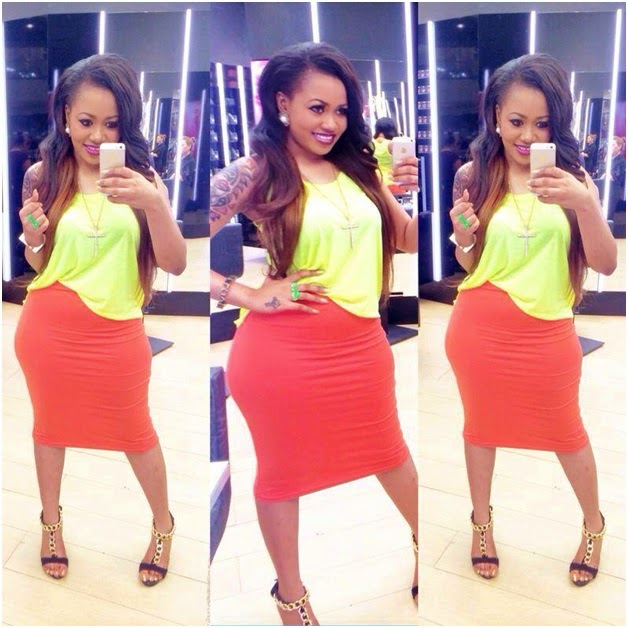