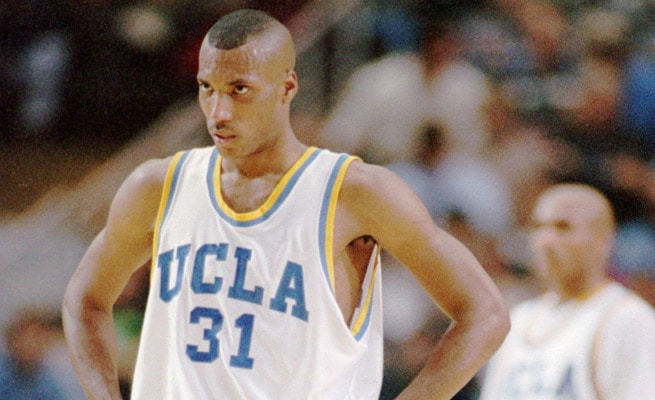 College athletes today are a different breed from those 100 years ago, or even 50 years ago. They have carefully planned careers from their youth, get specialized instruction, and spend countless days on the road improving their skills in hopes of a college scholarship. When they finally receive one, they put in long hours for practice and conditioning, then more time in competition and travel. The demands of their sport compete with their classroom time, making their education particularly taxing. And for all they have committed and sacrificed, they receive no financial compensation–even as their university brings in millions from their team’s success. It smacks of exploitation, and Michael Hausfeld is working to bring the schools and the NCAA to task on the issue (from more than one angle).

Institutions of higher learning pride themselves on creating an image of progressive thinking and inclusion. Yet nearly every college and university in the United States includes intercollegiate sports programs that provide education at the expense of exploitation and generate millions of dollars with the concussions and torn ligaments of their students.

This is the angle from which Hausfeld LLP is approaching the Ed O’Bannon case, in which a college player’s identity was used by private firms and a university to generate revenue. The outcome of this litigation could mark a significant precedent for future challenges to the current structure, under which athletics departments are in bed with apparel manufacturers, video game companies, and makers of other sports-related goods to the tune of millions–of which none can go to the athletes who are generating it.

Stubborn Reliance on an Outdated System

The NCAA is an old institution, first established in 1906. Ironically, one of its early functions was to address injuries and deaths in football that were causing many schools to abandon the sport. In time, though, the focus became on amateur status of sports participants and ensuring that they did not receive financial gain from their status as athletes, beyond that permitted under the terms of their athletic scholarships.

But many of the rules in effect today predate some of the massive growth in these college sports. Did those early NCAA governors expect to see modern college sports turn out as they have? Could they have predicted an SEC sports network, countless satellite radio commentators, and four-figure scalp prices for Final Four tickets? It’s highly unlikely that anyone saw these changes coming, but that’s not the downfall of the system. The problem is that the system has failed to adapt to a completely new landscape.

Headlines are scorching hot with the Donald Sterling story. Sterling owns the NBA’s L.A. Clippers and was surreptitiously recorded making racist statements to his girlfriend, telling her he did not like for her to bring black people to his games with her, then defending himself by describing the ways in which he provides for the black athletes in his employ. The word “money” was never used; instead, he talked about “giving them” homes, cars, and so forth, as if they were slaves being provided with shelter and transportation in exchange for their indenture.

Shocking as it is, Sterling is not the only one receiving such accusations. The NCAA and its member institutions bring in hundreds of millions of dollars in a very similar situation, and unlike Sterling, the metaphor of slavery is uncomfortably accurate.

The evolution of college sports from a fun distraction to a multi-billion dollar industry has been a phenomenal shift. And just as its participants are taking the games ever more seriously, so are the schools. But they have been lost through this maturing process, and the courts now appear poised to change that situation. The O’Bannon case, along with the unionization fight by Northwestern’s football team, stand at the forefront of what may ultimately prove to be a 180-degree turn in the NCAA’s thinking on amateurism.