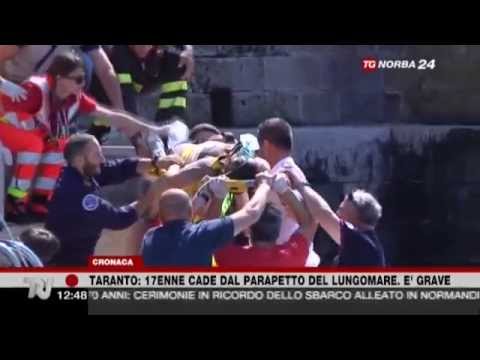 Isabella Fracchiolla, a 16 year old Italian teenager tells Italian press has come to die after plunging to her death as she tried to take a selfie while climbing over the railing of a promenade.

On June 6th whilst on a field trip with her school the teen had aspired to capture the visage of the seaside town of Taranto. Attempting to steady herself as she climbed over the railing, Isabella Fracchiolla came to slip, plunging a distance of 60 ft to the ground.

According to authorities the girl would come to suffer injuries to her femur, pelvis and head before being rushed to hospital and undergoing surgery.

Nevertheless doctors were unable to save the girl’s life as she came to die some days later.

The incident has come to pass as the popularity of taking ‘selfless’ has continued to gain global popularity, with many selfie users then taking to sharing such images on social media sharing sites.

The instance of sharing selflies often elevates the taker’s cache (at least that is the desired effect), their sense of importance, visibility along with acting as a ‘fun’ novelty way of connecting with other social media followers.

The mishap underscores the increasing dangers some selfie users are taking in order to offer the most phenomenal shot, usually in the hope of out doing friends and followers, and by proxy serving to elevate their social standing within that group.

One tragic instance came to pass in April when a a 17-year-old Russian girl plunged 30 feet to her death after climbing onto a railway bridge and electrocuted by live wires.

The same month a 32-year-old woman in South Carolina, who was posting selfies online as she drove, telling how ‘happy’ she was whilst listening to Pharrell William‘s ‘Happy’  song whilst driving came to die moments later when veered into the direct path of a truck.

Earlier this year a 21-year-old man in Spain was killed by a 3,500 volt electric shock after climbing on top of a train.