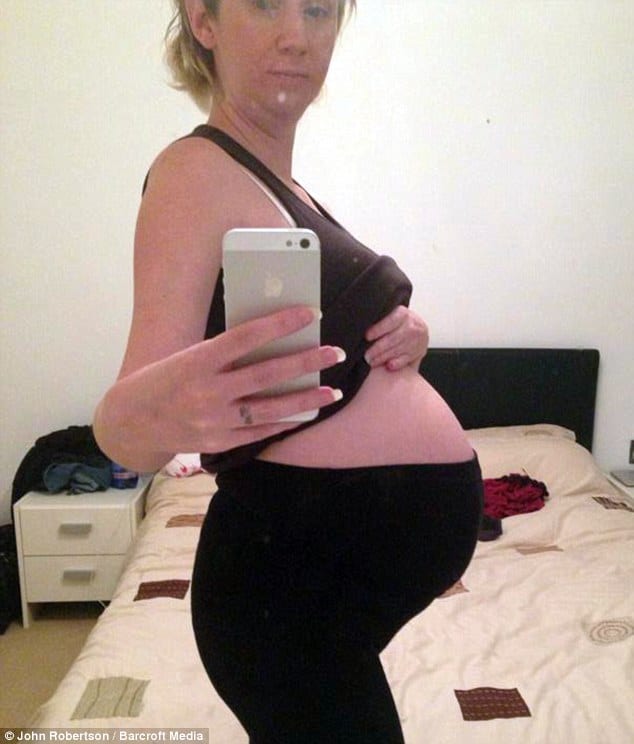 If there is one thing Tara Sawyer enjoys it’s being pregnant. To date the the 37 year old UK woman has already given birth to seven children, four of whom are her own and reckons she won’t stop being pregnant until her ‘womb falls out.’

In the past two years, Tara Sawyer has handed over three children to two couples and has forgone the right to up to £15,000 ($25K USD) in surrogate expenses, telling she is purely in it for the thrill.

Told the woman via an interview with the UK’s dailymail: ‘Surrogacy is very addictive,’

‘It’s a huge rush from the moment the test comes back positive.

‘It’s an amazing feeling to hand over a child to someone who desperately wants it, and I feel at my best whilst pregnant.’

Since giving birth to twin boys in January, Tara Sawyer tells she hopes to be pregnant again by the end of the year.

Tellingly, the first surrogate baby that Tara Sawyer gave birth to two years ago was biologically her daughter, but the mother didn’t feel any maternal love for the infant.

‘I don’t feel sad handing over a child that was never mine to keep.’

Tells the mother of an incident after her  twin boys Jack and Noah, now four, were still newborns during a complication which required caesarean section : ‘I didn’t want anymore children but I was desperately craving the pregnancy.’

It isn’t until Tara reveals that she was adopted as a child that one can begin to sense why the mother has gone to such lengths to give couples the opportunity to have a family. A family that perhaps Tara Sawyer never really got round to having, not that necessarily bothered her, given that she too by now is nonplussed by the notion of not necessarily knowing or being in the active company of her biological parents. Even to the point of even giving away her own biological child…

‘Surrogacy seemed like the perfect solution,’ said Tara. ‘I would get my pregnancy and a couple would get their baby.’

‘He didn’t take a lot of convincing,’ said Tara. ‘He knew I was feeling broody for the pregnancy and he knew that there was a hole that I needed to fill.’

‘He was more concerned about whether I’d be able to hand over the baby at the end but he was behind me 100%.’

Tara isn’t worried about the effects of pregnancy on her body, and says she is in better shape now than she was in her twenties.

‘I feel at my best physically when I’m pregnant,’ said Tara. “I take vitamins, go swimming, do yoga and eat healthily.

‘I hadn’t made as much effort with my own pregnancies but the responsibility was bigger with someone else’s child.

‘I love having a bump and people cooing over the precious little gift inside.

‘I don’t even get stretch marks – it’s like I was made to have babies.’

Interestingly within days of giving birth, Tara was missing being pregnant.

Reiterates the surrogate mother: ‘My husband was worried about me at first but it wasn’t the baby I was missing – it was the bump.’

And when Tara suggested another surrogacy a few months after, Matt was once again willing to support his wife.

‘When I’m not pregnant I feel empty and only a baby can fill that void.

‘I’m addicted to the buzz of pregnancy and if I can help childless couples at the same time it would be insane not to.

‘I won’t stop until my womb falls out.’

Which posits the question what deep void is Tara Sawyer trying to fill anyway by being pregnant back and forth, dare one imagines it has much to do with her own sense of alienation of being an abandoned child and perhaps feeling whole knowing at least this time she has control of who gets given away?