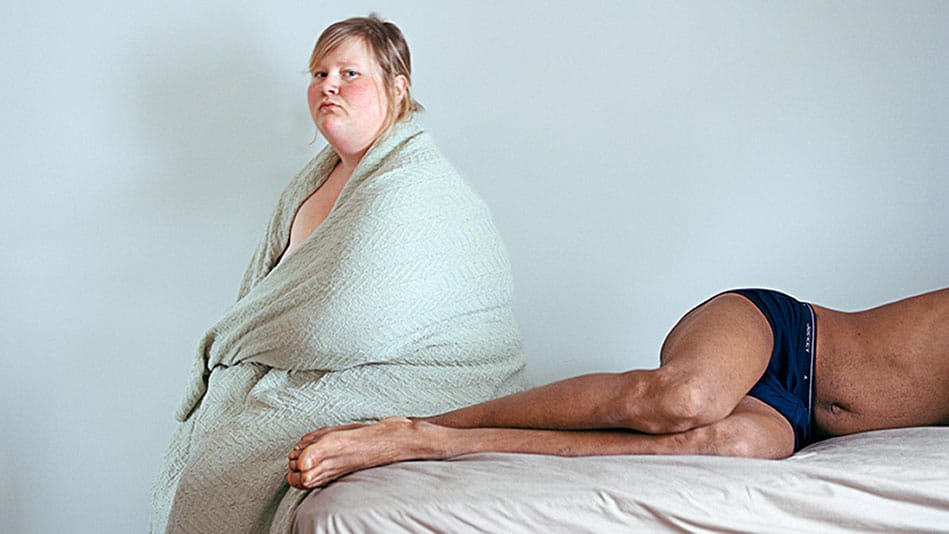 Jen Davis, an overweight woman who spent 11 years documenting and loving her body has in the end come to an awareness that her attempts at self love were only guided towards the camera and not that in real life.

During the time the photographer took to self portraitures, Davis sought to explore her own insecurities, ideas of beauty and love which in the end inspired her to lose 110 pounds after turning to gastric band surgery.

The woman’s journey has since been released in a new book, 11 Years, which shows Jen Davis‘ journey in the form of deeply intimate self-portraits.

The images will be also be on show at the ClampArt gallery in New York City from Thursday.

Despite the homage to self discovery, along with receiving critical acclaim and being showcased around the world, it wasn’t until 2011 that Davis realized that her body had not really changed over the years – and neither had she. 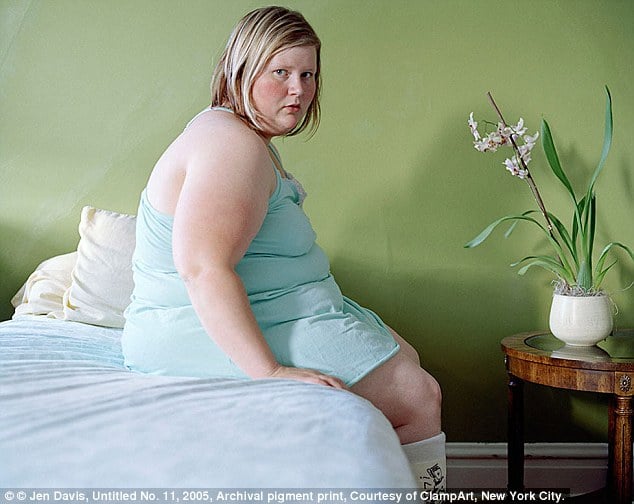 ‘In ten years, my body hadn’t really changed, and I hadn’t changed, either,’ she told Oprah magazine in 2012 following her surgery.

‘The problem was that I was making myself vulnerable only for the camera. What I really wanted was to be vulnerable for another person.’

Reflected the photographer in a New York Daily News interview: ‘I need to look at myself.’

The portraits, raw and void of any pretension, are scenes from Davis’s everyday life.

In one, she sits on her bed and stares square at the camera, as if trying to look into her own soul.

As the book progresses, Davis introduces male subjects into her self-portraits. She was craving intimacy  but found it only in a camera lens.

Reflects the photographer: ‘In the work what I kept returning to is: What is love? Am I loveable? Can someone find me attractive?’

After her revelation in 2011, Davis underwent lap-band surgery and rapidly lost 110lb.

At 34 in 2012 and drastically slimmer, Davis had never had a boyfriend. She resumed her self-portraits, even though she felt more exposed than ever before.

She felt more beautiful and desirable too – but her subject was matter new and different.

11 Years marks the end of one chapter and the start of a new one in Davis’s life, complete with its own joys and challenges.

‘My sexuality feels tangible for the first time. There’s a change in tone. Where I once saw an overpowering sadness, I now see confidence,’ told Davis via the UK’s dailymail. 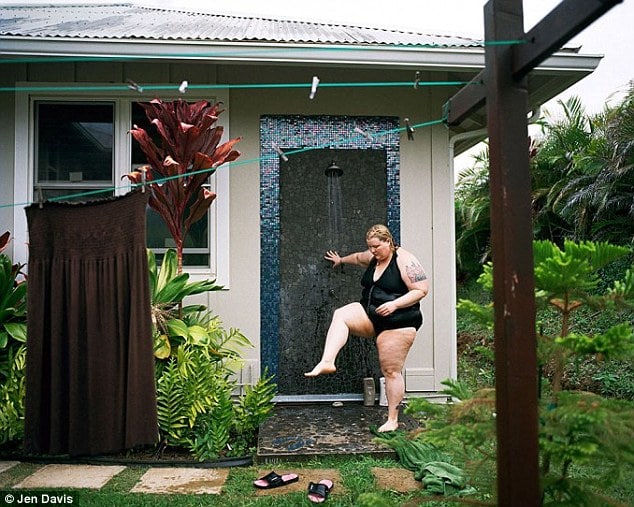 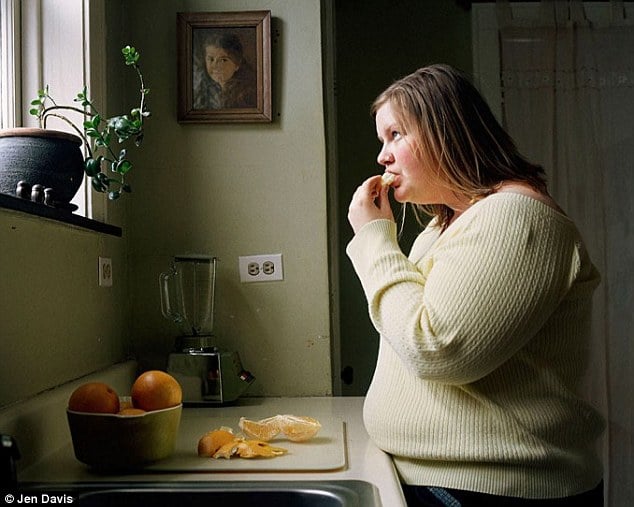 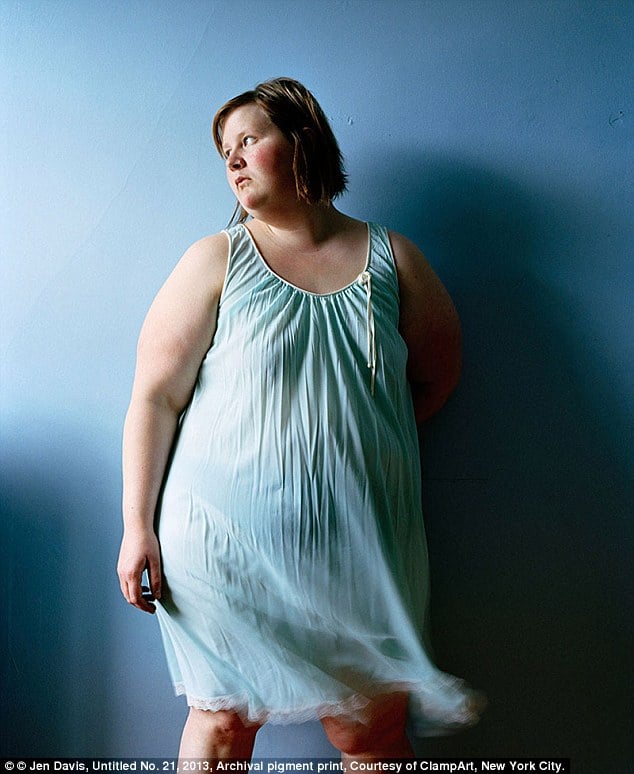 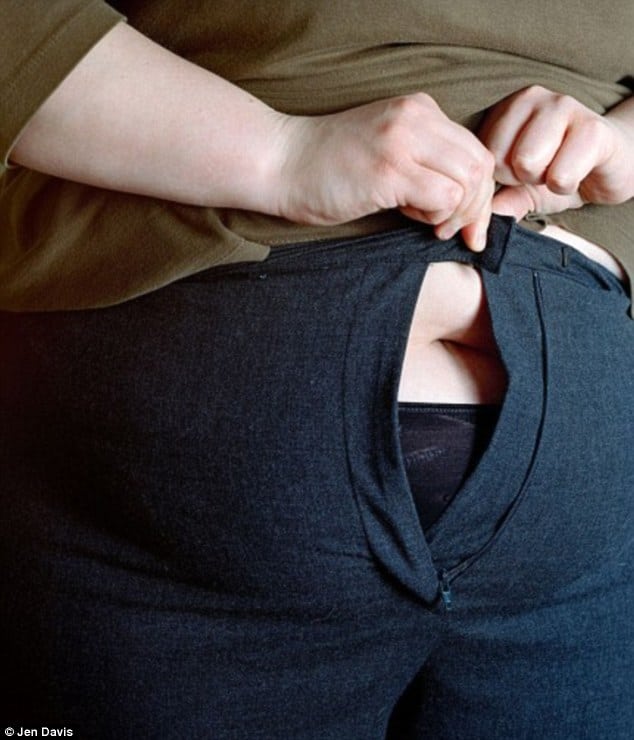 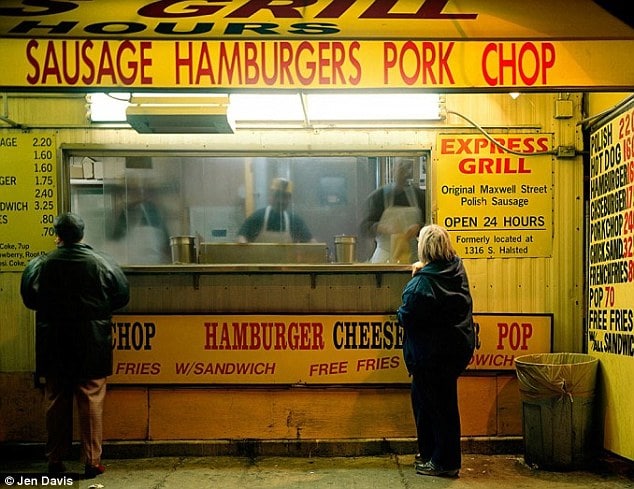 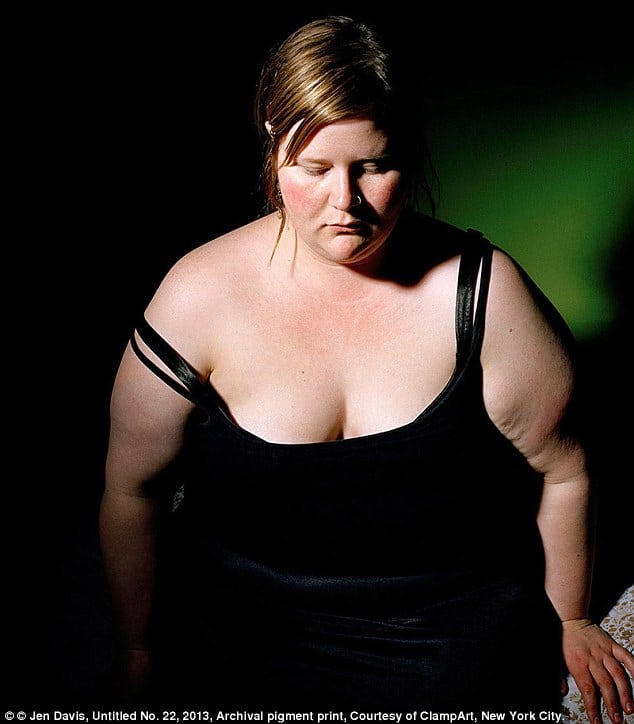 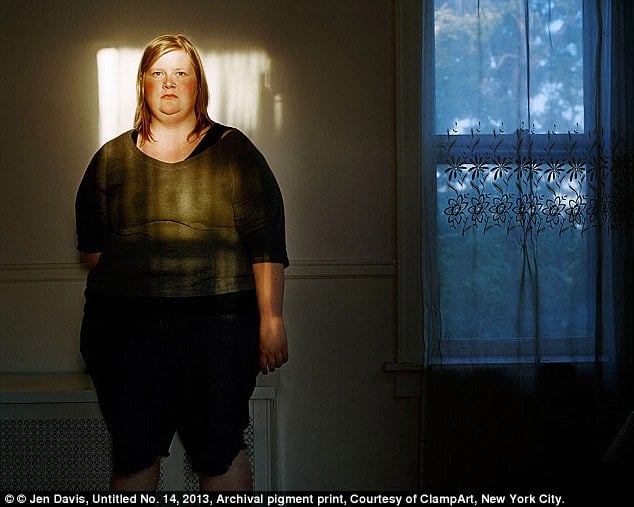 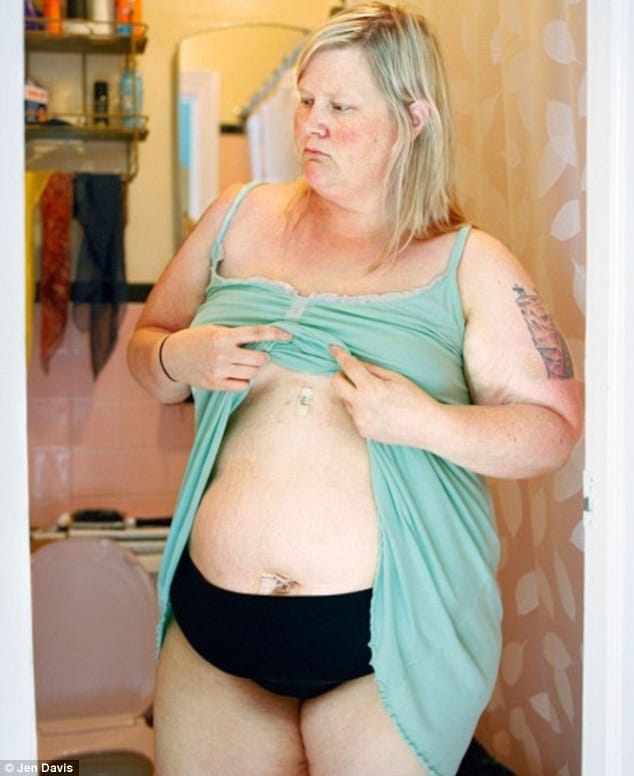 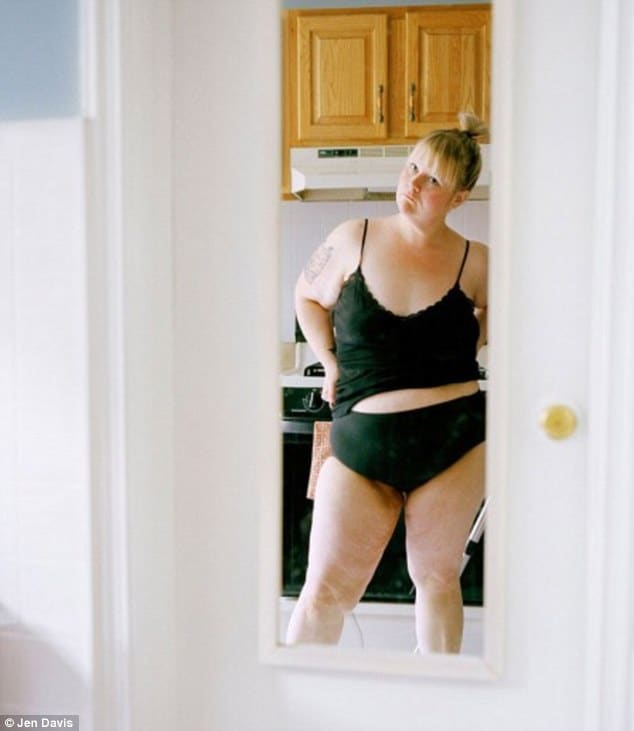 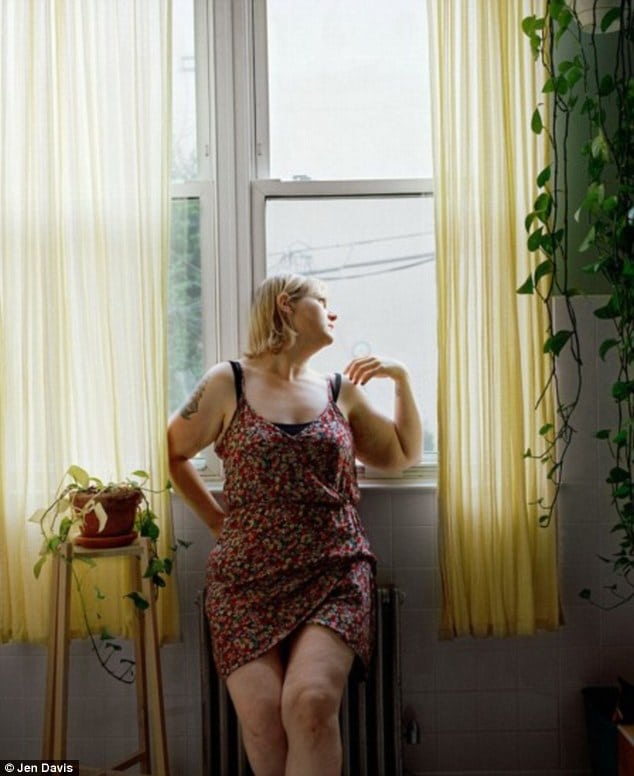 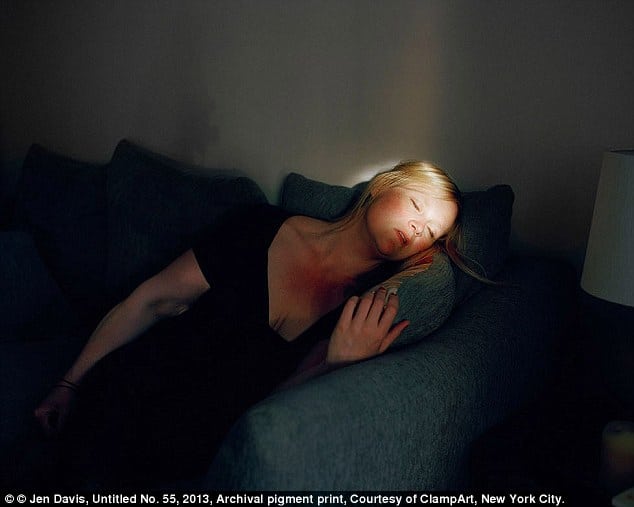