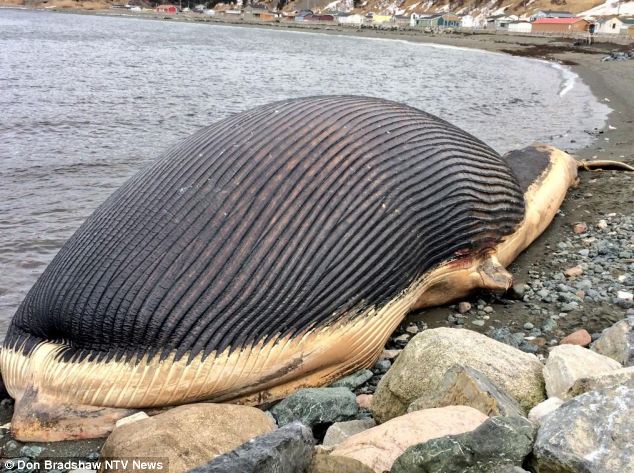 Residents of Canadian town village, Trout River, Newfoundland, are patiently waiting for a beached blue whale carcass to explode after it washed ashore last week. The whale is believed to have died as a result of heavy sea ice a few weeks ago.

So rampant has the excitement of what is to follow, that town elders are worried about what could happen if the carcass remains grounded near the town’s historic wooden boardwalk.

Told Emily Butler, town clerk: ‘It’s only a matter of time — as the weather warms up, it’s only going to worse,”

Exploding whales are not a new phenomenon — the gasses that build up inside of decomposing whale carcasses are known to build up enough pressure to pop through the blubber and rain whale bits on the newly-squeamish people unfortunate enough to be caught downstream.

The problem is that moving dead, beached whales is incredibly difficult given both their bloated size, and dangers the create should they come apart. In the past, local beach communities have tried burial, live dissection, cranes, and even dynamite to remove the stinking whale carcasses from the area, mostly with disastrous results. Almost all attempts inevitably end in an exploding animals, as the corpse is popped like a giant zit and the noxious gases and rotting innards leak out.

That said not everyone is worried about the blue whale carcass exploding. Jack Lawson, a research scientist with Canada’s fisheries department, says the risk of such a blast is ‘very small.’

Told the scientist: ‘At some point, the skin of the animal will lose some of its integrity as all of the connective tissue starts to break down.’

The people of Newfoundland have since set up a website called HasTheWhaleExplodedYet.com to inform the world of the fate of the bloated carcass. So far, it hasn’t exploded. Yet. But there is always hope. Right? 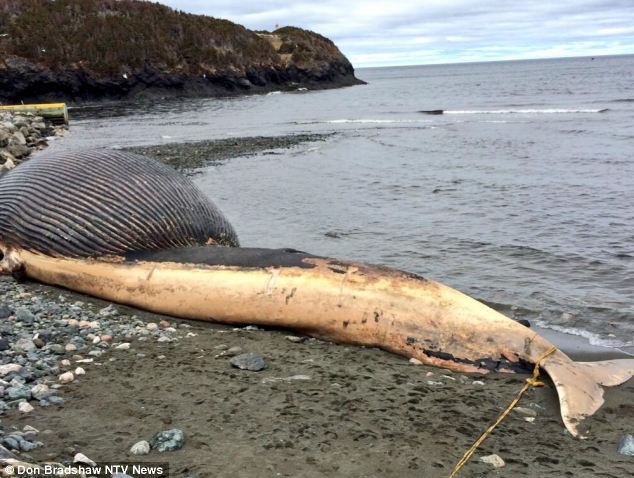 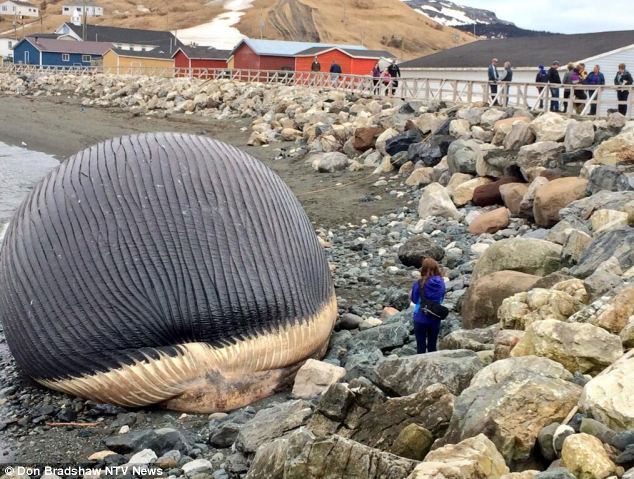