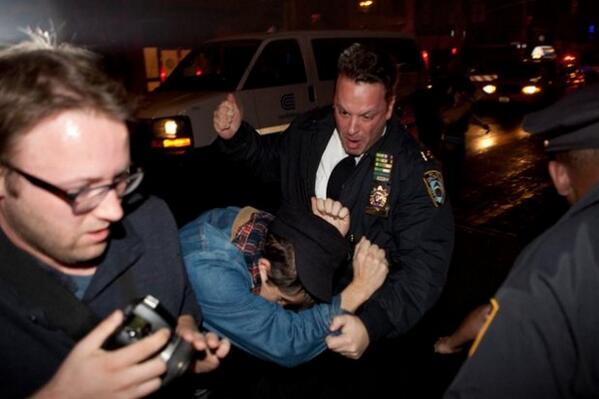 It seems the NYPD‘s attempts to inspire positive public relations with the community has dizzily backfired and then some after the police department invited twitter followers to upload pictures on social media. Predictably the NYPD had anticipated an avalanche of positive social sharing, but the hashtag, #myNYPD was anything but happy go lucky.

Called to arms, many NYC based social media users spared little in letting the NYPD really know their thoughts about the department, with many sending in images depicting officers being abusive , unprofessional and indifferent to brutality, among other things.

Along with decrying the NYPD, many twitter users slammed the NYPD for the social media disaster and recalling the names of people shot to death by police. It was the top trending hashtag on Twitter by late Tuesday, replacing #HappyEarthDay. So far #epicfail has become a trending hashtag. 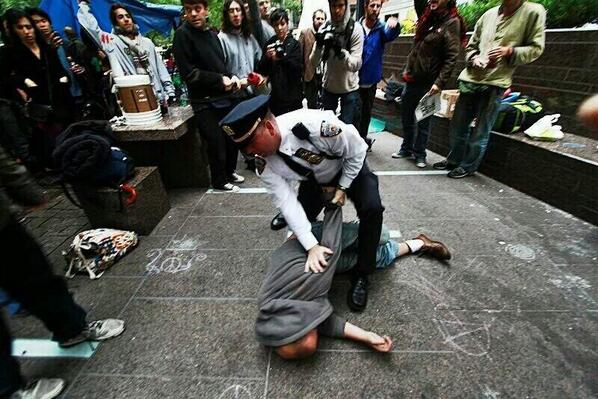 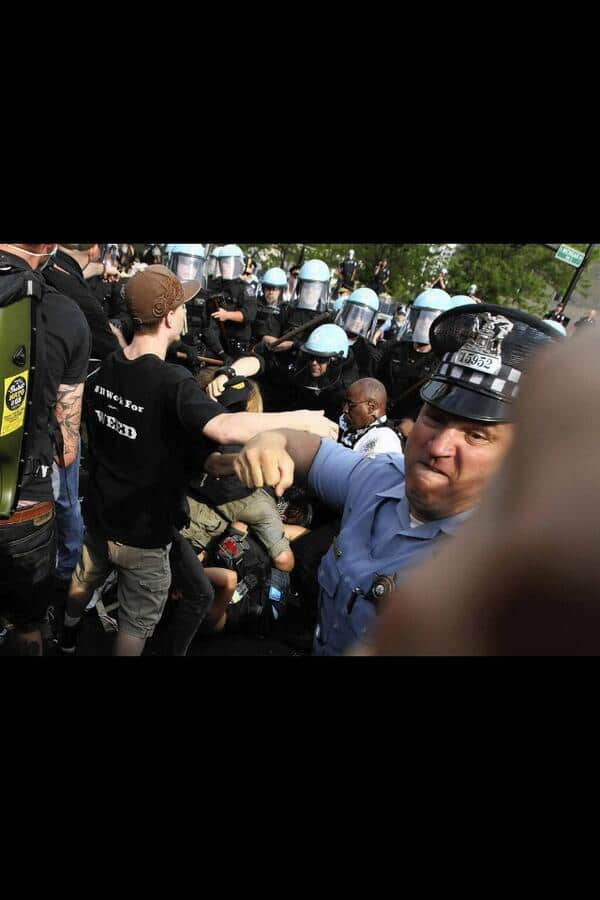 Anthony Rotolo, a social media strategist and professor at Syracuse University, said, ‘What the NYPD did is fail to see that if there are things that can be dredged up in your environment, the louder voices of discontent will tweet them,’ he said, adding they’re right not to back down.

“It would mean the crowd had shouted them down,” Rotolo said.

In response to the Twitter backlash, NYPD spokeswoman and Deputy Chief Kim Royster issued a statement late Tuesday calling the effort an ‘open dialogue’ that was good for the city.

Told the statement: ‘The NYPD is creating new ways to communicate effectively with the community,’

‘Twitter provides an open forum for an uncensored exchange and this is an open dialogue good for our city.’ 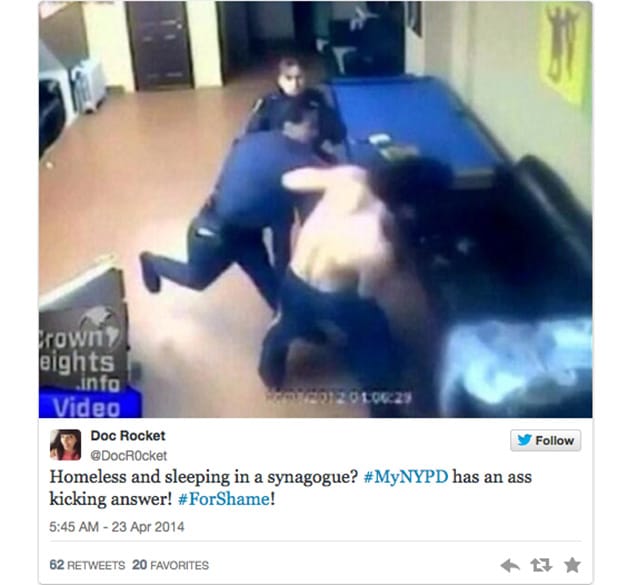 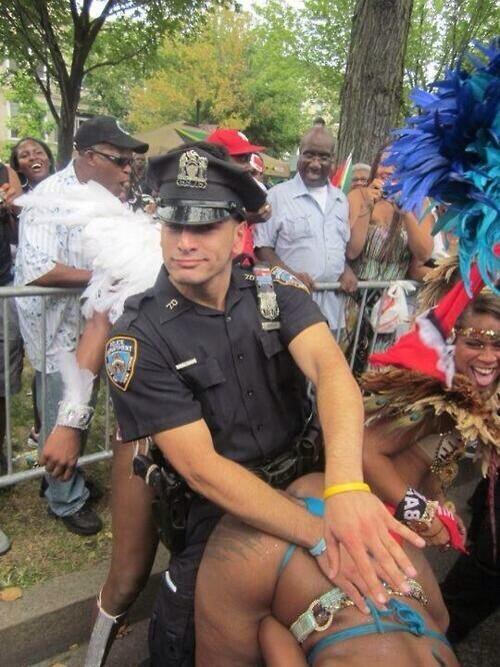 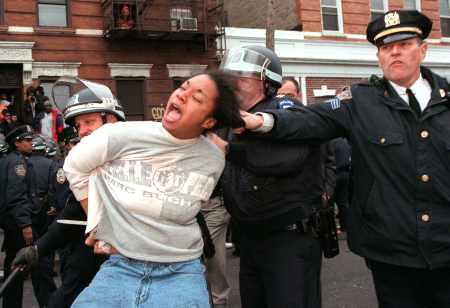 Hours after the media began to report the failed pro-cop campaign, Los Angeles residents carried out their own online demonstration by trending the #myLAPD with their own indelible stories.

The NYPD has since told it is re assessing its outreach program with the community. One thing is for sure, there is a lot of seething resentment against the NYPD and cops in general, but what’s probably even more disturbing is the police department’s antipathy and nonchalance in addressing it, let alone even admitting such hostility exists. 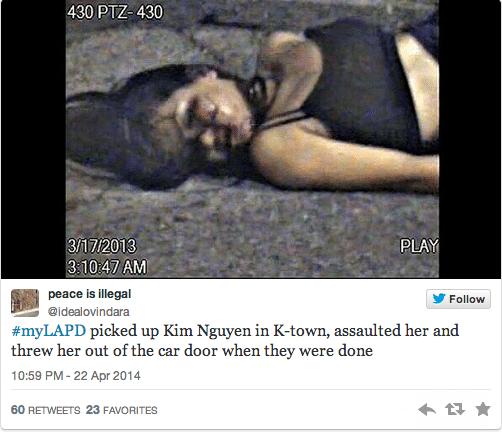 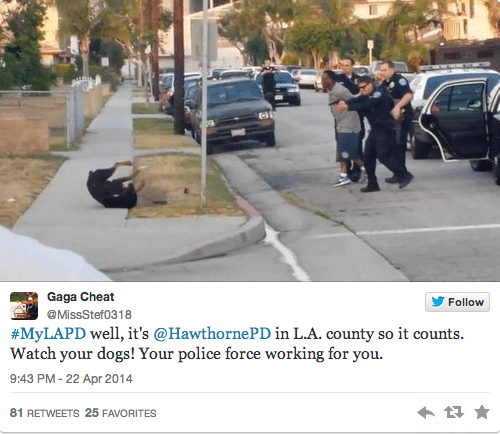 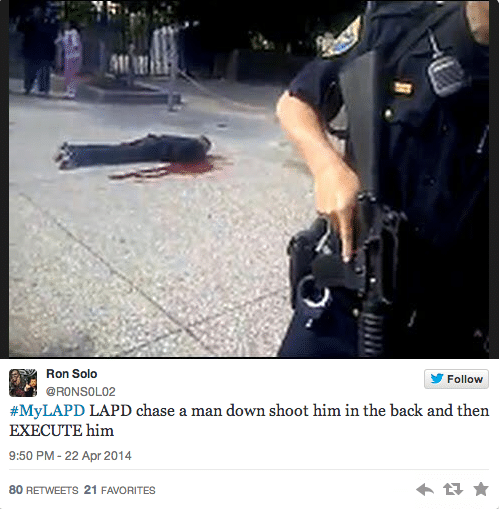