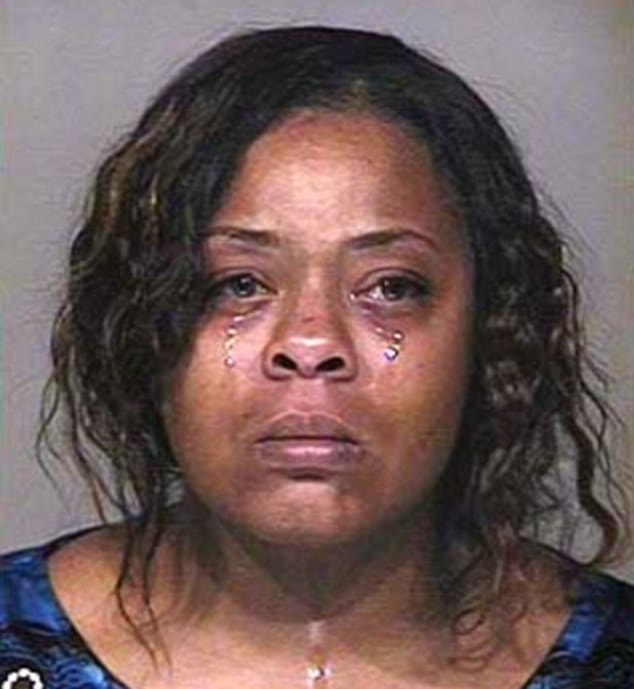 Shanesha Taylor a homeless single mother of a 2 year old son and 6 month old baby boy has been arrested on felony child abuse charges after leaving her children alone in a car to attend to a job interview.

The Arizona mother came to be arrested after a passing bystander called cops who came upon the children in a locked SUV in a parking lot in Scotsdale.

Cops told that two children were left alone in the car with the engine off and each of the windows slightly cracked.

The car was left parked in the sun and all the doors were closed.

Cops added that the children had been in the SUV for up to half an hour before they arrived.

Cops added that 35-year-old Shanesha Taylor returned from her job interview about 45 minutes after they came to the scene.

Asked why she left the children unattended to, the homeless single mother replied she didn’t have anyone else to care for her children while she was on an interview at an insurance company.

Told Scottsdale Police Sergeant Mark Clark: ‘She was upset. This is a sad situation all around. She said she was homeless. She needed the job,’

‘Obviously not getting the job. So it’s just a sad situation.’

To date the homeless mother remains in jail, and her children have been put in the custody of Child Protective Services.

Taylor’s arrest has spurred an online fundraising drive to help with her legal expenses.

The fundraising site acknowledges that Taylor made a ‘terrible mistake‘ but urges compassion.

‘There are a lot of us who feel she was just a victim to what an economy like this is putting struggling families through,‘ told Bishop

It is not understood where the children’s father was and why he was not also brought into account or why for that matter no community services exist for mothers like Shanesha Taylor….and why society has failed to address such concerns.