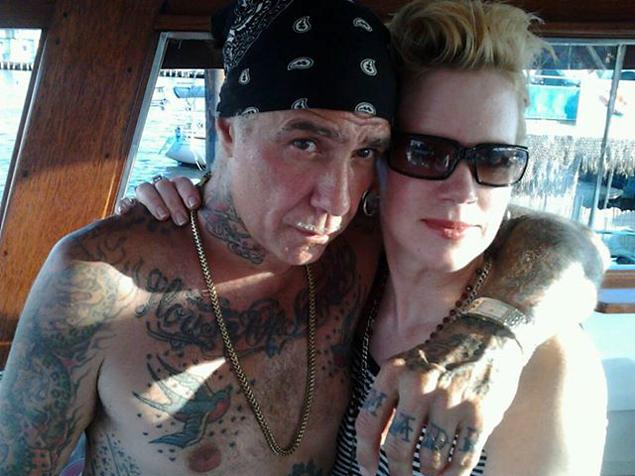 As authorities have come to unearth what led to NYC fashion designer Michele Savoia dying leading into the weekend, it is now being reported, preceding Savoia’s death, he had run a bar tab to the tune of $600 at NYC nightclub Marquee.

At present it has not been disclosed whether the tab included rounds he may have bought for others, a bottle or perhaps round after round for himself. Which may also suggest that the designer may have had a drinking problem or at the very least a no holds barred attitude when it came to enjoying himself. Assuming drinking $600 worth of liquor one can still enjoy themselves…

It was after leaving the club, after attending Paris Hilton‘s birthday that the designer was then caught on surveillance video walking literally in the middle of tenth avenue from 26th st to 16th where his boat house lay along the Hudson river.

It is believed whilst trying to navigate the icy planks leading up to his boat the utterly inebriated Michele Savoia fell in the freezing water.

Yet what makes the tragic story particularly biting is the fact that Savoia had in the past also fallen off the ramp, inebriated into the water. That time he had survived.

Offered the 55 year old designer’s girlfriend Julie Berg via the nypost of the raccoon fur coat that he had been wearing that night which by now had become a trademark look for the designer: ‘I knew if it got wet it would be like a lead weight,’

Added Berg: ‘He just had a lust for life. That’s why I feel in love with him. I never met anyone like him before.’

Reiterating to the nydailynews: ‘He seemed so invincible. It shouldn’t have ended like this for him. It is so tragic,’

Told business partner Felix Rodrigues: ‘It’s a tragedy. He was one of my best friends for 30 years,’

‘He was a talented man. Everyone knew him — he was a crazy s.o.b. If I had to describe Michele Savoia in any way, it would be a red Corvette driving 150 miles down the highway without a driver.’

Which in some way may have also described the excess drinking that he did that night which saw the beloved designer perhaps recklessly carry on into the darkness of the night with not a care in the world ….