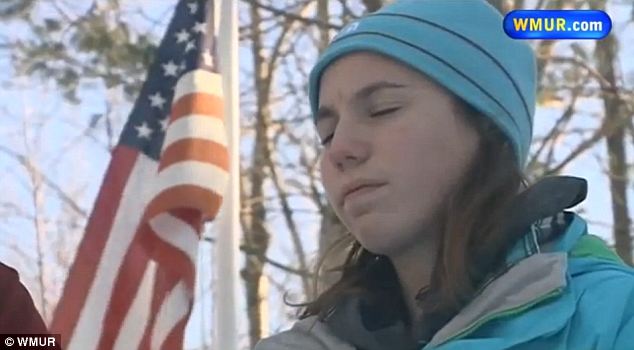 Twelve year old New Hampshire girl, Maddie Gilmartin got more than what she bargained for after licking a flagpole during last week’s blizzard.

Told the 12 year old who came to find herself suddenly stuck on a flagpole: ‘It just kind of popped into my head, “Hey what would happen if I stuck my tongue to a flag pole?”‘

‘At the moment, I was like, it will come right off.’

As luck would have it, the rapidly dropping air temperatures last Thursday combined with the wet surface of Maddie Gilmartin’s wet yummy tongue was too much for fate to ignore.

Told our collective hero’s father, Shawn Gilmartin after noticing his daughter suddenly flailing her arms as he plowed snow further down the driveway: ‘I see her standing at the flag pole, her arms are waving,’

‘I’m not sure what’s going on until I got closer.’

By the time Shawn realized his daughter’s faux pas, Maddie had made shit worse for herself.

Told a flummoxed Shawn as blood began seeping down the flagpole: ‘She tried to pull her tongue off of it as soon as it happened and that’s what made it bleed,’

‘I had my hands cupped, I was blowing, breathing on her lips and tongue.’

Kids is the bonding session you always imagined between you and daddy?

From there, Shawn and his wife grappled for a way to release Maddie, before settling on warm water as they waited for paramedics.

In total Maddie had her tongue stuck to the family driveway flagpole for 15 minutes.

Doctors have since told they expect our collective heroine to recover, but have cautioned it will take up to six months for the swelling in Maddie’s mouth to go down.

Which means Maddie will have plenty of time to keep pondering the question that went through her head just after her tongue hit the pole: ‘Like, did I really just do that shit?’ 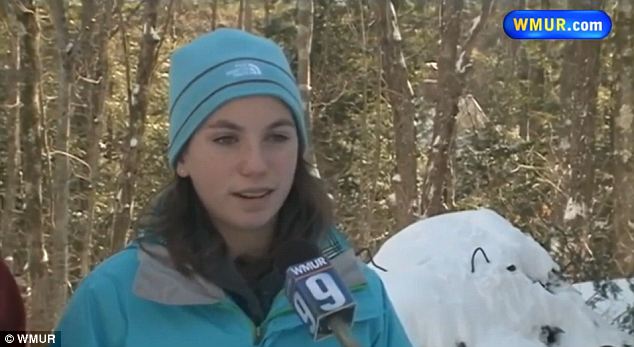