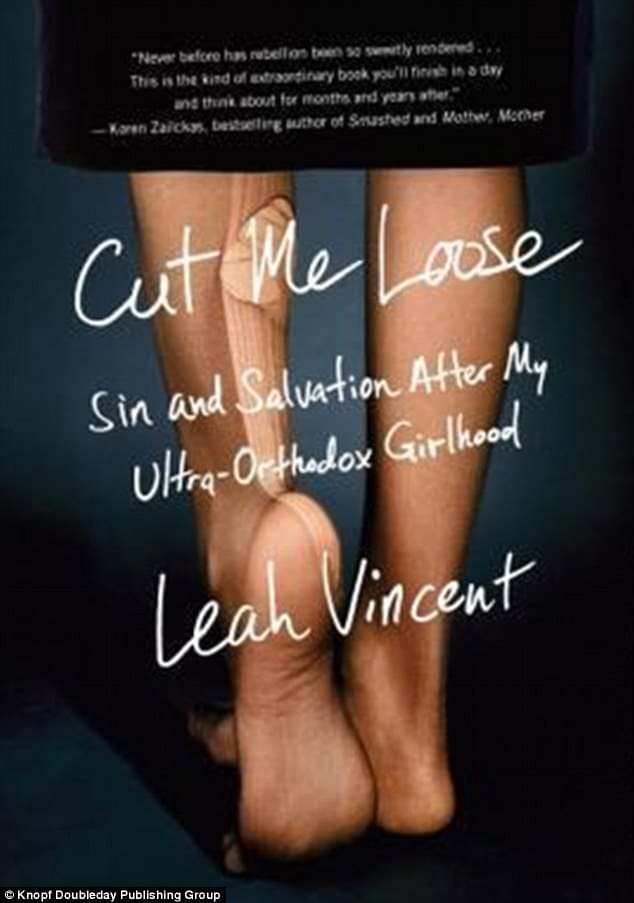 A 31 year old Jewish woman, Leah Vincent has found redemption after her strict family threw her out to the streets at age 17.

In a new tell all memoir, Cut Me Loose, Leah Vincent who was born into the Yeshivish community, a fundamentalist sect of ultra Orthodoz Judaism tells how she nearly came to perish as she was forced to adapt to a secular world after her family barred her for displaying tendencies outside of their faith.

The fifth of 11 children born to a prominent Orthodox rabbi in Pittsburgh. Leah and her ten siblings were raised to worship two things: God and the men who ruled their world.

At the age of 15, Leah was preparing for marriage. But the tradition-bound future Leah envisioned for herself was cut short when, at 16, she was caught exchanging letters with a male friend questioning her ultra orthodox Jewish faith.

She had violated the religious law that forbids contact between members of the opposite sex.

Told the woman to the nypost: ‘I was now marked as a girl who had spoken with boys. I was no longer a good girl,’

‘I wanted to be good. I was just too curious. My evil desires had momentarily led me astray,’

‘Your behavior has become unacceptable,’ said her mother. ‘We give you chance after chance, and you keep on messing up and hurting people. Disappointing people.’

‘You are not getting any more allowance. You’ll have to figure out how to get by on your own,’ she continued. ‘You think you’re so grown-up? Let’s see how grown-up you are.’

The final straw tells the outlet was when the young woman purchased a sweater that her parents deemed immodest; she expressed an ambition to one day attend college and doubted the strict codes of conduct prescribed by her religion.

Afraid, in part, that her behavior would affect the marriage prospects of their other children, Leah’s parents put her on a plane to New York City before her 18th birthday and cut off ties.

After the sweater incident, Vincent’s parents found her a studio apartment in Kensington, Brooklyn for $450 a month and job as a secretary that paid minimum wage. They paid the first month’s rent — but after that she was completely on her own. 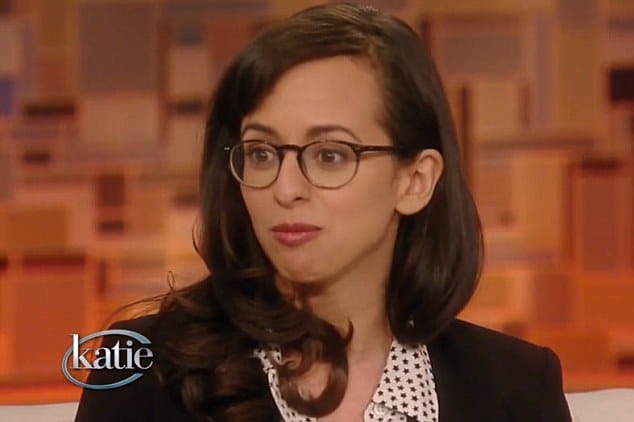 In her Yeshivish community, there was a strict segregation of the sexes.

Tells Leah Vincent in her memoir: ‘Women in my family were not allowed to attend college or become Jewish scholars. Men had the ultimate authority in the home and in the community.’

A girl’s two most important goals, she tells, are to be modest and obedient. In order to reach these goals, according to Vincent, a girl must:

Wear shirts buttoned to her neck with sleeves covering her elbows and with skirts that fall below the knee. Even wearing patterned tights or wide belts are banned as too provocative.

Abstain from talking to unmarried men. Be seen and not heard. The community frowned on women singing or talking too loudly.

These rules (and many more) were vital to maintaining a good reputation, an absolute necessity for landing a suitable husband.

‘A girl’s sexuality was so powerful,’ says Vincent, ‘any hint of it had to always be completely hidden.’

For several years Leah Vincent lived alone in a shabby studio apartment in the Kensington neighborhood of Brooklyn. She was lonely. Her mother rarely phoned. Her father had severed communication entirely.

Accustomed to seeking male approval, she would now go on to attract plenty of the wrong kind.

She approached men hung out on the local basketball court and began a series of grim and risky relationships, culminating in her rape age 17 by a boyfriend.

‘I soon began to stop and watch the games,’ she says. ‘I longed for my stares to beckon one of those people to the bench where I sat, to talk to me.’

It wasn’t soon long after a man by the name of Nicholas approached her.

Upon following Nicholas back to his Manhattan apartment Nicholas raped her.

Not even knowing what intercourse entailed, she asked herself, ‘Was that sex?’

At age 17, Leah Vincent lacked the basic understanding of the body and the tools to deal with men to whom she had spent a childhood learning to yield and please.

By 19, she overdosed, swallowing a half-bottle of aspirin after mutilating herself with a rusty razor which led to her spending 10 days in a psychiatric hospital..

By 21 Leah Vincent had tried to establish herself as a Craigslist prostitute.

The responses flooded in. She picked one, a lawyer from the Upper East Side. And even though she had been in the city now for several years, even after living a very ‘modern’ life, she still was clueless. She never quoted a fee and agreed to meet him at his place. He paid her after their second go-round, a paltry $60. Shamed, she vowed not to prostitute herself again.

Cast out in New York City, without a father or husband tethering her to the Orthodox community, Leah Vincent was unprepared to navigate the freedoms of secular life.

‘There is little room for a single girl in Yeshivish life,’ she explains, referring to the many daily restrictions imposed by ultra orthodox practice. ‘For a woman, the rhythm of observance is tied to family. One is either a daughter or a wife.’

At one point she returned back to the family home for a family dinner. Her parents made her eat off paper plates—not to meet the requirements of Jewish law, her sister explained, but to prevent her from ‘contaminating‘ the family.

After Ms. Vincent attempted suicide, she writes, her parents told her other siblings that she just wanted attention and that they should ignore her.

She spent the next few years using her sexuality as a way of attracting the male approval she had been conditioned to seek out as a child, while becoming increasingly unfaithful to the religious dogma of her past.

According to Leah Vincent, it took a long time, years even, to shake the feeling that she was corrupted and didn’t deserve happiness.

Long after she had dropped the external markers of religiosity—her modest clothes and dietary restrictions—she still judged her actions based off of the standards with which she was raised.

‘Even though I put on pants and was having sex with people, it doesn’t meant that my brain bounced back into normal, un-fundamentalist religion shape,’ she said.

She succeeded however, when it came to education. She had been accepted to Brooklyn College on a scholarship and achieved straight-A’s.

From there she would go on to have her first healthy relationship, becoming involved with a married professor, 42 years her senior who encouraged her to speak up when it came to her opinions on politics, culture and the world.

Eventually his wife found out about the affair and made the professor end it. But before that, Vincent had built up enough confidence to apply to graduate school and was accepted — again on a full ride — to Harvard.

Leah Vincent tells she has since attempted to confront the oppressive world of religious fundamentalism and the broader issues that face even the most secular young women as they grapple with sexuality and identity.

Having used her new sense of freedom and now attending college, Leah Vincent would excel academically and would go on to be awarded a scholarship at Harvard earning a master’s degree at Harvard’s Kennedy School of Government.

Perhaps disturbingly, Leah Vincent never fully explains her parents’ vicious behavior. ‘I felt like I was caught in a garish nightmare,’ she says, recalling the period that led to her estrangement.

Now at the age of 31, Leah is married to  Zeke, who also left a Hasidic upbringing in Borough Park, Queens. The two have since married and have a daughter.

‘I fiercely believe that all people should have a right to a self-determined life,’ she says.

‘My parents getting stricter and stricter, my petty transgressions ballooning into terrifying sins.’

Which raises the question how much ought we as individuals subject ourselves to the rigors of our faith, if our identity, sexuality, intellectual curiosity and right to experience is appropriated by rules which seek to serve a higher calling whilst all the while denying one’s own being and values? Especially a woman’s values as so many religions, from Catholism, Islam and Judaism do…even if it means walking away from one’s own blood and flesh.