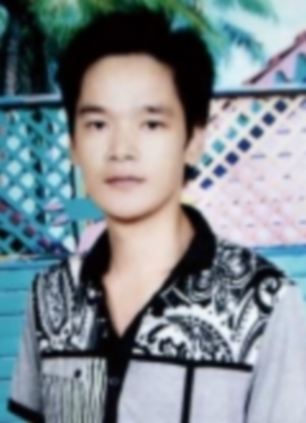 Lian Enqing a Chinese man who accused a local hospital of a botched nose operation has been sentenced to death for the murder of ear, nose, throat specialist Wang Yunjie after storming a local hospital enraged.

The verdict came after Lian Enqing, 33 admitted to taking a knife to Yunjie,46 after he was left unhappy with his nasal surgery.

Along with murdering Yunjie, Lian Enqing also injured two others in a bloody spree at the ear, nose and throat hospital of the First People’s Hospital of Wenling, Zhejian Province.

Lian had not been a patient of Dr Wang, but after his requests for further surgery were turned down he burst into the doctor’s consulting room armed with a hammer and knife, hitting him over the head and stabbing him several times.

Lian’s sister, Lian Qiao, reportedly said her brother had frequently complained about his nose, and was having respiratory problems and discomfort following his surgery for rhinitis and other nasal problems at the hospital in March 2012.

Although doctors believed that his surgery had been a success, Lian’s sister told felt ‘cheated’ at the outcome and reported being in extreme pain.

Told the sister to Chinese news agency Xinhua: ‘While the hospital confirmed that the surgery was successful, Lian felt he was being cheated by the doctors.’

Prior to the killing on October 25 last year, Lian had received treatment for a persistent delusional disorder at Shanghai Mental Health Center, where he was a patient between August and October 15.

In testimony, the sister told the following: ‘His temper changed very much after the surgery.’

That said the court in Zhejiang Province told that medical examinations had shown that Lian was not suffering from the disorder at the time of the killing, and could be held criminally responsible.

He agreed at his trial last week that he was not suffering from mental health problems, but maintained that his surgery had been unsuccessful.

Nevertheless the court ruled that  Lian Qiao had committed intentional homicide, and sentenced him to death.

Wang Weijie, another doctor who was injured as he tried to restrain Lian, told that the sentence would comfort Dr Wang and the other doctors at the hospital.

Following the attack hospital staff had staged protests outside the medical center to call for stronger safety measures to protect against violent patients.

In lieu of violence against doctors some hospitals have stepped up security for medical staff since November. Some go as far as equipping their security guards with riot gear, pepper spray, batons and shields. Two hospitals in Shanghai also began taekwondo lessons for doctors last November.

In the past, disputes between doctors and patients often involved protests outside hospitals. In recent years, some disgruntled patients have become violent, beating up or even killing medical workers, as reported in the increasing numbers of cases. Which raises the awkward question why were there so many disgruntled patients feeling the need to take to the streets in the first place?

Of note is whether Lian Enqing purposefully set out to seek violent retribution for a botched nose job or was he under the duress of a mental illness? Or worse, was he exhibiting any possible repercussions for any medication that he may have been given?