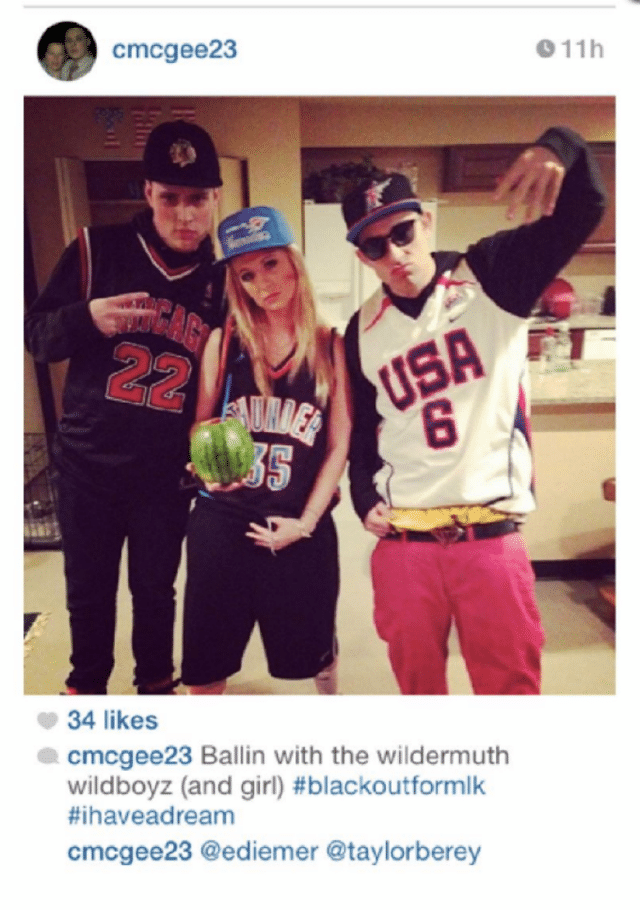 Since the suspension, University officials have told that plan to meet with fraternity representatives regarding the off-campus party over the weekend.

Told Sharon Keeler, an ASU spokeswoman: ‘ASU has suspended chapter operations, can and will take additional action against the individuals involved, and is meeting with the national TKE organization today to take further action,’

‘It is unfortunate that a few misguided individuals held an offensive party at a time when ASU, the state and the nation are celebrating Dr. King’s achievements and legacy.’

Responding to the snafus, Alex Baker, a spokesman for the national fraternity organization responded: ‘Tau Kappa Epsilon does not condone or support any actions by its members that would be defined as racist, discriminatory, and/or offensive,”

“It is with embarrassment and regret when a few individuals within our organization make decisions that do not align with the values and principles of Tau Kappa Epsilon.’

Uproar ensued after images from the party made their way onto social media websites, depicting attendees dressed in basketball jerseys and flashing gang signs, among other things.

Reflected one ASU senior, Kaajal Koranteng: ‘I think this represents the ignorance that still exists today. This is just one example of the kind of things that occur here.’

Added another ASU senior Frank Hogan after seeing some of the pictures: ‘This isn’t appropriate at all and you really have no business dressing like this on a day that’s sort of revered for African-Americans.’ 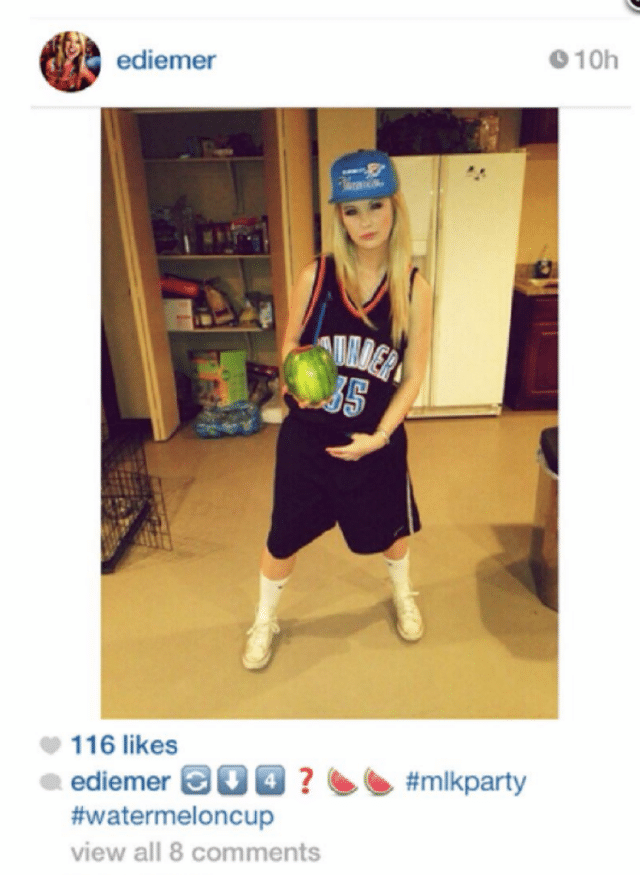 Arizona civil rights activist, Rev. Jarrett Maupin called the party antics outrageous and offensive and said the university and the fraternity’s national chapter should be more forthcoming about what occurred.

Told Maupin: ‘It was just a raucous, racist rally, and they used Dr. King’s holiday as a mask for racial villainy and harassment.’

Which raises the question what compelled students (yes the pioneers of our future) to take to such contentious guises? Was the idea of being offensive lost on them? Not lost on them? Ought it matter? What’s in a costume or a party antic anyway? Or is this a sign of deeper malaise and unrelenting issue of racial prejudice that activists like Martin Luther King Jr fought against back in the 1960’s. So much for change?

Incensed, Reverend Maupin is now calling on the school to expel all students involved in the party and permanently ban the fraternity from campus.

He plans a news conference for Tuesday afternoon with numerous community leaders.

Interestingly the Tau Kappa Epsilon fraternity was already on probation for previous offenses, including an assault involving members of another fraternity in 2012. The disciplinary action, according to ASU, meant the fraternity was not allowed to have parties. Its probation was set to end May 17.

Founded in 1899 at Illinois Wesleyan University in Bloomington, Ill., the fraternity has about 257,000 members at 291 chapters and colonies across the United States and Canada, according to its website.

In 2012, the University of Arizona stripped its local chapter of Tau Kappa Epsilon of recognition after an investigation showed multiple instances of dangerous hazing.

And then there was this reflection on the web that made me wonder as well:

People like the kids above actually think they’re being clever. They’re racist to the core, so these types of things are funny to them. And because racism is so normal to them in their sheltered racist communities, they don’t see any problem whatsoever with sharing these photos online. Because, as they would argue, it’s “just a joke.”