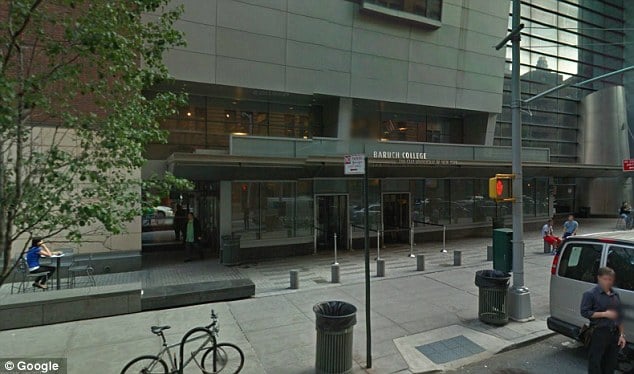 Reports tell the young man died this past Monday after going on to experience “major brain trauma” while taking part in a game during a fraternity ritual in the Poconos.

Authorities tell that Chun Hsien Deng had gone on to suffer his injuries early Sunday but frat members waited “some time“(naturally) to take him to the ER. Yes kids, better to save your ass than your fellow hazing college student.

At the time, Deng was on a retreat with 30 or so members of the Pi Delta Psi fraternity, when they engaged in a game called the Glass Ceiling.

The game itself involves placing a heavy item on a blindfolded person’s back and then giving them verbal directions on where to go while other members of the frat tackle you.

A spokeswoman for Baruch went on to tell that Deng died after “an unsanctioned fraternity pledging event in the Poconos.” Mitchel B. Wallerstein, the college’s president, said in a statement that he “had no knowledge of this event or that the fraternity was rushing a pledge class.”

Update: A Pennsylvania prosecutor says charges will be filed in the death of a Baruch College student during a fraternity ritual.

Monroe County District Attorney David Christine says he won’t decide on which charges to file until police finish their investigation into the death of 19-year-old Chun “Michael” Deng.

Maybe if the university coffers were at risk, institutions would be more willing to take real steps toward reform. As it is, they get to hide behind the “unsanctioned activity” canard so they can rake in donations from Greek alumni. Meanwhile, fraternities and sororities contribute to and uphold oppression in all its forms.

Sadly, the only punishment MIGHT be loss of their charter. For a short while. Otherwise, these assholes, otherwise known as people who murdered someone, will go on their merry way and not feel bad about it at all. Over time, it will become his fault for dying and not their fault for tackling him.