It’s a tradition harking back to the 1500’s on the remote Faroe Islands, located 200 miles off the coast of Scotland. The annual murdering of whales for their blubber and meat. This despite health officials warning that the meat ever be eaten, save once a month.

The practice itself involves entire villages going out in boats, herding pods of pilot whales close to shore and then cutting their necks, turning the waters red with blood.

After the hunt, which takes place every summer, the blubber and meat of the slaughtered animals is distributed among all the members of the community.

Tells Benjamin Rasmussen via featureshoot: ‘It is an incredibly bloody and horrific spectacle, but so are the factory farms and slaughterhouses that raise American beef, pork and poultry. It is just that those abattoirs exist behind closed doors,’

The practice though has its fair share of dissenters and for years, animal rights activists, including the non-profit organization Campaign Whale, have been railing against the killing of whales calling it inhumane, barbaric and completely unnecessary.

Of note, pilot whales are not an endangered species. 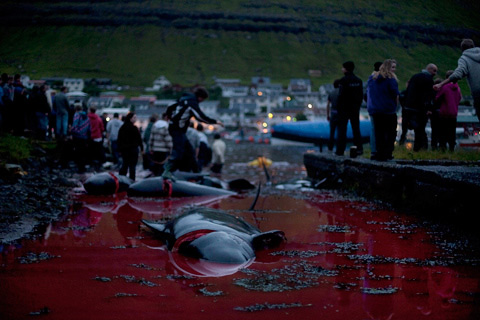 However, the Faroese, who number around 48,000, are extremely protective of their cultural heritage and customs, chief among them the whale hunt, which dates back to the 1500s.

The hunt, known in the local language as ‘gridadrap,’ gets under way at dawn when a pod of whales is spotted off shore.

The hunters lure the animals to a predetermined beach by hitting the hulls of boats with metal and wooden clubs, and then get them on the hook.

Once the whales are in shallow waters, the participants of the hunt sever the trapped critters’ spinal cord, killing them instantly.

Rasmussen, whose father is a native of Faroe Islands, had spent part of his childhood there, eating whale meat and blubber.

He noted that the tradition, so cherished by the inhabitants of the remote archipelago, may soon come to an end since the young generation does not have a taste for whale meat. 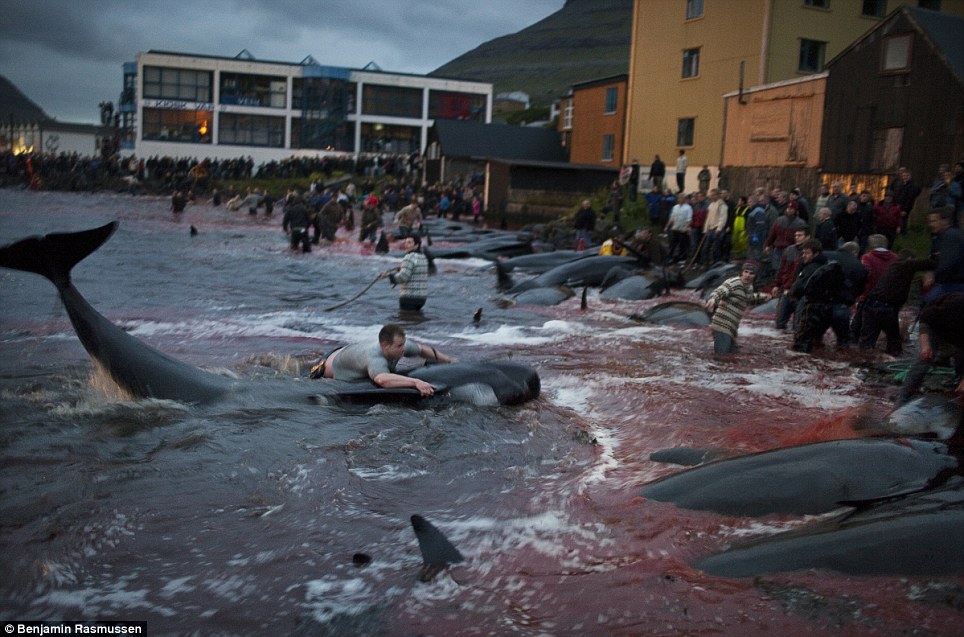 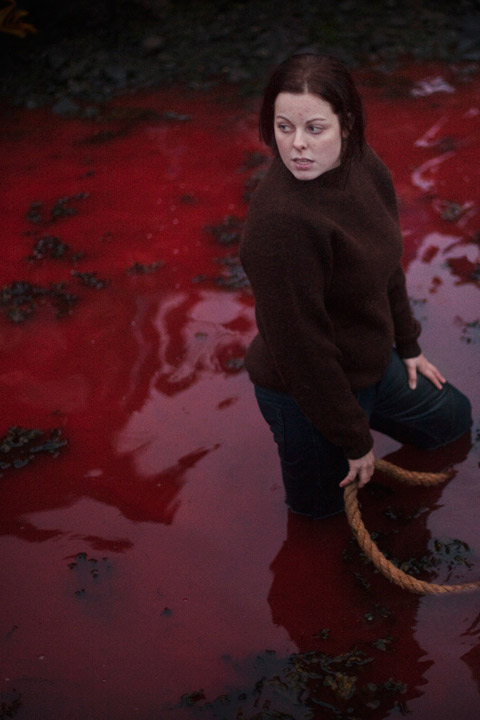