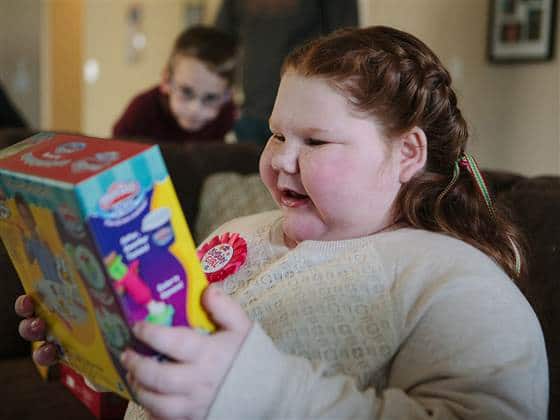 A 12 year old Texas girl, Alexis Shapiro faces the real possibility of dying if she doesn’t undergo gastric bypass surgery. Except there’s one catch, her family’s insurance provider will not pay for the $50K operation because ‘she’s too young.’

At 4’7 and almost weighing at 200 pounds, Alexis Shapiro is constantly starving due to the fact that recent  brain surgery to remove a benign tumor caused damage to her hypothalamus, instigating the development of hypothalamic obesity.

Despite being restricted on a diet of 900 to 1400 calories a day, the girl continues to gain weight.

Since being denied for gastric bypass surgery by TRICARE, the girl’s parents and doctors are asking for the insurance company to reconsider.

Reports tell that Alexis Shapiro has been gaining circa 2 pounds a week and has since been hospitalized for a kidney infection as well as also now having developed type 2 diabetes requiring nightly insulin injections.

Advocating, gastric bypass surgery is Alexis’ pediatric obesity doctor, Dr. Thomas H. Inge of Cincinnati, who believes that surgery is the only way to keep Alexis from gaining more weight which could top 400 pounds.

Dr Inge believes Gastric bypass surgery will not only help destroy the weight, it will also tell her brain that she is not starving and she may be able to curb her painful appetite.

According to the girl’s parents, they were forced to undergo extreme measures to keep their daughter from eating herself to death.

Told her father, Ian Shapiro: ‘She’s always hungry. In the past, we’ve had to padlock the cupboard.’

When asked by psycologists about how she is coping with her condition, Alexis Shapiro has told them she ‘wants to die.’

Tells Alexis’ mother, Jenny Shapiro: ‘She doesn’t have any friends or anything like that,’

‘It’s so sad, because she remembers what it was like before.’

For their part, TRICARE tell the rules are clear, gastric bypass and other weight-loss surgeries may be covered, but only if the patient is 18 or has achieved full bone growth.

Told TRICARE spokesperson, Austin Camacho: ‘In general, our Managed Care Support Contractors are required to approve or deny coverage based on TRICARE policy,’

‘We have an appeals process in place specifically designed to give our medical professionals the opportunity to examine the details of any special cases when coverage is denied,’ said the insurance company.’

Alexis’ parents have begun to investigate other ways to raise money for their daughter’s surgery. They created a Gofundme.com account to raise enough money to cover her daughter’s lifelong health costs.

‘These kids will literally eat themselves to death,’ Jenny Shapiro said. 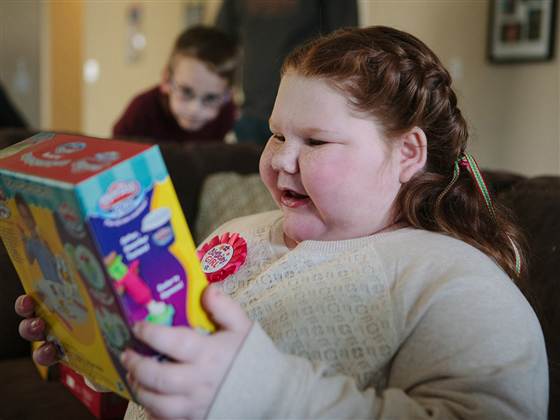 And then there were these comment on the web that made me wonder as well:

2,  Weight-loss surgery is not foolproof.  There are people who have the surgery (any of the available procedures), lose weight, and then regain it.  It is possible to defeat the surgery and nearly 50% of people who lose weight with such surgery have regained their lost weight by 5 years!  This is why the good weight-loss surgery programs require extensive evaluation and counseling before and after this procedure.  In this girl’s case, the surgery will not be magical and, with her body perceiving that it is “starving,” she will have do develop appropriate strategies to avoid defeating the surgery.  Prescription medication, to reduce her appetite, would likely be necessary, also.

However, the insurance company is absolutely correct here. Just because she’s fat does not mean she has not stopped growing. And just because she’s fat does not then mean that once she stops eating and assimulating food, the endocrine issues goes away. On the contrary, the endocrine damage, if left untreated, will get worse if there is not enough diversity of nutrients. Her bone growth can indeed be stunted (and that leads to issues later on in life) . And lets remember, gastric surgery only works for a few years, and can lead to damage later on. There are serious issues of saiteity and health problems with gastric bypass long term. Here is something I Googled:

I know and understand the family’s frustration. But ultimately, is their frustration with a fat girl or with a girl who is genuinely sick. There is a difference, and it seems only the insurance company is acknowledging the truth here.