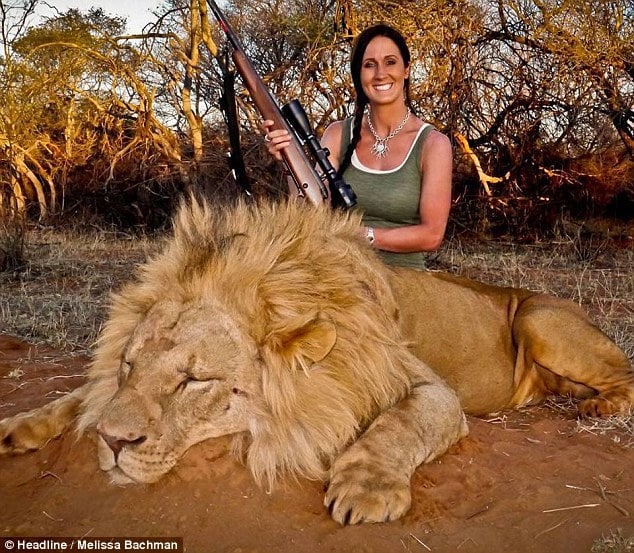 It seems there is little love lost for as she has been dubbed the ‘hardcore huntress,’ Melissa Bachman after the Cape Town, South African based TV presenter went on to recently post an image of a lion she killed on twitter and Facebook.

The image goes on to show a toothy smiley Bachman with her hunter’s rifle who just can’t help but show off her latest prize, that of a cherished male lion (yes kids, Melissa has bigger balls than a lion) in the lions natural habitat.

Tweeted Melissa Bachman at the time: ‘An incredible say hunting in South Africa!’ ‘Stalked inside 60 yards on the this beautiful male lion… what a hunt!’

Unfortunately for Melissa the tweet and Facebook post was not at all well received (did she really suspect it would be?) and within hours of the post many had gone on to express their horror and disgust with Bachman to the point that a petition has now been organized to have the government ban Bachman from the country.

As of time of publishing the petition has already reached over 73 000 signatures.

The petition goes on to note that Melissa Bachman ‘has made a career out of hunting wildlife, for pure sport. Her antics are captured extensively on her personal website: She is an absolute contradiction to the culture of conservation, this country prides itself on.’ 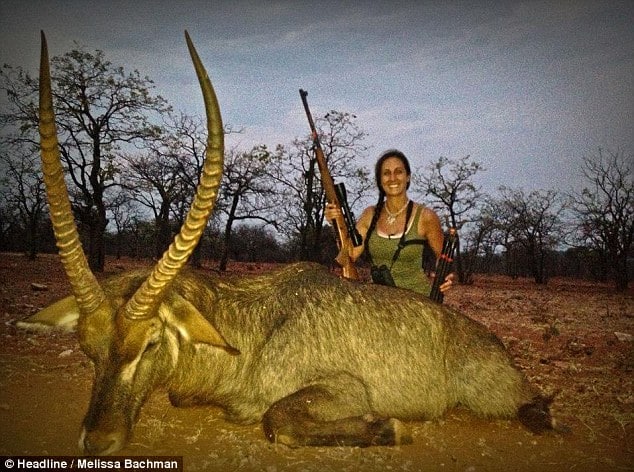 Bachman’s kill has ignited scorn given the fact that the lion is considered a vulnerable species. Numbers are rapidly declining due to loss of habitat and conflict with humans.

However, hunting lions is legal in several countries, including South Africa where Bachman bagged her big male.

A cursory exploration of Melissa Bachman’s social media pages goes on to show the ‘hardcore huntress’ has an affinity for the kill and a great love of hunting.

The ‘Trophy Room’ section of her website features a grinning Bachman with dead deer, antelope, alligators, turkeys and hogs.

Needless to say the latest furor is not the first time Bachman has run afoul of anti-hunting groups.

Last year, she was slated to appear on the National Geographic Channel‘s Ultimate Survivor Alaska but was dropped after a Change.org petition that called Bachman a ‘contracted trophy killer’ was signed more than 13,000 times in less than 24 hours. Which of course posits the latest posting was Bachman’s way of trying to get even and even taunt her detractors. Which might suggest Bachman doesn’t just enjoy hunting animals but humans too in her own compelling way…. 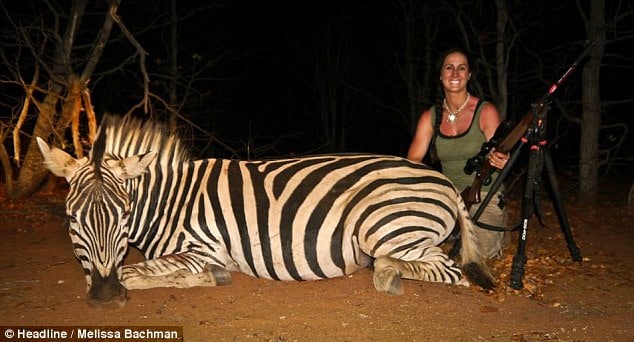 Reacting to the outcry of dissent, Lourens Mostert a manager at the Maroi conservancy where Bachman shot the lion said the hunt was legal.

‘If it isn’t right to hunt these lions, why does out government legally give us permission?’ he told the Daily Telegraph.

‘This is not the only lion that has been hunted in South Africa this year.’

Minnesota-based Bachman, whose blog includes posts such as ‘Why every girl should try bowhunting’ and ‘Stupid hunting regulations I just can’t stand,’ is the host of a television series called Winchester Deadly Passion.

In each episode, Melissa Bachman travels to a locale and hunts its native animals with a variety of weapons including her beloved bow and arrow. One can also imagine she can now attest her Facebook and twitter page as a new kind of weapon too….

And then there was this comment off the web that made me wonder about the challenges of legalized hunting and outlawing it outright:

So, each Hunting Lodge Concession, located outside of, but adjacent to National Parks, allows strictly controlled hunting. Ok. You may not agree with hunting. However, these Hunting Concessions have a second, even more important duty: to kill poachers. In many countries, Game Wardens are allowed to shoot poachers on site. However, Game Wardens are poorly equipped (no money) and often only have a uniform and a gun. No truck. No radio or phone. It is nearly impossible for them to catch poachers in the act. The Hunting Lodges help them. They patrol the borders of the park, and if there are poachers, the Hunting Lodges will kill them.

What’s the difference between the Hunting Lodges and the Poachers? Well, the Lodges sell a tag to a US Hunter for $10,000 – $50,000 depending on the species the hunter wants to attempt to hunt (remember, there is no guarantee they will bag an animal). Part of this money goes to the government for anti-poaching work. Hunting lodges will legally take the one animal allowed. Poachers take everything, all the time. In September 2013, a poaching ring put cyanide into a salt lick – kiling 90 elephants, dozens of antelope, kudu, and predators like lions, hyaena, jackals, hawks and vultures – which ate the dead elephants. That’s the difference.

You may not agree with the concept of hunting. That’s fine. We’re all different. But don’t attack a person for paying to do a legally accepted activity, that does actually help more wildlife in the long view.

By the way, one of my guides in Zimbabwe said this: “Well, now Botswana has made all hunting illegal. That means that there will be no one hunting the poachers. They will get in and decimate the animals in the National Parks. There will be so little wildlife left that the eco-tourism will completely bottom out — and they won’t have any money to try to combat poachers.” 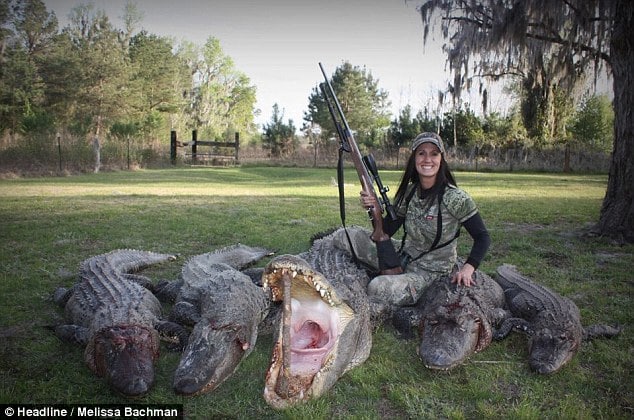 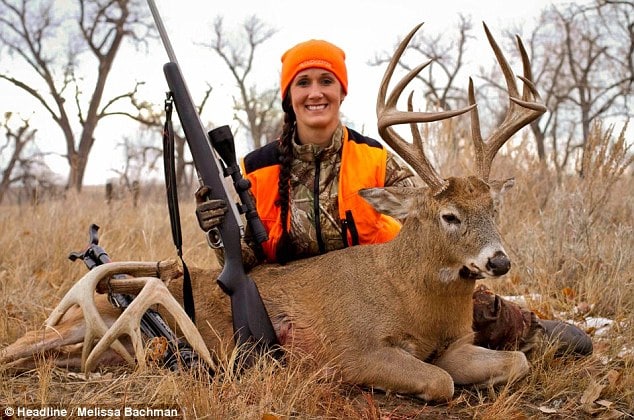