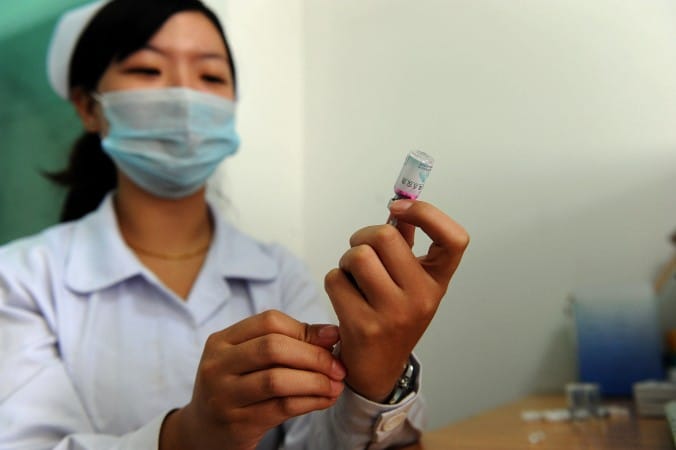 A baby who went on to be found alive before being cremated in China has now dies from internal injuries.

Upon having been returned to hospital in a critical condition mid last week the child went on to die of internal bleeding and organ failure on Friday, according to the Shanghai Daily.

At the time of the child’s discovery at a funeral home, the child had been pronounced dead by doctors at Anhui Provincial Children’s Hospital in Hefei, China.

The child had only managed to escape being cremated after funeral attendants came to hear the one month old baby boy crying.

At the time, the child had been born with gross deformities and was treated by the hospital until his condition deteriorated.

At less than one month old, his parents  purportedly agreed to end his medical treatment when he was transferred to the funeral home.

Since it was discovered that the child was indeed alive, authorities have gone on to revoke the license of the doctor who mistakenly declared the newborn boy dead, the health department in Anhui province said.

They ruled that the doctor – identified only by the surname Zha – was negligent and that hospital’s newborn division was chaotic.

That said debate remains as to whether authorities are deflecting responsibility for the mistreatment of the child given state tendencies to tend to children with disabilities. A conundrum afforded by China’s one child only policy.

Nevertheless a hospital staff member went on to tell state news agency Xinhua the following: ‘Because the baby still had life signs, we continued to give him transfusion to maintain his life for humanitarian reasons,’

The baby was born with a ‘congenital respiratory system malformation.’

That said, this author came across the following comments on the web that has made him wonder:

More like the doctor did not bother doing the proper checks with the baby being disabled. The only time china cared about people with disabilities was when they realised that in hosting the Olympic Games they would also have to host the Paralympic Games as well.

China has cared for over 11.8 million people with disabilities,all paid for by the state,85% of disabled children have received special education,also free and over 6 million blind people have regained their eyesight by free cataract operations.Can any of the so called western democracies even come near that percentage of care.In future check your so called facts before going off on a racist rant against China.Even though the regime is oppressive they do care for people with disabilities.