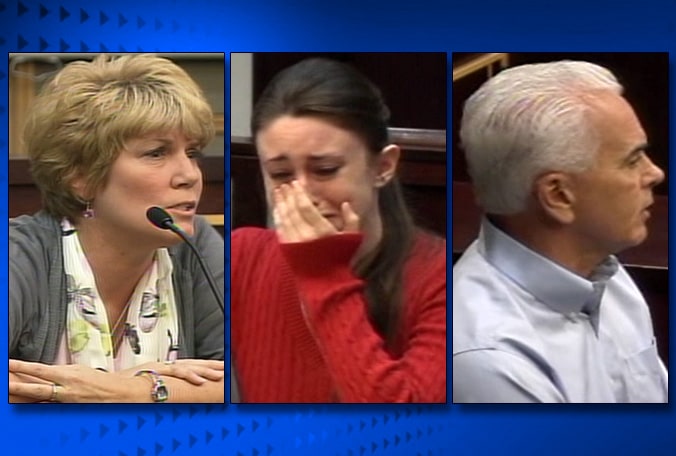 It seems things keep going from bad to worse for Casey Anthony parents as it has now been reported that Cindy and George Anthony face eviction proceedings from their Mount Dara, Florida home.

The 4 bedroom home said to be where Casey Anthony daughter, Caylee died may now be taken away after NationStar Mortgage LLC filed foreclosure papers with the Orange County Register of Actions against the coupe last week.

The eviction marks the second time that the Anthonys have found themselves on the brink of being ousted from their home.

In February 2010, Bank of America began the foreclosure process against the property, but eventually dropped the case, HLN-TV reported.

In July, George and Cynthia Anthony made headlines after selling off their dead granddaughter’s toys and other items during a garage sale in an attempt to raise cash.

Last month, Anthony agreed to pay $75,000 to a Texas-based search charity that helped look for her missing daughter as part of a settlement.

At the time of the initial trial, Casey Anthony reported her 2-year-old daughter Caylee Marie missing in the summer of 2008, 31 days after her daughter was last seen.

Don’t either of them work? Did they quit their jobs in anticipation of a movie or book deal? Were they fired? Why aren’t they paying for the house, they apparently had the money to make the payments when they bought it. And lastly…. Do we really even care?