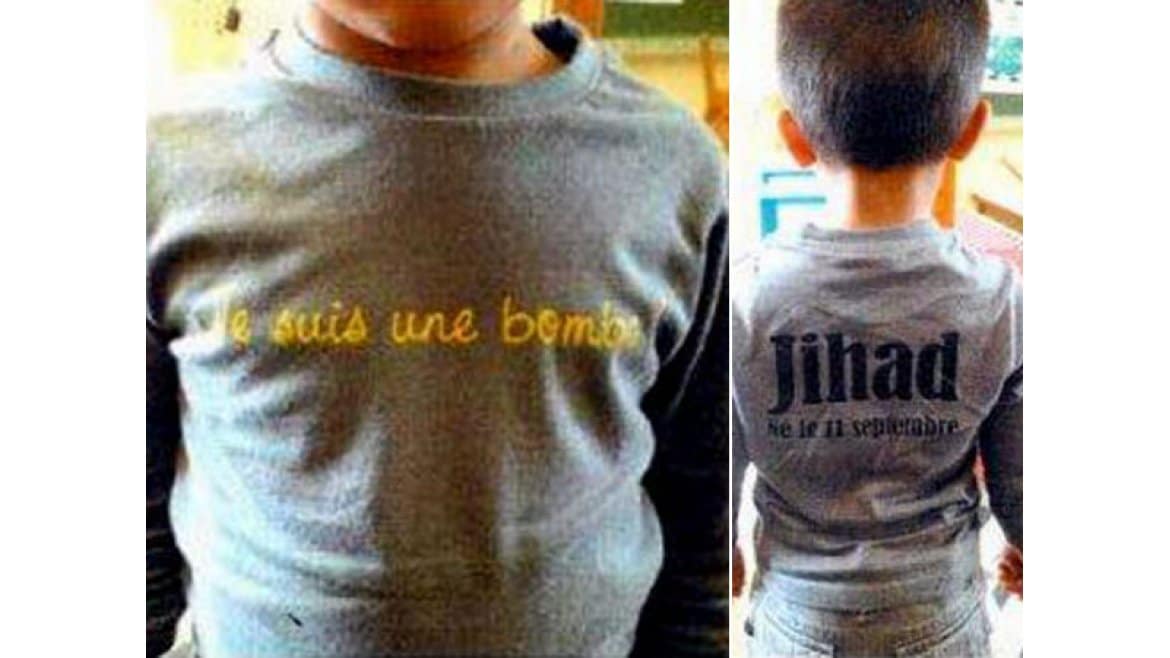 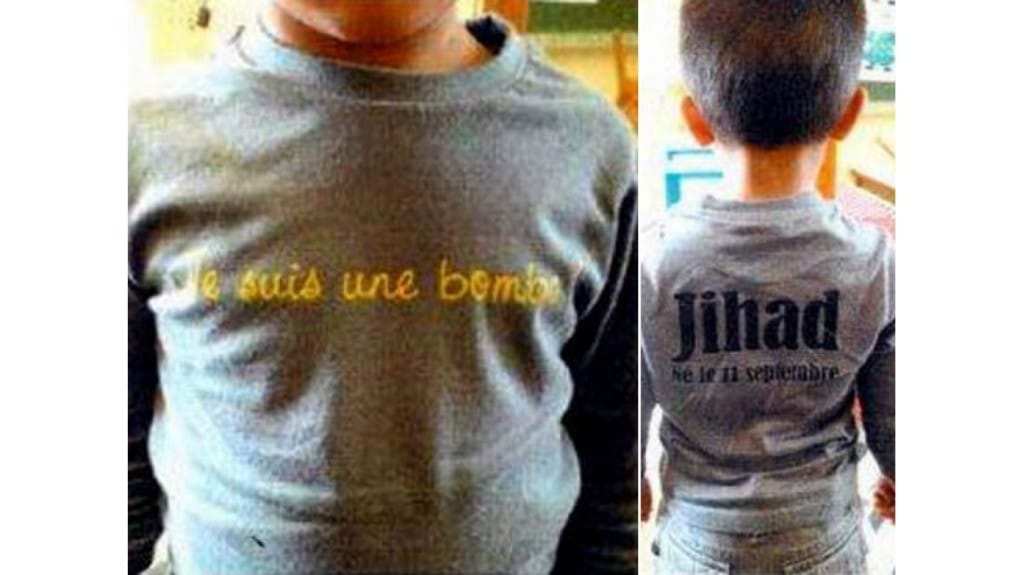 French mother, Bouchra Bagour has been found guilty of ‘justifying a crime’ after local courts heard how she sent her her three-year-old son, Jihad, to school in a T-shirt with the slogans: ‘I am a bomb’ and ‘Born on Sept. 11.’

The case came to light after a teacher at the child’s pre-school in Sorgues near Avignon complained about the T-shirt.

She and the school’s principal were shocked and alerted authorities.

Bagour went on to tell she had put the t shirt on her son ‘without stopping to think about it’ when he wore it to school on 24 September last year.

Told the mayor: ‘I condemn the attitude of the parents who shamefully took advantage of the person and the age of this child to convey a political message.’

Of course one wonders if Mr Lagneau would have been equally offended had the slogan been perceived as anti Muslim.

The UK’s dailymail goes on to note the verdict of an appeals court in Nimes overruled an earlier decision to acquit the pair. 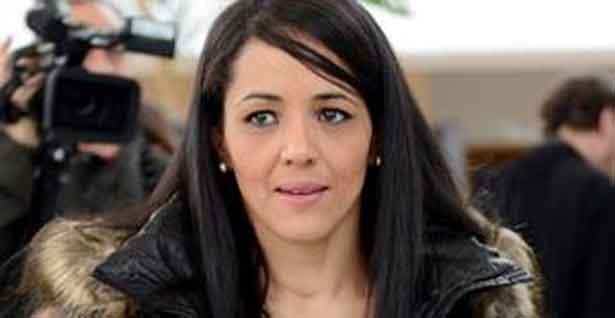 Bagour’s lawyer Gaele Guenon told AP she was astonished the acquital had been overturned.

During her trial Bagour denied the charge of defending terrorism through the T-shirt message.

‘I thought it might make people laugh,’ the mother told France’s Le Parisien.

The expression plays on the popular French saying ‘Je suis la bombe,’ which translates roughly as ‘I am the best.’

The back of the T-shirt read ‘Born on 11 September,‘ but Bagour insisted it was only a reference to her son’s date of birth. Never mind what the general population must have referenced it as…

Bagour’s brother – who gave the child the T-shirt was also charged.

Zayed Bagour denied trying to promote a message by buying the T-shirt.

‘It’s the day his birth I wanted to highlight, not the year,’ he told the court.

In an interview with the newspaper La Provence in November, Boucha Bagour said that while she is Muslim, ‘there is no message to be conveyed by the T-shirt — no intent.’

‘Bomb’ is used in the sense of ‘handsome,’ nothing more,’ she said.

Nevertheless lawyer Claude Avril did not see things that way.

Told the lawyer: ‘Idiocy is often the best alibi to hide real intentions,’

The most scandalous thing is that they’ve used and manipulated a three-year-old child to voluntarily convey the words of a terrorist.’

The prosecutor in Avignon previously told the court the family must have known the reaction the boy’s clothing would provoke.

‘At some point there must be limits. They are not stupid. They understand the significance of what they are doing,’ he told.

Josette Pessemesse, from the far-left Front de Gauche party, wrote an open letter to the court defending the ‘right to humor.‘ It was signed by around 50 people.

‘This is the same as qualifying all Muslims as terrorists,’ Pessemesse told France Info. 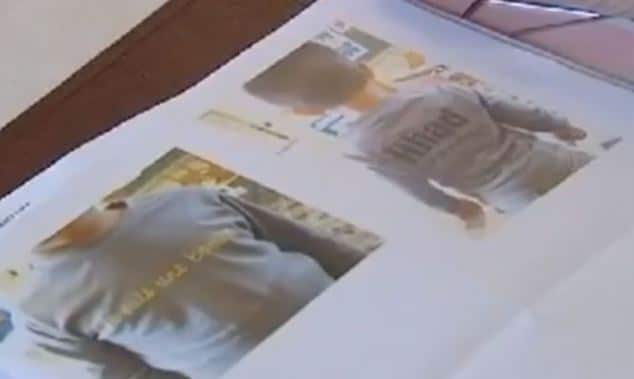